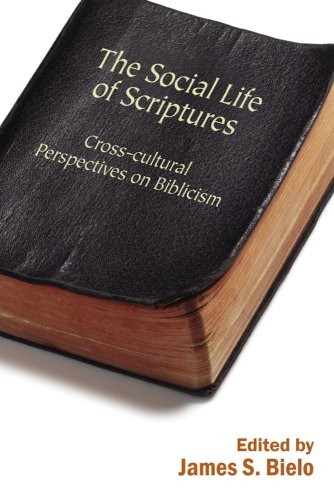 They do, however, make it possible when speaking of the influence of Scripture to move from the romantic and the abstract to the concrete and the particular. Those of us who are already lining up for the 2011 celebration of the KJV should read and heed.

4. "Biblicism" is not used disparagingly here, but as a word trying to encompass beliefs about the Bible, strategies of interpreting the Bible, ways of putting biblical words to use, and treatment of Bibles as physical objects.