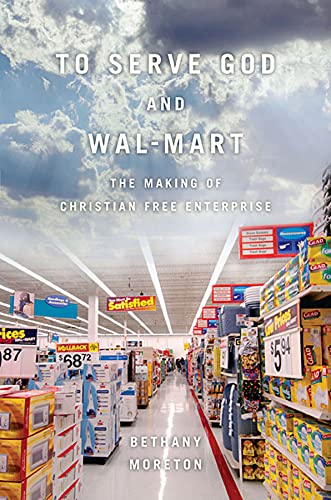 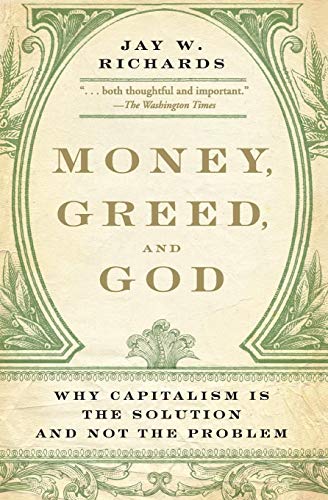 Two cheers for the market economy.

So is capitalism Christian or not? Can we be about building the Peaceable Kingdom while at the same time unabashedly championing the globalization wealth machine? Surprisingly, perhaps, both of the books reviewed here answer with a nearly unqualified "yes." But if the two books share a common answer, they differ significantly in their approaches to the question. Bethany Moreton's To Serve God and Wal-Mart: The Making of Christian Free Enterprise is rigorous historical analysis that views the question of Wal-Mart's rise to retail hegemony through multiple interpretive lenses: geography; gender analysis; family history; labor history; and the role of government, religion, and political culture. What ultimately emerges from all of these vantage points (although somewhat impressionistically, as one might guess) is a picture of how American Christendom came to set aside its misgivings about Mammon and whole-heartedly embrace a world of big box retailers and everyday low prices.

On the other hand, Jay Richards' Money, Greed, and God: Why Capitalism is the Solution and Not the Problem is a polemic organized into eight chapters, each of which is designed to bust a myth about the supposed evils of capitalism. Apparently some American Christians need a basic education as to the compatibility of their faith with free-market capitalism—or perhaps they need more theological ammunition to defend what they already love but feel slightly uneasy about.

Moreton's story is indeed a fascinating one. Set in Ozark country—the middle of Middle America—her narrative begins with the Populist heritage of William Jennings Bryan and other demagogues who regularly used religious language and rationale to rail against the monopolistic practices of East Coast robber barons. Ironically, this is precisely the region where Sam Walton, a few generations later, would launch the Wal-Mart revolution that would ultimately reach around the world.

What happened in between, Moreton explains, ...