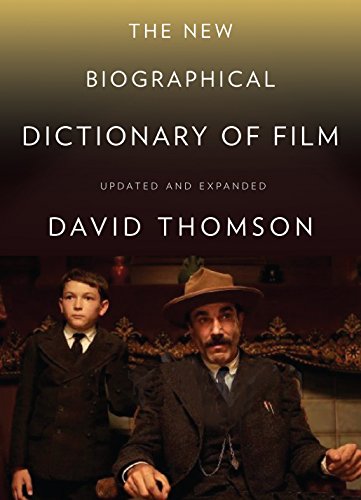 A new iteration of David Thomson's indispensable companion for movie-lovers.

Editor's Note: In this issue, we feature a guest column by film critic and novelist Jeffrey Overstreet. You can find his film review archive at lookingcloser.org.

If I had my way, every movie would come with a warning stamp: "Viewer Discussion Advised." Consumer culture provides us with myriad moviegoing choices, but it rushes us from one experience to the next. The post-viewing conversation is a rare event. We swallow our meals without chewing them, and that can have serious consequences.

My passion for the "postgame show" developed simultaneously with my love for cinema. Growing up in a conservative Christian community that frowned on movies and moviegoers, I watched Gene Siskel and Roger Ebert engage in epic, emotional arguments about the very movies I was not allowed to see. Those compelling discussions taught me that art was meant to be taken seriously, and that excellence mattered. Now, I work hard to find the civil, substantial conversation that Siskel and Ebert once modeled for America. The show's first reboot was shallow, but previews of another reboot are promising. Do we have attention spans to engage in anything more than a quick star-rating on Netflix?

I think we do—and that's why I'm overjoyed to be holding a copy of the massive fifth edition of The New Biographical Dictionary of Film, by the British film scholar David Thomson. As conversation-starters go, there's no better kindling. Since it first appeared in 1975, Thomson's idiosyncratic guide has been an essential reference. This new edition has almost a thousand entries, 300 of them new.

Arranging his thoughts by biography rather than by film title, Thomson is able to teach us about films we already know even as he inspires us to look up others by the same artists. Further, he includes biographies of off-screen personalities important to movie lovers—like film theorist Andre Bazin and film critics Pauline Kael and James Agee. Thomson can characterize a director in a line: "Hal Hartley is offbeat ...