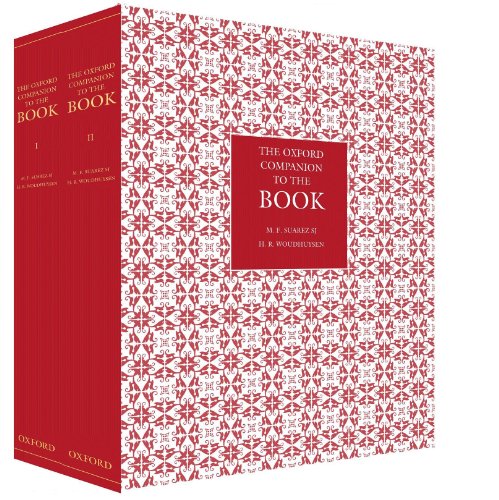 1. No one really understands what a book is. Not so long ago we thought we did: a book was an easily recognizable object, sheets of paper gathered and bound on one side, usually with glue, sometimes with thread. Some kind of cover to protect the pages, made of cloth or thick paper or shiny card stock or (in exalted circumstances) leather was normal, though if the cover happened to be torn away the book was still recognizably a book.

Alas, we are already in difficulties. By the definition I have just provided, the copy of Books & Culture you are holding is a book. But if I tried to retrieve such a copy by asking "Would you please hand me that book?" I would receive only a puzzled look. Everyone I know above the age of eight or so has a reasonably clear and accurate understanding of the conventions that separate books and magazines, even though it would be perfectly possible to publish a novel in the shape of Books & Culture or Books & Culture in the shape of a mass-market paperback or a leather-and-India-paper Bible.

Moreover, some of you may have stuttered for a moment in your reading when I mentioned "the copy you are holding" because you are not holding anything—you're reading on a computer screen—or because what you are holding is not made of paper but is rather an iPad. And if you are holding an iPad, and you shift from its web browser to the iBooks app or the Kindle app, and commence reading Great Expectations, are you then holding a book? What if you have an iPod or other media player clipped to your shirt and are listening to an audio version of Dickens' novel? Where is the book then?

Ah, our postmodern world, deconstructing the everyday: "All that is solid melts into air," as Marx and Engels wrote in The Communist Manifesto, which, not incidentally, is usually called a book but has also been called a pamphlet—is that a particular kind of book or something different from and smaller than a book?—and in any case was published simultaneously as a bound volume and as a serial in a German-language London newspaper. (If it had only been published in the latter format, would it still be a book, or a pamphlet?)

Given that The Communist Manifesto appeared in 1848, we may discern that our problems with definition don't have anything, really, to do with postmodernism. Overleaping a great deal of history, we might even go back to the prophet Jeremiah: "Jeremiah wrote in a book all the evil that should come upon Babylon, even all these words that are written against Babylon" (51:60). So reads the Authorized Version, and some modern translations say much the same; however, the New International Version and others prefer "Jeremiah had written on a scroll …." The same Hebrew word, sefer, turns up repeatedly in the Old Testament: "This is the book of the generations of Adam" (Gen. 5:1). "Then Hilkiah answered and said to Shaphan the secretary, 'I have found the Book of the Law in the house of the LORD'" (2 Chron. 34:15). "Oh that my words were written! Oh that they were inscribed in a book!" (Job 19:23). "You have kept count of my tossings; put my tears in your bottle. Are they not in your book?" (Ps. 56:8). Thus also we refer to the "books" of the Bible: most of them filled one scroll each.

Matthew has the same thing in mind when he begins his Gospel by identifying it as "the book of the genealogy of Jesus Christ, the son of David, the son of Abraham." The word he uses here is biblos, which will be immediately familiar. Whether you translate sefer and biblos as "book" or "scroll" depends, I suppose, on whether you think their prime meaning involves a particular technology of writing or rather a complex and hard-to-specify concept of what I shall call expressive fullness. In this latter sense a book is a textual document of considerable length—would that we could define "considerable," but we cannot, we dare not—that expresses a long story or complex sequence of thoughts wholly, completely. A short poem may also be complete—perfectly so, in fact—but it does not carry with it the sense of fullness that a book does.

When people say "I want to read [or write] a good book," they want to encounter a writer's mind, or just an exciting story, and they want that encounter to be extensive, to require at least time and minimal attentiveness from its readers, and to achieve a satisfying finish. I expect that people expressed similar desires when the reigning technology was the scroll, or even in pre-literate cultures: great bards like Homer could toss off brief tales like bagatelles, but their fame was built on the mastery of narratives of epic scope. People have continued to desire such big works over these many centuries in which the reigning technology is the bound volume—properly called a codex—and will express them still even if codices become as archaic as scrolls are to us, and screens rule the world of text.