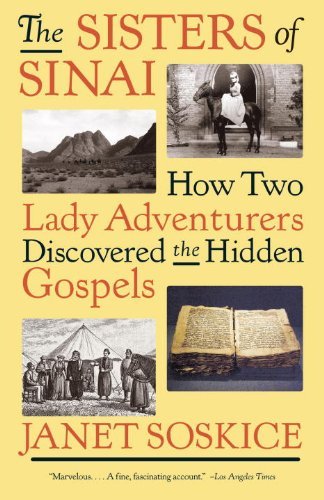 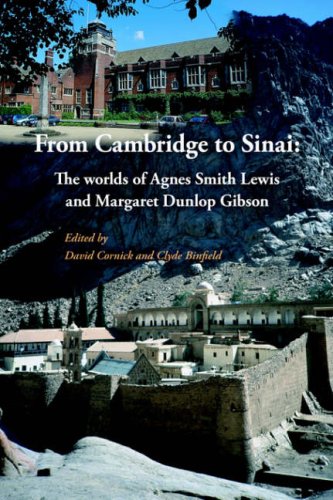 The twins who discovered an ancient Syriac version of the four gospels.

In 1892, the widowed, middle-aged Scottish twins Agnes Smith Lewis and Margaret Dunlop Gibson, ne Smith, discovered at St. Catherine's monastery, Mount Sinai, an ancient version of the four canonical gospels, known today as Codex Syriacus Sinaiticus. It was one of the greatest biblical manuscript finds of the 19th century. This codex offered valuable clues on matters of textual criticism: as Luke's gospel follows in the same column immediately after Mark 16:8, the witness of Syriacus Sinaiticus against the longer ending of Mark was particularly strong. Besides suggestive omissions, it also sheds light on the New Testament in numerous other ways. As Syriac is a dialect of Aramaic—Jesus' native language—some scholars have even argued that it conveys certain details more accurately than the Greek.

The improbable story of the "heavenly twins" has recently been explored in an admirable scholarly collection edited by David Cornick and Clyde Binfield and then popularized in Janet Soskice's well-researched and lively Sisters of Sinai. Staunch Presbyterians, Agnes and Margaret could discern in retrospect how the Almighty had providentially been preparing them throughout their entire lives to receive the gospel on Mount Sinai.

A remote branch of the twins' family had been populated by entrepreneurial, miserly bachelors. As they died off each in turn, the fortunes compounded. When the last one passed, the resulting inheritance taxes were the largest sum ever paid by a Scottish estate. The chief individual beneficiary was the twins' widowed father, John Smith. When Agnes and Margaret were 23 years old he died, leaving a bountiful fortune to them on the condition that they always live together. This they did. They even conveniently took turns being married, with Agnes being sister-in-law-in-residence until Margaret's husband died and then the other way around, these non-overlapping marriages equably lasting three years apiece.

Both twins were very bright, but Agnes was ...