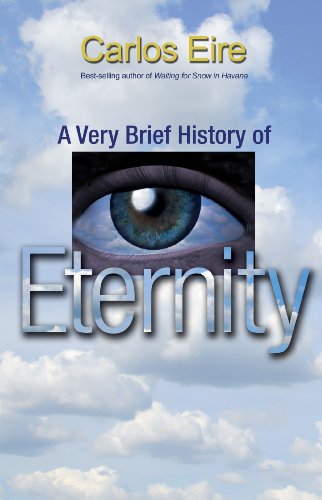 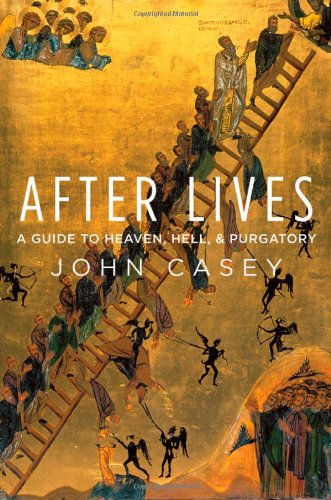 Changing conceptions of the afterlife.

Crowds gather at the top of every hour in Prague's Old Town Square to see the wondrous display of a 15th-century astronomical clock whose inventor was blinded in order to prevent him from re-creating his masterpiece elsewhere. On either side of the geocentric clock, there are four moving figures: the Turk shaking his head (symbolizing lust), the Jewish moneylender clenching his bag of gold (greed), and the well-dressed man gazing into his mirror (vanity). But what captured my attention was the grimacing expression of the skeleton (death). Pulling on a rope in his right hand and inverting an hourglass in his left hand, he seemed to communicate Job's fearful wisdom: "Man who is born of a woman is few of days and full of trouble. He comes out like a flower and withers; he flees like a shadow and continues not" (14:1-2, ESV). At that moment I experienced the intersection of time and eternity.

Two recent books look back to eras when this intersection was a profound, vivid, even quotidian experience among human beings and consider why—in the judgment of many savants today, at least—it has almost vanished. Coincidentally, both authors hail from Catholic backgrounds where the skeleton inverted the hourglass in their childhoods, leaving them agitated about extinction and eternity.

In A Very Brief History of Eternity, Carlos Eire, a historian of religion at Yale University, describes a moment of illumination when he recognized the way in which a certain understanding of eternity has shaped his life: "I realized that my own behavior has been determined in large measure by how I think of my eternal fate, day in and day out, and that all of my thinking on eternity has been inextricable from the cultural matrix in which I have lived." From that insight another followed: "Eternity had a history, it dawned on me, … and maybe it was high time for someone to write about it, concisely, for even when it's absent from view, eternity can make a hell of a difference."