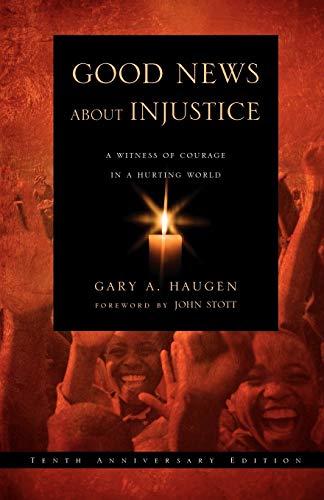 When he invited former strip club dancer Harmony Dust to address Phoenix's Bethany Bible Church, outreach pastor Brad Pellish raised a few eyebrows. But Pellish had been learning some harsh truths about the commercial sex industry in Phoenix. He thought his flock should know about the despair the women behind the Nude Girls signs felt. That they would probably be horrified to know that the average age of entry into prostitution in Phoenix is 13—and that brutal pimps forcibly kept many in this lifestyle. He wanted his church to join him on a new mission into some dark and scary places.

In August 2007, Pellish had attended the simulcast of the annual Willow Creek Leadership Summit. There he heard Gary Haugen, founder and CEO of International Justice Mission (IJM), a Christian human rights agency, talk about combating the large-scale problem of sex trafficking and forced prostitution in south Asia. "It was the first I'd heard of IJM and I thought, 'Ok, we will add them to our missionary support list and I'll feel better,'" Pellish admits sheepishly. Within days, though, he received an email invitation from Food for the Hungry, a Christian relief and development organization headquartered in Phoenix, to attend a meeting with other church leaders about child rape for profit in the city. "I'm not such a simpleton that I could miss out on this one," Pellish laughs. "When God did both these things in about a week or ten days' time, I knew in my heart he was saying to me, 'Brad, you've ignored these issues for too long.'"

At the meeting, Pellish and the other pastors watched Branded, a documentary on child prostitution in Phoenix. (The title refers to the fact that many pimps use heated wires to physically mark "their" girls.) "I heard that those things Gary [Haugen] talked about were happening right here in my own city," Pellish says. "I left the meeting that day resolved that Bethany Bible Church would be involved."

Pellish designed a short preaching series called "Enough is Enough." Then-senior pastor Dave Gudgel delivered brief messages on God's heart for justice and Pellish conducted interviews with guests like Harmony Dust and Food for the Hungry's Pat McCalla, who had helped to spearhead the Branded initiative with multiple churches and public officials.

"I knew we would need an action step," Pellish recalls. "And I knew we weren't Willow Creek, so we couldn't do something on a grand scale. But we needed to do something." Bethany Bible decided to begin by supporting local vice squad officers.

Church members were encouraged to purchase gift cards to 24-hour fast food restaurants. When the cops picked up underage girls working the streets, the girls were typically hungry. (Though they might have cash on hand, they didn't dare risk their pimp's wrath by spending their earnings on food.) So the vice cops paid out of pocket for burgers or tacos. "We decided that needed to end," Pellish reports. "We did a gift card drive and had over $3,000 in cards come in." Vice Officer Chris Bray, a 20+ year veteran of the Phoenix PD, was shocked. No church group had ever done anything like that before. Now Bethany has launched a new prayer initiative called Vice Undercover, to "keep the vice squad under the cover of prayer."

The church has also launched a new outreach to exotic dancers. Several women from Bethany traveled to Harmony Dust's "Treasures" ministry in Los Angeles, receiving training on effective ways to communicate Christ's love to strippers. Through the new program, the church volunteers will deliver cards and gift bags on weekend nights to the dancers. They hope to jumpstart conversations and new friendships that could help these women find a way out of the commercial sex industry.

In May, Bethany hosted a fundraiser featuring nationally renowned comedian Carlos Oscar. Pellish had shown Oscar the Branded DVD; deeply moved, the comedian had pledged to help. "The church underwrote the event," Pellish reports. "We sold more than 2,000 tickets and raised over $35,000." The money will support the counseling ministry at a new safe house for girls rescued from forced prostitution. Streetlight, a new nonprofit formed largely through the efforts of Christ Church of the Valley, a megachurch in northwest Phoenix, recently purchased the property. Leaders there had watched Branded and immediately determined to act.

"Since we've decided to do this, God has brought some new people to our church," Pellish reports. "We couldn't have orchestrated it. We've got people in the church from the commercial sex industry and they feel comfortable here because they are loved. Two years ago," he admits, "I'm not sure Bethany would have welcomed them."