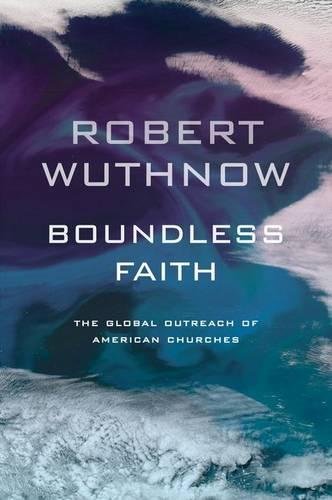 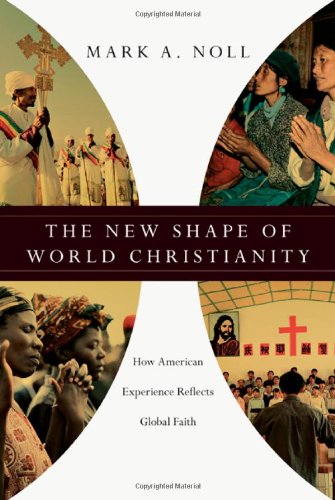 Raise your hand if you believe the following statements are true.

1) In 1970, Christianity was a predominantly Western movement, but by 2000, surging growth in Africa, Asia, and Latin America meant that the majority of Christians lived outside the West.

2) While Christianity in the United States was declining notably in the 1990s in numerical terms, in African countries like Ghana it was growing rapidly to majority status.

3) The number of career missionaries from the West is declining as the church of the "Global South" takes up the mantle of leadership in mission.

It's okay if you found yourself, like an uneasy schoolchild, raising your hand to half-mast, wondering if the teacher was playing a trick on you. Each of these statements represents a widely circulating current of thought. And each of them contains a grain of truth. But each is misleading or outright false:

1) In 1970, 49 percent of Christian adherents already lived outside the West, so it would be misleading to say that Christianity even then was a "predominantly" Western religion.

2) Christianity has been astonishingly durable in the United States for many decades, including in the 1990s. Perhaps more surprisingly, 95 percent of the growth of Christianity in Ghana in the 1990s was simply the result of population growth, not a dramatic shift in religious affiliation. In fact, most of the remarkable growth, percentage-wise, in Ghana and other parts of Africa happened in the 19th and early 20th centuries. The strength of Christianity in these countries today actually comes from consolidating its institutional strength as it becomes a second- and third-generation phenomenon, not from ongoing dramatic levels of conversion.

3) The United States is sending out more missionaries than it ever has before, and they still far outstrip the numbers arriving in the United States from the Global South. And this does not even account for the explosion in American short-term mission volunteers, whose numbers may approach two million per year.

Both Robert Wuthnow's and Mark Noll's new books puncture a number of commonplaces about global Christianity and America's place in it, although they do so from notably different angles. Wuthnow is an eminent sociologist of religion who possesses a formidable capacity for memory and analysis combined with an abundance of research assistants. He synthesizes a vast amount of background reading, original research, and reinterpretations of standard datasets to survey the ways American Christians currently relate to the wider world.

One of Wuthnow's stated aims in Boundless Faith is to refute what he calls the "Global Christianity paradigm," a narrative of Western Christian decline and Southern ascent that has given rise to many of the hasty conclusions summarized above. (Inevitably, Wuthnow finds the source of this paradigm in Philip Jenkins' influential book The Next Christendom, though Jenkins does not focus nearly as much on Western decline as readers of Wuthnow might be led to believe.) Wuthnow musters evidence from far and wide to push back strongly against the idea that the United States is a fading force in global Christianity. To the contrary, wherever his sociologist's gimlet eye turns, whether to sources of funds, centers of theological education, or activities of local church members, he finds continued American activity and influence, and in many ways he finds that American Christians may be more internationally minded than they have ever been.

It is not sufficient to declare that the sheer numbers of global Christianity are shifting "southward." With typically patient precision, Wuthnow points out just how complex and unstable are the categories of "West," "North," etc., and how difficult it is to pin down exactly what is meant when we refer to the "Global South." Can Latin American Christianity, which many North Americans would reflexively include among the emerging centers of Christian strength, really be an example of a "southward" shift when Catholicism has been the dominant religion there for five centuries?

Even granted the new demographic profiles of Christian adherence, when the preponderance of finances, institutions, and technological expertise remains in a handful of "Western" countries, we can legitimately question whether the "center of gravity" of Christianity has shifted. I remember having a fascinating and challenging conversation with a theological educator in Chennai about the shifting nature of ethnic and national identity in postcolonial India, and realizing that he would greatly enjoy and benefit from talking with a pastor I had met in Kenya a few years before. Aside from the facts that the conversation was in English, and that both men had received their theological training in the United States, I suddenly realized that were the two ever to have the opportunity to meet, they might well find it most convenient to connect on flights through Europe in order to do so. Among the three of us, "non-Westerners" outnumbered the Westerner by two to one, but in the realm of cultural power I held a decided, if entirely unearned, advantage.