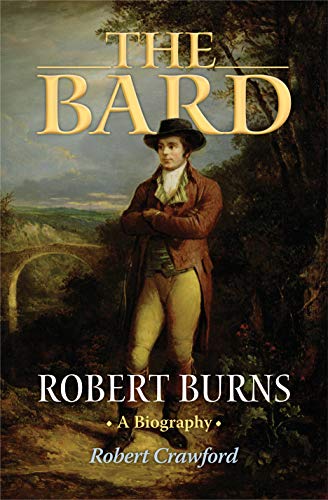 In October 2008, Bob Dylan confirmed Robert Burns' legacy when he identified him as his greatest inspiration. That's not to say the Scottish Bard needed a nod from an American rocker to be considered relevant. Burns Night is still celebrated on January 25th the world over—with scotch and haggis, wherever possible. And people still love a good love song, be it "O My Luve's Like a Red, Red Rose" or "Buckets of Rain." But Dylan's endorsement does argue for Burns' continued influence on living writers.

Even so, Robert Crawford's biography—published last year to mark the 250th anniversary of the Bard's birth—risks overstatement in introducing Burns as "the world's most popular love poet" and "the master poet of democracy." The connection is expectable enough, considering the affinities of Romantic individualism and democratic politics, but couched in such superlatives it seems too definitive. Assuming that good biographies are more often marked by careful understatement than by hyperbole, the reader enters the main chapters with caution.

Crawford argues for Burns' inclusion in the academic canon—"globally," he observes, "classroom taste for [Burns'] work is limited." Never mind that the poet "gleefully cocked a snook at 'Colledge-classes!'": he ought to be not only included but regarded as indispensable to the development of modern British and American literature—and culture in general. But the case for these large claims remains sketchy. Crawford is a professor at the University of St. Andrews, and one senses that he is slightly pleased with himself when he writes in common slang, or indeed, when he waxes jocular to any degree: "The twenty-first-century Burns biographer requires an instinct for self-defence, and, ideally, a Kevlar vest." In the end, humor does not soften the blow of Crawford's self-seriousness. "It is time for a biography," he announces, that rescues Burns from "unfashionable status in academia." Yet he also offers a caveat: ...