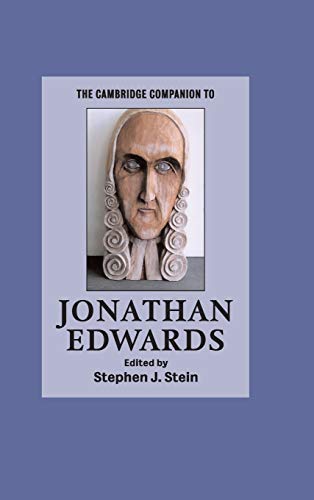 At one point toward the middle of my time in grad school, I was rummaging around for a dissertation topic. I had been planning, tentatively, to write about the intersection of religion and politics (which scholars then called "civil religion") in antebellum America. As I searched through the writings of pastors and theologians and other intellectuals during the period, I was struck by a common theme that seemed to pop up everywhere. Nearly everyone seemed to refer to "the great President Edwards" (Jonathan Edwards [1703-58] had been president of the College of New Jersey—the later Princeton), and many of the theologians insisted they were simply carrying on what President Edwards had started. Even when they weren't!

In other words, if you were a pastor or theologian back then and wanted to gain a hearing, you had to claim the mantle of Edwards to be considered legitimate. This wasn't true of every last theologian, but it was surprising to see that even those who clearly rejected important parts of Edwards' thinking, such as Charles Finney, nevertheless felt compelled to claim connections to Edwards and his theology.

So I decided that if I was to understand religion in the early Republic, I would have to go back almost a century, from the early 19th to the mid-18th, to learn what this towering icon had to say. I figured I could spend a week or two there, get control of Edwardsean basics, and then return to more interesting things in the 19th century.

Well, I went back and got stuck. Edwards' deep and penetrating mind would not let me go.

Not everyone who reads Edwards is attracted to him. But he has always provoked extreme reactions. Harriet Beecher Stowe complained that Edwards' sermons on sin and suffering were "refined poetry of torture." After staying up one night reading Edwards' treatise on the will, Mark Twain reported that "Edwards's God shines red and hideous in the glow from the fires of hell, their only right and proper adornment. By God, I was ashamed to ...