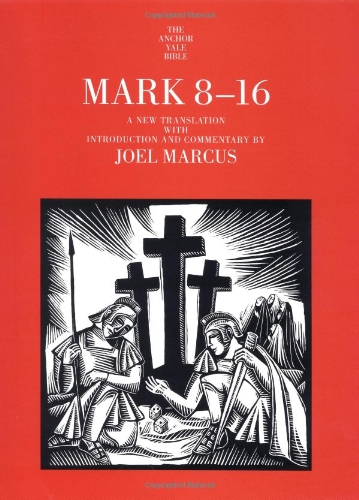 Volume 2 of a major commentary on Mark.

Pastors, professors, and students, with a light sprinkling of ordinary churchgoers, read commentaries on books of the Bible. "Commentary" is a unique genre, unique both for users and writers. My own story of commentary writing is spotty. My first contract as a young professor, which arrived with a personal invitation from F.F. Bruce, led to seven years of misery for a variety of reasons, not the least of which was that I wanted to reinvent the wheel on interpreting the Gospel of Matthew. Well beyond half of those years, I realized, when I was still working on chapter 1 and thinking that all I had written was rubbish, it would take two volumes to write the commentary. F.F. Bruce had passed on to his eternal reward and Gordon Fee had been appointed as the general editor of the series, and he gave me permission to write two volumes. After another year or so, now into chapter 2 of Matthew and convinced it was still rubbish, I ashamedly asked Gordon to excuse me from the contract, and I promised myself I'd never do that again. I've since finished a commentary on James (due in 2010), but I learned some valuable lessons early on.

I could generalize my experience into"don't ask young professors to write substantive commentaries,"but some, like my friends Ben Witherington and Joel Green and Craig Blomberg, have managed to write commentaries effortlessly for more than two decades. My own conviction about commentary writing is that one can write out what one knows and get the thing done in a year or two or three, or one can work for a long, long time. Joel Marcus, whose second and concluding volume on Mark has just appeared in the ever-evolving Anchor Yale Bible series, belongs to that latter group. Marcus, a professor of New Testament at Duke Divinity School, confesses that he worked on this commentary on Mark for approximately sixteen years, and it looks like it.

In Marcus you will find the ultimate dream attempted when it comes to commentaries: mastery of the text itself, the ...