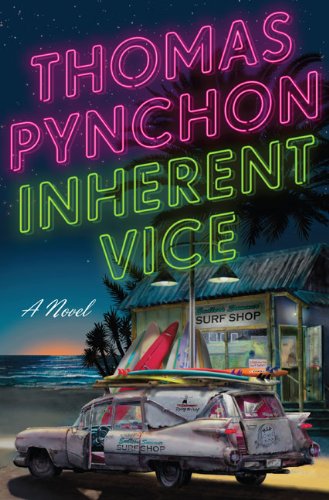 I'm writing in the first week of August. Three nights ago, I started Thomas Pynchon's just-published novel Inherent Vice, completing it the following night. You won't have this issue of Books & Culture in your hands until several weeks later, by which time—if you are a Pynchonian—you will already have read the novel twice, maybe three times, even if it isn't among your personal favorites. (My own list would start with The Crying of Lot 49, followed by Against the Day.) You may have visited the Inherent Vice wiki, maybe even contributed an annotation or two. In that case, you won't mind spoilers, though you may be bored. If you haven't read the novel yet but think you might, turn the page for now. And if you haven't read the novel, have no intention of doing so (Pynchon isn't your cup of tea, or you don't read much fiction at all), but are still interested in a report, proceed to the next paragraph.

Inherent Vice is set in 1970 in a fictitious Southern California town, Gordita Beach (mentioned in Pynchon's 1990 novel, Vineland, and bearing a resemblance to Manhattan Beach), where the protagonist, Larry "Doc" Sportello, is a private eye: "The sign on his door read LSD Investigations, LSD, as he explained when people asked, which was not often, standing for 'Location, Surveillance, Detection.'" Imagine Philip Marlowe as a laid-back dope-smoking "gumsandal," much less physically impressive than the Chandler prototype, on the short side in fact, but winsome in his own way, and you begin to get the picture. Sure enough, the book begins with Doc, like Marlowe and Lew Archer before him, visited by a client of sorts:

She came along the alley and up the back steps the way she always used to. Doc hadn't seen her for over a year. Nobody had. Back then it was always sandals, bottom half of a flower-print bikini, faded Country Joe & the Fish T-shirt. Tonight she was all in flatland gear, hair a lot shorter than he remembered, looking like she swore she'd never look.