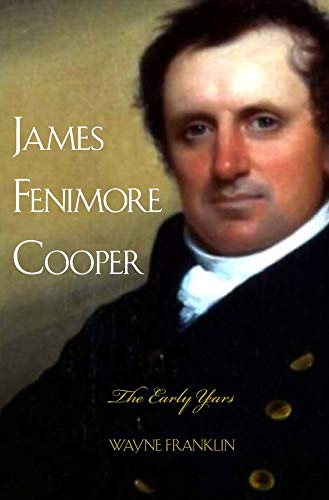 The Founder of American Literature

This volume, the first installment of a projected two-volume study of James Fenimore Cooper, covers Cooper's life from his birth in 1789 to his departure with his family in 1826 for an extended sojourn in Europe. What Wayne Franklin, director of American studies and professor of English at the University of Connecticut, sets out to accomplish with this work is much more than simply a biography of Cooper—it verges on being a cultural history of the era, as seen through the eyes and actions of James Fenimore Cooper. This exhaustive study seems to cover every aspect of Cooper's life in detail, and it provides monumental documentation in its 150 pages of endnotes. It is the first major biography of Cooper to make use of primary materials belonging to Cooper's descendants and until recently unavailable for public inspection.

At times Franklin's treatment of the minutiae of Cooper's life threatens to convert his exhaustive study into an exhausting one. The four pages on the horserace between New York's "American Eclipse" and Virginia's "Sir Henry" at the Union Race Course in Jamaica in 1823, for example, will tell most readers much more about the New York racing scene than they want to know. And occasionally, given Franklin's tendency to delve into every nook and cranny in any way related to Cooper's life, there are surprising (though small) gaps. For example, after a lengthy discussion of the massive land losses suffered by the loyalist DeLancey family (Cooper's wife Susan was a DeLancey) during the Revolution, and the tracing of Major John Peter DeLancey's movements as a member of the Pennsylvania Loyalists during the war and his relocation to England, we suddenly find DeLancey back in Pennsylvania living at Heathcote Hall, with no indication of how it came into his possession.

But these are minor complaints, for this is a well-written and well-researched study of the man who was, in the judgment of Robert Penn Warren, "the founder of American literature." [1] Franklin's ...