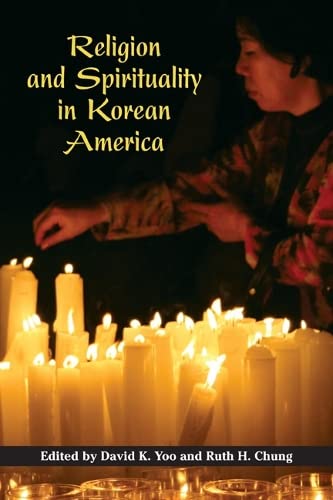 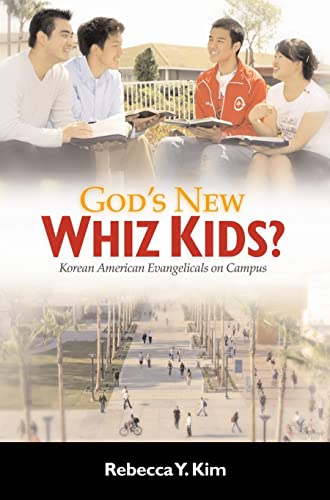 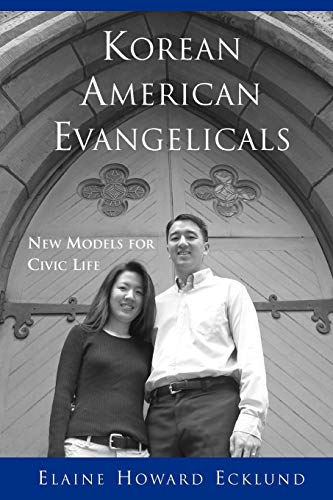 Eight years ago, when I first arrived in the United States to go to college, student life staff put me through a two-day crash course in assimilation. Though I grew up just an hour over the Canadian border, pamphlets about food etiquette and punctuality were shoved into my unwilling hands. One inventoried commondinner utensils, and another warned me that "when people say 'I'll see you later!' they don't necessary want to see you later." for two awkward days, my Canadian nationality involuntarily became my primary identity marker. Once the American students arrived, other than a casual "eh" joke, I faded into the backdrop.

As scholars of immigrant religion point out, ethnicity is often harder to shake as an identity marker, constituting proof of perpetual "foreignness" that keeps Americans from feeling fully American. This is not a new problem, but in the last few decades it has become anespecially Christian problem.

Since the Immigration Act of 1965, the nation's racial, ethnic, and religious diversity has increased dramatically. The numbers are staggering. In 2000, foreign-born Americans and their children numbered 56 million, around one-fifth of the entire population. Racial questions nolonger can be simply bifurcated into black and white. As many newcomers are either Christian or become Christian after immigration, religious bodies often become the primary places of assimilation and ethnic formation.

Three recent books join the growing body of scholarship that examines how foreign-born and second-generation Korean Americans, particularly Protestants, address ethnicity in their worshipping communities. Using primarily historical and sociological lenses, they examine the religious identities of Korean Americans, one of the fastest growing immigrant groups. The first, Religion and Spirituality in Korean America, offers a wide-angle view of the variegated spiritual landscape. The second, God's New Whiz Kids?, maps the evangelical terrain of the college campus, while the third, Korean American Evangelicals, explores evangelical church life after college for these upper-middle-class twentysomethings.

Religion and Spirituality in Korean America, a collection of essays edited by David Yoo and Ruth Chung, captures the diversity of Korean American religion, scattered among Protestant, Catholic, and Buddhist communities. The book's final section, "From Generation to Generation," explores the religious identities of second-generation Korean Americans (hereafter SGKA). Sociologist Sharon Kim's study of SGKAs in Los Angeles introduces readers to the challenges posed by the SGKA experience. Assimilation theory posits that "successful" immigrant children, acclimated to American culture, should become "Americanized," casting off ethnic segregation for the wider culture. SGKAs, however, reject both white mainstream churches and the immigrant parishes of their childhood. Instead, Kim writes, "they are charting a third path." Second-generation Korean American Christians are forging new connections between their generational, ethnic, and religious identities. In short, they find new ways to be all three: Koreans. Americans. Christians.

Rebecca Kim, a Pepperdine University sociologist, investigates the burgeoning number of second-generation Korean American evangelicals on university campuses. Traditionally white evangelical organizations like InterVarsity and Campus Crusade now thrive with a new infusion of SGKAs; some observers speak of "the Asian Awakening." This flourishing generation of worshippers avoids white, multiracial, or even pan-Asian ministries in favor of forming separate ethnic Korean groups. Why? On one level, it seems curious that Koreans would choose to keep to themselves. As a whole, Kim describes SGKAs who have made a comfortable home in American society. They are well-off, highly educated, monolingual English speakers, and a quarter of them marry non-Asians. Yet in very ordinary ways, they are also distinctive. The familiarity of Korean food, humor, and company motivates them to join ethnic communities, in addition to the social advantages of networking and dating. When given a choice, most Korean worshippers choose the group most similar and familiar to them. Simply put, separate ethnic services offer the comfort and security of a majority status.

Leaders in the evangelical community hold high hopes for Asian Americans, whose scholarly achievements and strong piety have cemented their model minority status, making them "God's new whiz kids." Kim builds on the work of earlier scholars but also advances the on going scholarly conversation about immigration and assimilation. What happens to the generation after assimilation? How is the broader culture, in turn, affected by the presence of assimilated immigrant groups? Kim describes a group on the cusp of change, from an immigrant community to a cosmopolitan university campus with a marketplace of religious options. Kim's closing remark that these ethnic identities, formed on the college campus, will "nodoubt shape the kind of religious organizations that they will call their home," anticipates the questions raised by Elaine Howard Ecklund in Korean American Evangelicals: New Models for Civic Life.

Ecklund, a sociologist at Rice University, examines how evangelical congregations shape the ways that SGKAs form ethnic identities and models of community participation. Like Kim's SGKA students,these young professionals have decisions to make about how they will engage the broader culture. Just as they did in college, these Korean Americans commonly attend second-generation Korean ethnic churches.

But a growing number of Korean Americans buck the trend noted by Kim and join pan-Asian or multiethnic churches after leaving university. "Mono-ethnic" and multiethnic congregations, Ecklund argues, yield different Christian visions of ethnicity. Ethnic SGKA churches, in reaction to first-generation congregations, seldom talk about being Korean and express dismay over the way their parents bundled Korean ethnicity, Christianity, and economic mobility. Instead, second-generation Korean congregations stress their responsibilities as a church, adopting acommunal model of civic responsibility. But the strong message to forget self and stop complaining about adversity inadvertently estranges these young people, whom they may perceive to be less hardworking and quicker to grumble.

Multiethnic churches, on the otherhand, explicitly connect Christianity to ethnicity, viewing diversity as "more Christian." The value placed on diversity extends to a greater role for individualism. Leaders teach the value of an ethic of service,leaving the particularity of community involvement up to personal decision. Incontradiction to common scholarly wisdom suggesting that individualism breeds the deterioration of civil society, Ecklund argues that an individually negotiated ethic "actually seems to motivate social service." SGKA multiethnic churchgoers believe that a strong individual relationship to God will prompt volunteerism in the areas where one has gifts. Also, in seeing diversity as a central goal, multiethnicchurches found more commonalities with the experiences of other minority groups, particularly African American churches. Sharon Kim's chapter on Korean Americansin Los Angeles comes to similar conclusions: the 1992 riots, in which Korean American businesses were targeted, spurred stronger notions of racial reconciliation and civic identity.

The SGKA evangelical experience generates a number of questions. First, Christianity stands on religious universalism, the necessity of the gospel being preached to "all nations." As such, can the segregation of an evangelical community by virtue of ethnicity be justified? All the authors represented here address the tension embedded in the marriage of ethnicity and religion—but they also acknowledge the significant advantages to ethnic communities of falling short of the "ideal" of diversity. While Kim's college students appear to gain more benefits from separate ethnic ministries, Ecklund suggests that other benefits arise from the discomfort of multiracial ministries. An individualism born of diversity may actually produce a stronger commitment to others. Should Christians praise the savvy religious shoppers on Kim'scampus, or should they praise Ecklund's multiracial congregations, pressing for uncomfortable ethnic inclusion?

Second, while many SGKAs explicitly reject what they see as "Korean ethnocentrism" in their parents' immigrant churches, they may implicitly accept their parents' correlation between Christianity and the American dream. Will SGKAs ultimately reject or embrace their role as a model minority—pious, hardworking social climbers? Further, what kind of evangelical Christianity will they accept? Both Kim and Ecklund suggest that these believers uncritically embrace the theology and worship practices of the dominant evangelical culture. So while they "resist assimilation and maintain ethnic segregation," SGKAs have nonetheless accepted their surrounding white American Christianity as normative.

Scholars can agree on this much: the future course of Korean American evangelicalism is uncertain. With cultural and religious resources to be individualistic or communalistic, politically driven or politely ambivalent, SGKAs seek models of religious engagement to answer Jesus' question: who is my neighbor? Politically, many hope they will create models of Christian engagement with race that transcend the white/black divide. Few are certain how to balance the competing claims of ethnic solidarity and a Christian identity that erases ethnic and racial boundaries. In all this, perhaps, SGKAs have much in common with American evangelicals generally, who may understand their own challenges more clearly in the light of the Korean American experience.

Kate Bowler is an assistant professor at Duke Divinity School. She is currently working on her doctoral dissertation on the American prosperity gospel.