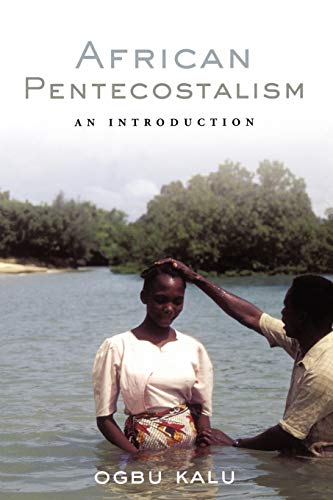 The Africanness of African Pentecostalism.

Addressing the African Colonization Society in 1880, the gifted African nationalist Edward W. Blyden (1832-1912) declared, in pointed reference to Psalm 68:31, that "Africa may yet prove to be the spiritual conservatory of the world … ; for the promise of that land is that she shall stretch forth her hands unto God." Within a century, the essence of this vision had been remarkably fulfilled.

Demonstrating a rate of growth unparalleled in the history of Christianity—at a time when the old centers in the West have been experiencing dramatic decline—Africa has emerged as a major heartland of the faith. But the significance of this development extends beyond numbers. Not only is the Christian story now inextricably interwoven into the fabric of life on the subcontinent, the story of modern African Christianity is also indispensable for a meaningful appraisal of contemporary global Christianity and its future prospects.

Since the 1960s, the voluminous scholarly assessments of African Christianity have paid detailed attention to the proliferating African Independent Churches (AICs), widely celebrated as the driving force of African Christianity's unparalleled expansion. Strikingly, however, the extensive body of literature on these movements has been mainly produced by sympathetic European scholars, and most studies focus on regional or particular movements. For over three decades, David Barrett's groundbreaking 1968 study, Schism and Renewal in Africa: An Analysis of Six Thousand Contemporary Religious Movements, was the only scholarly monograph that provided a continent-wide assessment.

The lack of a comprehensive African and/or insider treatment remained a glaring omission until the 1990s, when a spate of publications (mainly articles) by African scholars began to appear, though mainly for specialist consumption. The first major publication by an African "insider" was African Reformation: African Initiated Christianity in the 20th Century (2001), by South ...