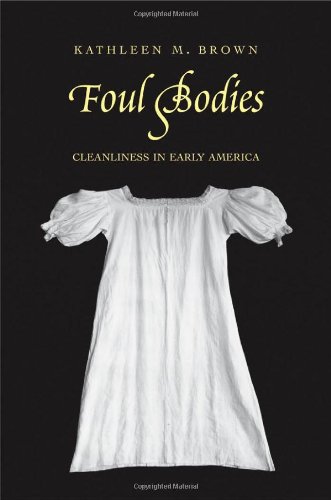 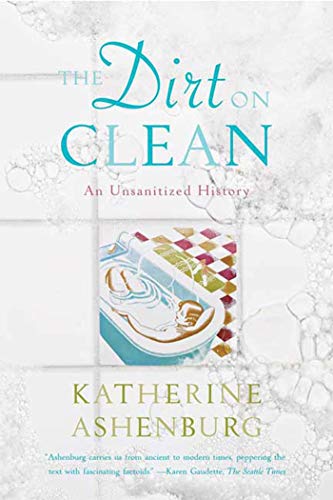 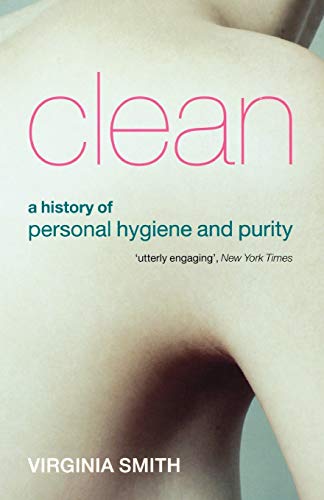 Have they always gone together?
July/August 2009

When is a body—or a kitchen, or a pair of blue jeans—clean? The story of people's evolving standards of cleanliness is told in three entertaining, informative, and at times disturbing books: Kathleen Brown's Foul Bodies focuses on cleanliness in early America, while Katherine Ashenburg's The Dirt on Clean and Virginia Smith's Clean trace changes in thoughts about and practices of cleanliness from antiquity to the present.

The books are filled with interesting tidbits. We read about Napoleon getting turned on by body odor ("I will return to Paris tomorrow evening," he once wrote Josephine: "Don't wash"); about stain-removal strategies in 18th-century Philadelphia; about the efforts of advertisers in the 1920s to promote Kotex without offending readers' delicate sensibilities. In addition to the curiosities, Brown, Smith, and Ashenburg treat numerous important topics—the connections between cleanliness and empire, for example, and the difficult-to-shake association of cleaning with women. One theme that threads throughout all three books is the relationship between religion and cleanliness, and in particular the relationship between Christianity and the clean body.

Many Christians in the first millennium castigated a preoccupation with cleanness, and practitioners of other religions—Muslims and Hindus, for example—viewed Christians as peculiarly indifferent to bodily hygiene. Ashenburg reads Christians' vexed relationship with cleanliness as one example of their vexed relationship with the body. Furthermore, early Christians were uncomfortable with the pagan licentiousness of the Roman baths. Finally, some ascetics embraced the discipline of alousia, the state of being unwashed, arguing that after the spiritual cleansing of baptism, one ought to spurn the superficial project of washing one's skin and hair. Often, Christian ascetics' renunciation of cleanliness was, as Smith notes, linked to the cult of virginity and chastity: to wit, Saint Melania the younger, who, in order to persuade her husband to make a vow of chastity, stopped bathing. (Her efforts were the flip-side of Napoleon's instructions to Josephine!)

All this reading about the ancient discipline of alousia prompts me to wonder about contemporary North American Protestant enthusiasm for recovering lost or forgotten spiritual practices: fixed-hour prayer, fasting, Sabbath-keeping, and so forth. What guides our selective retrieval of spiritual practices? How do we determine which practices we recover and which we do not? I haven't noticed anyone mounting a campaign to recover the spiritual practice of being dirty.

But why not? Perhaps because what was at first a revolution in Christian attitudes toward cleanliness is now deep-seated and, indeed, taken for granted. Christians long ago embraced cleanliness, attributing moral and spiritual virtue to the clean body. The change began in the Middle Ages but wasn't dramatically apparent until the early modern era. English Puritans' views of cleanliness could not have been more different from those of Melania and Co. Reversing the early ascetics' contrast between baptism and more quotidian washing, English Puritans urged Christians to wash because washing was a reminder of baptism. Writing in the late 16th century, the polemicist Philip Stubbes explained that he washed because "as the filthiness and pollution of my bodie is washed and made clean by the element of water; so is my bodie and soule purified and washed from the spots and blemishes of sin, by the precious blood of Jesus Christ … . [T]his washing putteth me in remebrance of my baptism." (Apparently Stephanie Paulsell was not innovating when, in her 2002 book Honoring the Body, she suggested that Christians consider bathing an opportunity to reflect on our baptism, "making each bath a baptismal act" that could remind bathers "that they were children of God, made in God's image.")

As Brown shows, Puritans across the pond shared this concern for bodily cleanness. New England clergy railed against bodily uncleanness, seeing it as a symbol of spiritual uncleanness; dirt "transformed the human body from the temple of the Holy Ghost to 'Hog-sties of the Devil.' " From Cotton Mather's perspective, it was downright bestial to happily go around with dirt on your hands and face. Such behavior threatened the imago dei. Moreover, in Mather's mind physical uncleanness was not, as for early church virgins, linked to chastity (in a principled renunciation of bodily charms) but, at least metaphorically, to sexual sin. He described sexual sin as "a Special Filthiness" (a trope which, after all, has biblical antecedents and perhaps in part reflects an immersion in Scripture). For all these reasons, it was especially appropriate to wash before going to church. Both Puritans and Anglicans cleaned up for the Sabbath: as Virginia gentleman William Byrd noted in 1728, "this being Sunday, I wash't off all my weeks Dirt, & refresht myself with clean Linnen."

These 17th- and 18th-century practices of cleanliness laid the foundations for Christians' zealous concern for hygiene in the 19th century. By the mid-1800s, "cleanliness had become nearly synonymous with respectability and moral virtue in northern religious reform circles." Pastors and laywomen tried to inspire laborers and recent immigrants to embrace Protestant piety and middle-class standards of cleanliness. Cleanliness expressed spiritual purity, and cleaning your body was a way to become spiritually pure. In Sunday school curricula, novels, and other moralistic writing, dirty people's conversions to Christianity coincided with their becoming physically clean. Outside the pages of fiction, as Amy Laura Hall has noted, 19th-century Christians could hear the likes of Henry Ward Beecher declare that Pears' soap was a means of grace. The imperative to get especially clean before the Sabbath persisted, too. In the 19th century, some Christians practiced special Saturday night ablutions in preparation for the Sabbath. Sometimes this practice prompted spiritual reflection. A Methodist schoolteacher describing her Sunday morning bathing in 1850 wrote, "Took my usual bath. Felt while the liquid shower was pouring over me—that the Holy Spirit might … in like manner be bestowed."

And perhaps such widely shared assumptions about cleanliness led in turn to Americans' current obsession with washing, soaking, and bathing. Our standards of cleanliness are unprecedented. Nearly 25 percent of houses built in America in 2005 had more than two bathrooms (the average household comprised about 2.5 people). And those bathrooms are, in Ashenburgs's tart estimation, "sybaritic." Their size tripled between 1994 and 2004, and now they are filled with chromatherapy tubs, million-ply towels hanging on towel-warmers, and steam showers. According to a 2008 survey of American bathing habits, the average American spends 30 minutes a day in the bathroom. Though fewer Americans than ever do manual labor that gets us sweaty, we think daily soaks and showers are normal, and to facilitate those soaks, we've re-created those extravagant Roman (communal) spas in our private houses.

There are several morals to the story of Christians' embrace of cleanliness. Brown focuses on the 19th-century's increasingly tight association between the clean body and the clean soul, between shiny hair, dirt-free cheeks, and moral rectitude. That connection, she argues, translated itself into judgments: people who were not as clean were not as good, not as sanctified. Surely middle-class American Christians today are as implicated in that calculus as were our 19th-century forebears. It is a tricky business to hire someone else to clean your house—to set yourself above certain tasks, like cleaning those sybaritic bathrooms. Our sense that there might be a connection between bodily cleanliness and baptism ought to include our remembering that we become washed in baptism not so that we can stand around preening with other clean people, but so that we can go forth into a world where the clean and the unclean are sometimes quite inseparable.

And, simply put, contemporary middle-class Americans' standards for bodily hygiene are unsustainable. "Domestic water demand for bathing and cleaning is at an all-time high," notes Smith. Ashenburg adds: "Nothing … would change our bathing habits more quickly and thoroughly than a serious water shortage. One thing is certain. A century from now, people will look back in amusement if not amazement at what passed for normal cleanliness at the beginning of the twenty-first century." To return to Stubbes and Paulsell, perhaps that is one way for 21st-century Christians to connect our baptisms with our evening baths—by recognizing the intersection of our hygiene and our stewardship of the planet, and perhaps cutting out a few of those baths as an expression of the very baptisms that bathing can recall.

Lauren Winner is an assistant professor at Duke Divinity School. Her study of 18th-century Anglicans in Virginia is forthcoming from Yale University Press.

Copyright © 2009 by the author or Christianity Today/Books & Culturemagazine.
Click here for reprint information on Books & Culture.