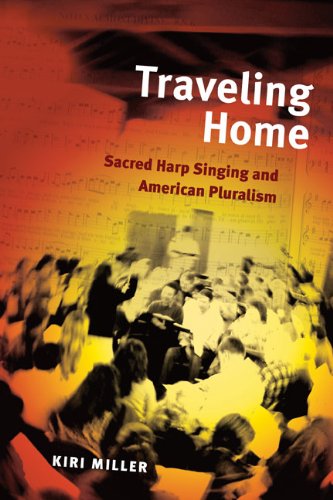 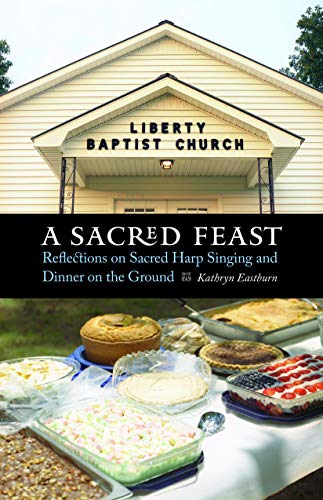 A Sacred Feast: Reflections on Sacred Harp Singing and Dinner on the Ground (At Table)
Kathryn Eastburn
University of Nebraska Press, 2008
212 pp., 24.95

"Get enough people singing weird harmonies at the top of their voices and you start feeling a little sorry for the devil."
—From a review of the documentary Awake My Soul: The Story of the Sacred Harp, at awakemysoul.com

I have a relative in California who, although an atheist, once sang in the church choir at the Reverend Cecil Williams' Glide Memorial Methodist Church in San Francisco. At first, I thought he did so just because the music there rocked. For a time, he seemed almost consumed by his increasingly important role in the choir, and the community he found there. One day, he abruptly quit, saying he just couldn't be clapping and praising to "this Jesus thing" anymore. He felt like a hypocrite. I was sad to see that, all the more so now that he lacks a community that might help him while he struggles with depression.

At the same time, another friend in California, a gay man who long has been active in pacifist and other politically radical groups, took up the hobby of square dancing, and now has reached almost the highest rung of expertise in that "calling." I learned this when he came to Colorado to call for the International Federation of Gay Square Dance Clubs, an organization whose existence I had been unaware of previously, but one which took over Hyatt's convention center in Denver that weekend.

Kiri Miller and Kathryn Easturn have something to teach my relative, and they confirm much of what my gay square dance-calling friend seems to intuit: we all need someone, many someones, to lean on and sing (or do-se-do) with. Miller's Traveling Home is an academic study, an ethnography with occasional bouts of the heavy jargon usual for that genre, of the contemporary culture of Sacred Harp singing, while Eastburn's A Sacred Feast is a lighter series of personally reflective essays and anecdotes about her discovery of the Sacred Harp tradition, her use of it to reconnect with her Southern Baptist past, and the joy she finds feasting at the "dinner on the ground" ...