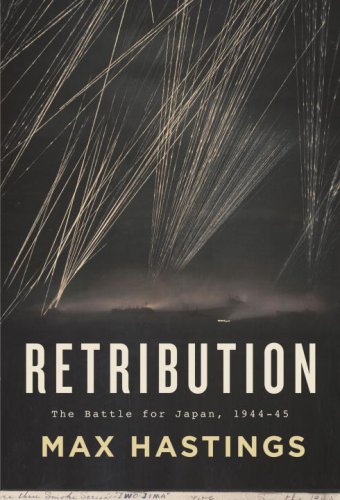 Interview by Donald A. Yerxa

The Other World War II

In the March/April 2005 issue of Books & Culture, Don Yerxa interviewed the distinguished British military historian Max Hastings about his book Armageddon: The Battle for Germany, 1944-1945. Now Knopf has published a companion volume by Hastings on the last phase of the Pacific War. He talked about it with Yerxa at the Commonwealth Hotel in Boston earlier this year.

How was the ending of World War II in Asia different from the endgame in Europe?

We make a mistake when we speak of World War II in the singular; in fact, we really should talk about the World Wars II. The war in Asia was fantastically different from the war in Europe. The only people who regarded the Asian and the European theaters as an integrated whole were Franklin Roosevelt and Winston Churchill and their respective chiefs of staff. For everyone else, if you were fighting in Europe, Asia seemed a very long way away; and if you were fighting in Asia, then Europe seemed incredibly remote. A lot of British people who kept diaries all through the war—because they were conscious that this was a huge event—stopped keeping them in May 1945. As far as they were concerned, when the Germans surrendered, the war was over. And, of course, this was very tough for those hundreds of thousands of young men still fighting and dying in Asia.

One of the key points is that nobody in Western Europe really doubted that Hitler had to be fought to the finish and that the only way the war was going to be won was by Allied armies defeating and occupying Germany. But in Asia, it all looked rather different. There were a lot of Allied leaders who had serious doubts whether Japan would have to be invaded and whether it was going to be necessary to have the same fight to the finish. Churchill suggested at the Cairo conference and later again at Yalta that there might be a case for modifying the terms with Japan to shorten the war. But British influence on what happened in Asia was always pretty marginal, and first Roosevelt ...