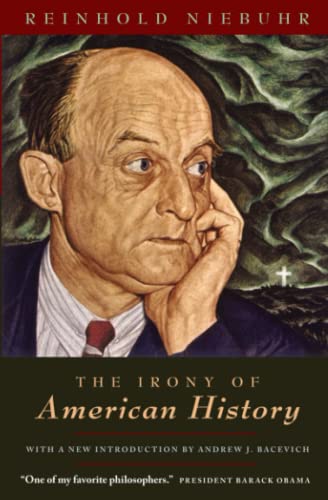 The Irony of American Politics

Among other treasures, the Palazzo Pitti, the most massive palace in Florence, offers an artistic tribute to the human spirit from the 18th century onward. The more than 2,000 paintings and sculptures housed in its Gallery of Modern Art (one of six museums in the palace) include works of Italian naturalism, neoclassicism, and impressionism. The art is impressive. But something is missing: the religious works that populate the city's other venues.

This absence leaves the visitor unprepared for Antonio Ciseri's Ecce Homo, an immense canvas re-creating a scene from the Gospel of John. Catching the gallery stroller unawares, it instantly threatens to seize the heart. Pontius Pilate is garbed in a long, extravagant robe, his back turned toward the viewer. Pilate leans into the crowd, left arm extended, hand open, pointing to his prisoner. It is Jesus of Nazareth. He is stripped to the waist and his hands are bound behind his back. On his face is a look of condemnation mingled with deep sadness and resolve.

The claims of Christianity have a way of intruding into our modern lives, like paintings that don't seem to fit the mood of a gallery. Christian leaders can have a similar effect on the societies in which they live: They can be compelling and controversial at the same time.

Reinhold Niebuhr, one of the 20th century's leading public theologians, was such a figure. A one-time pacifist, he became a prominent hawk on the eve of World War II. A man of the Left, he nevertheless defended democratic capitalism on Christian grounds. What is surprising is how often this Protestant intellectual has been cited of late by politicians, commentators, and academics of all kinds.

Conservative New York Times columnist David Brooks invokes the spirit of Niebuhr to recommend a "humble hawkishness" in American foreign policy. Peter Beinart calls Niebuhr "the hero" of his book The Good Fight, an effort to breathe life into a moribund liberalism. E. J. Dionne, in Souled Out: Reclaiming Faith and Politics After the Religious Right, pines for another Niebuhr to relaunch the Great Society vision. Barack Obama praises Niebuhr as "one of my favorite philosophers." As political theorist William Galston told the Religion News Service, "After a period of neglect, Reinhold Niebuhr is the man of the hour."

Clearly there are aspects of Niebhur's "Christian realism," the public theology he formulated in the 1930s, that resonate today. Niebuhr rejected the "utopian illusions" of Left and Right: Politics could not usher in the kingdom of heaven, but neither could believers fail to strive for social justice on earth. The implications for American foreign policy were immense. No matter how noble its founding ideals, Niebuhr warned, the United States could not fully escape the corruptions and complexities of power. To believe otherwise signaled the onset of hubris—and eventual decline. Few thinkers offered such a searching critique of America's world-power status and global promotion of democracy.

Nevertheless, many Niebuhr admirers have a disposition that blunts much of his message. They have fastened onto his critique of America's national foibles and used it like an axe to dismember U.S. foreign policy under the Bush Administration. Remarkably, they tend to ignore the religious core of Niebuhr's political thought: his Christian understanding of the tragedy of human nature. It was this German-born theologian, after all, who tried to reclaim the biblical doctrine of original sin during the inter-war period.

A newly released edition of Niebuhr's classic work The Irony of American History suggests the breadth of the problem. The new edition is framed by a polemical introduction by Andrew Bacevich, who has emerged as one of the leading figures among the principled critics of U.S. foreign policy. Bacevich writes with the authority of a career soldier (now retired, he's a professor at Boston University) whose own son was killed in action in Iraq, and his critique is informed by his Catholic faith. In his introduction, Bacevich underscores Niebuhr's condemnation of utopian politics, only to swiftly—and, alas, crudely—apply it to the Bush White House. "The illusions of Osama bin Laden find their parallel in the illusions of George W. Bush," Bacevich writes. "Each of these two protagonists is intent on radically changing the Middle East. Neither will succeed, but in their efforts they engage in a de facto collaboration that causes enormous mischief and suffering."

A genuine grasp of Niebuhrian realism might have prevented some of the wretched mistakes of the Bush Administration regarding Iraq. But would Niebuhr accuse the White House of a "de facto collaboration" with Osama bin Laden because of the decision to topple the Stalin of the Arab world? Hardly. For all of Niebuhr's criticism of America's self-congratulatory democratic creed, he reserved his most caustic rebuke for the moral equivocators.

Indeed, Niebuhr broke with his socialist and pacifist colleagues precisely because of their "pretense" (his word) to moral purity in the face of rising totalitarianisms. In a collection of essays published in 1940, Christianity and Power Politics, he excoriated liberal ministers and activists who saw little difference between fascist aggression and the "imperialism" of the democratic cultures of the United States and Great Britain. "Whatever may be the moral ambiguities of the so-called democratic nations," he wrote, "it is sheer moral perversity to equate the inconsistencies of a democratic civilization with the brutalities which modern tyrannical States practice." This posture of "Christian perfectionism"—what Niebuhr called a secular heresy—always plays into the hands of despots.

For those with ears to hear, the same complaint can be detected in The Irony of American History. It is true, Niebuhr wrote, that the United States has nurtured "illusions of innocency" with regards to its history and foreign policy. Even America's noblest moments have been tinged with self-deception and self-interest, and always will be. "We take, and must continue to take, morally hazardous actions to preserve our civilization."

Nevertheless, the preservation of American democracy was the first order of business. Niebuhr's book appeared at the start of the Cold War, when many on the Left were still enamored with communism. Yet Niebuhr looked behind the Iron Curtain and saw a "demonic religio-political creed" which "generates more extravagant forms of political injustice and cruelty out of the pretensions of innocency than we have ever known in human history." Niebuhr's unswerving recognition of the universality of human guilt barred any nation from claiming absolute goodness, but that did not keep him from naming the forces of darkness. This clear-sighted appraisal of the "monstrous evils of communism" with its "noxious virulence of unparalleled proportions" sets the context for Niebuhr's argument in The Irony of American History.

To obscure this reality, Niebuhr implied, was to retreat into a dystopia of moral confusion, complacency, and appeasement. Like it or not, America bore responsibilities in the world. Though it could never wield its power without implicating itself in sin, "the disavowal of the responsibilities of power can involve an individual or nation in even more grievous guilt."

Most important, Niebuhr's emphasis on guilt borrowed heavily from an explicitly Christian view of man's tragic condition, his rebellion and alienation before God. Indeed, Niebuhr's "neo-orthodoxy" often returned to the theme of original sin: "In the liberal world, the evils in human nature and history were ascribed to social institutions or to ignorance or to some other manageable defect in human nature or environment." This is the modern conceit, he complained, a secular form of utopian thinking. It denies that the failings of political and economic institutions result from dark contradictions embedded in human nature.

For Niebuhr, sin and guilt were not abstract concepts: They were deeply personal forces, inseparable from individuals and their immediate social contexts. To believe otherwise, he insisted, was to display a "sentimental softness" and an "inability to comprehend the depth of evil to which individuals and communities may sink, particularly when they try to play the role of God in history." Thus, even a political work such as The Irony of American History offered a religious remedy to the problem at hand: the cross of Christ. "The Saviour came 'not to call the righteous but sinners to repentance,' " he explained. "The words are deeply ironic because 'they that are whole' are obviously not healthy in his estimation precisely because they think they are."

It is upon this rock that many of Niebuhr's followers today stumble so conspicuously. They invoke his prophetic stance but pretend his political jeremiads never reckoned with personal sin. They laud his campaign against utopianism, yet seem blithely unaware of the delusions about human goodness that sustain modern liberalism. They echo his call for political humility, yet neglect the religious truths that make genuine humility possible. "Even the most 'Christian' civilization and even the most pious church," he wrote, "must be reminded that the true God can be known only where there is some awareness of a contradiction between divine and human purposes."

Reinhold Niebuhr had a gift for discerning the ironic elements in American political culture. The contradictions of his contemporary admirers surely would not be lost on the man himself.

Joseph Loconte is a senior fellow at Pepperdine University's School of Public Policy and the editor of The End of Illusions: Religious Leaders Confront Hitler's Gathering Storm (Rowman & Littlefield).