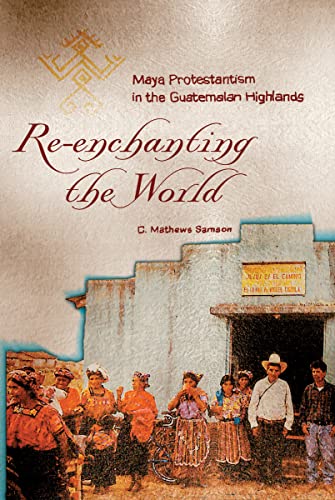 Max Weber was wrong about disenchantment.

The exploding growth of Protestantism in Latin America has been old news for some time. But even for those who have stayed in touch with recent developments, the news item in the June 22 Miami Herald was a stunner. Although traffic jams are a daily staple in and around Guatemala City, this one in the community of Mixco was special. The cars, backed up for miles, were headed for the inaugural sermon at Mega Frater, Central America's biggest church building. The new worship center of the Neo-Pentecostal Fraternidad Cristiana "includes an auditorium that seats 12,500, a seven-story parking tower topped with a helipad and a day-care center for 3,000 kids." It is surely of no small significance that the heads of all three branches of government, as well as the mayors of Guatemala City and Mixco, found it propitious to grace the occasion with their presence. [1]

With the shift in global Christianity—away from the North Atlantic quadrant to the new center of gravity in the South and East—the news item might just as well have been about Seoul or Nairobi or Rio de Janiero. But it's not just Christianity on the upswing. Other religions are experiencing phenomenal growth as well. "What is important in history," wrote British historian Paul Johnson in 1983, "is not only the events that occur but the events that obstinately do not occur. The outstanding non-event of modern times was the failure of religious belief to disappear." [2]

Responsibility for predicting the demise of religion has inevitably become part of sociologist Max Weber's legacy. It was he who in 1918 used a particular locution that has come reverberating down through the years. "The fate of our times," Weber said, "is characterized by rationalization and intellectualization and, above all, by the disenchantment of the world" (emphasis added).

Given that turn of phrase for the anticipated hegemony of secularization, acknowledgment of religion's continued effectual presence in the human family has often jettisoned ...