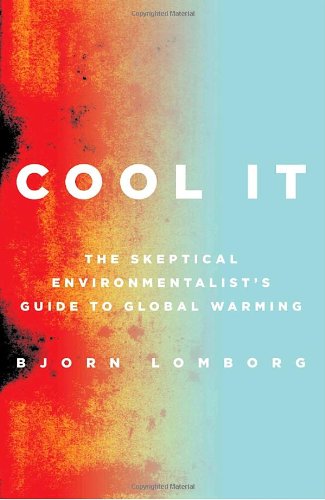 Our friend the Reverend Paul Heyne was an unusual economist. He was an ordained minister in the Lutheran Church and earned a Ph.D. in ethics and social thought from the University of Chicago. His best-known work, The Economic Way of Thinking, went through nine editions between 1973 and Heyne's death in 2000. His approach puts people before profits. Paul became a celebrity (by academic standards) in Eastern Europe after the revolutions of 1989, and The Economic Way of Thinking sold 200,000 copies in Russia after the Soviet Union collapsed.

I had the pleasure of meeting with Paul at the Foundation for Research on Economics and the Environment's (FREE's) programs on environmental policy analysis. Paul understood that all policy questions require choosing among competing values. The environment is no exception. Paul taught us that good intentions alone are insufficient to guide our decision-making. Consider climate change. Are we willing to give up inexpensive fossil fuel energy? Does climate change demand drastic and dramatic action now? If so, what are the costs and how do they compare to the benefits? These are the questions that drive Bjørn Lomborg's new book Cool It.

Â Paul would be comfortable with the themes that Lomborg explores in Cool It. We have limited resources and face many opportunities to use them productively, for ourselves and for others. Here's a simple truth: The resources expended to combat climate change are not available for other beneficial projects, such as eradicating malaria, killer of 2 million people each year, 90 percent of whom are children under five. Those who believe climate change trumps all else ignore the reality that we face tradeoffs among competing values.

Lomborg burst onto the environmental stage in 2001 with his book The Skeptical Environmentalist. (In 2004, Time magazine named him one of the world's 100 most influential people.) In that book, Lomborg examined the "Litany," i.e., persistent pending claims of eco-catastrophes. He was inspired by a 1997 article in Wired magazine, "The Doomslayer," which profiled economist Julian Simon. The article began by describing the "Litany":

Our resources are running out. The air is bad, the water worse … . We're trashing the planet … . The limits to growth are … upon us … . Unless we act decisively, the final result is written in stone: mass poverty, famine, starvation, and death.

It's both unfortunate and instructive that these views still underpin much of modern environmentalism. The environmental movement has mastered the art of crisis entrepreneurship, and Lomborg's book was a direct assault on this carefully crafted narrative, which has been nurtured over decades, abetted by a compliant media, and digested by a largely scientifically illiterate public. The reaction from the environmental establishment was swift and ugly.

Critics demanded Lomborg's editor at Cambridge University Press be fired and that "all right-thinking scientists … shun the press." The past president of the American Academy of Science wondered how Cambridge could have ever "published a book that so clearly could never have passed peer review." (The manuscript did pass peer review. The reviewers unanimously recommended publication.) Scientific American asserted the book was "rife with careless mistakes." In eleven pages of vicious ad hominem attacks (e.g., comparing Lomborg to a Holocaust denier), the magazine came up with nine factual errors. When Lomborg asked for space to rebut his critics, he was given only a page and a half. When he put the critics' essays on his webpage and answered in detail, Scientific American threatened him with copyright infringement.

Lomborg is Julian Simon's intellectual heir. The heretical economist had first questioned the Litany in his 1981 book, The Ultimate Resource. Simon explained how and why humanity wouldn't run out of food or energy or other resources. His short answer: when institutions foster innovation and property rights are secure, scarcity never wins the race against human creativity.

Though dire predictions have been repeatedly refuted by experience, they continue. For example, the website Life After the Oil Crash claims:

Civilization as we know it is coming to an end soon … . [W]orldwide demand for oil will outpace worldwide production … by a significant margin. As a result, the price will skyrocket, oil-dependant economies will crumble, and resource wars will explode … . [W]e may find ourselves slipping into [a] post-industrial stone age.

This would be tragic if it weren't so remarkably silly. Whatever the actual course of our energy future, there is no reason—historical, economic, or technical—to believe the eventual transition will threaten civilization.

Though Lomborg clearly cares about the natural world, he takes an economist's perspective—that is, he is primarily concerned with improving human welfare. Cool It, a tightly written and highly readable book, is built around the assumption that our goal is to improve the overall condition of humanity, and that in a world of limited resources choices will be made. Action in one area means we must forgo action in another. Lomborg then asks a straightforward question: which policies provide the most benefit for our investment?

In this respect, Cool It is an extension of Lomborg's Copenhagen Consensus project, which asked some of the world's leading economists, "What would be the best ways of advancing global welfare, and particularly the welfare of developing countries, supposing that an additional $50 billion of resources were at governments' disposal?" The economists participating in the project ranked the world's ten biggest problems as identified by the United Nations: civil conflicts, climate change, communicable diseases, education, financial stability, governance, hunger and malnutrition, migration, trade reform, and water and sanitation. In arriving at their rankings the panel considered both the impact of each problem and the potential for cost-effective response.

The group's highest priority was preventing the spread of HIV/AIDS. A relatively small investment ($27 billion) would yield extraordinarily high benefits—nearly 30 million new infections averted by 2010. This is especially critical for progress in Africa, where AIDS threatens to collapse entire societies. Climate change received the lowest ranking. Why? Not because these experts doubt the seriousness of the problem. Yet enormous expenditures would be required to achieve very small reductions in greenhouse gases—and the benefits are uncertain. The panel declared current abatement strategies (e.g., the Kyoto protocol) "a bad use of our finite resources."

Just as local churches must allocate their limited resources (what proportion of your church's annual budget, for instance, is devoted to supporting missions?), so societies must choose among competing goods and values (e.g., more health care, safer roads, or more funding for education). It is intellectually and morally irresponsible to dodge, discount, or deny the logic of opportunities foregone. This is the take-home message of Cool It.

Developing countries have many serious problems. Eradicating malaria, providing access to clean drinking water, reducing infant mortality, increasing female literacy, and access to primary education provide more immediate benefits to the world's poorest than seeking to slow global warming by cutting CO2 emissions. Economists believe, not without good reason, that the world will be much wealthier and more technologically adept in several decades. Hence Cool It proposes that the best climate change policy is to emphasize present economic growth, especially in the developing world. Wealth dramatically increases resiliency to all sorts of stress, including climate change. Consider the different outcome from these similar storms: In 1999, Tropical Cyclone 05B struck India. It destroyed 2 million houses and killed 10,000 people. In 2004, Hurricanes Charley, Frances, and Jeanne hit Florida. They killed 116.

A justification offered for dramatically and rapidly reducing greenhouse gas emissions is that developing countries will suffer the most damage from climate change; their poor will be at an even greater disadvantage because they are the least able to adapt. But reducing greenhouse gas emissions will not ameliorate poor land-use practices, restore degraded local environments, improve emergency preparedness, or eliminate floods, droughts, or disease outbreaks. As Lomborg writes of Hurricane Katrina:

[I]t was clear the catastrophe happened because of bad planning, poorly maintained levees, and environmental degradation of the city's protective wetlands. So had you been in charge in the 1990s of helping potential victims of future hurricanes, you should have not worked to cut greenhouse gases first but instead invested heavily in better planning, better levees, and healthier wetlands.

In the same vein, Lomborg quotes Daniel Sarewitz and Roger Pielke, who wrote in the New Republic: "Prescribing emissions reductions to forestall the future effects of disasters is like telling someone who is sedentary, obese, and alcoholic that the best way to improve his health is to wear a seat belt."

Former vice president Al Gore asserts climate change is a moral issue. In order to make morally responsible decisions, we must understand the tradeoffs our policy choices imply. Is it moral to spend hundreds of billions a year to meet Kyoto-like targets when these expensive policies will delay warming for a mere six years? Isn't it better to use a small fraction of our limited resources to provide one billion people safe drinking water now? Sound policymaking requires an evaluation of the costs and benefits of limiting carbon emissions. Cool It does a valuable service by asking us to focus on policies that advance social well-being, especially for the world's poor.

Pete Geddes is executive vice president of the Bozeman, Montana-based Foundation for Research on Economics and the Environment (FREE). This year free launched a new program to increase the understanding of religious leaders as they approach environmental policy. If you're interested in learning more about this program or free's work in general, contact him at pgeddes@free-eco.org.