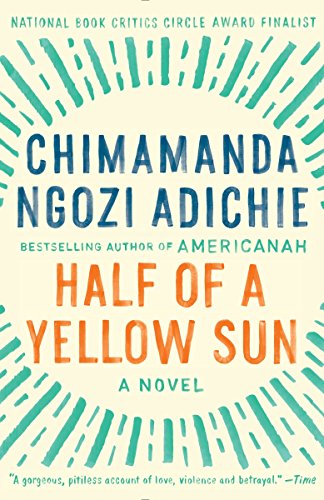 A new book by of of Africa's most promising novelists.

Although oral African literature has been sung and recited for thousands of years, the African novel is a relatively recent phenomenon that emerged in the 20th century with the spread of education and literacy. The classic modern African novel is Chinua Achebe's tragic Things Fall Apart (1958), which, however iconic, can not lay claim to the title of the first African novel. That honor most likely belongs to Sol Plaatje, whose Mhudi: An Epic of South African Native Life a Hundred Years Ago (1930) was the first novel in English published by a black South African. As for West African authors, Amos Tutuola's The Palm-Wine Drinkard and His Dead Palm-Wine Tapster in the Deads' Town (1952) gained an international readership several years before Achebe's first novel. Both Tutuola and Achebe came from a geographical location that we now call "Nigeria," but when their books were published, Nigeria did not exist as an independent political state.

The "Big Three" of black African literature, however, are unquestionably Achebe, often acclaimed as "the father of the African novel," fellow Nigerian dramatist and essayist Wole Soyinka, and Kenya's prolific Ngugi Wa'Thiong. With the publication of her second novel, Half of a Yellow Sun, the prize-winning young novelist Chimamanda Ngozi Adichie has advanced her claim to inherit their mantle and, in so doing, is pointing to important new directions for African literature.

While the latest work of the Big Three has turned toward satirical political allegory—see for example Achebe's Anthills of the Savannah (1987), Soyinka's King Baabu (2002), and Ngugi's Wizard of the Crow (2006)—Adichie has opted instead to employ a sprawling Dickensian narrative to depict the all-too-common post-independence African cycle of cynicism, coups, and corruption. Her epic exploration of the themes of authentic identity, love, and sacrifice employs realism rather than the strategies more commonly found in African fiction today: self-conscious metafiction, ...