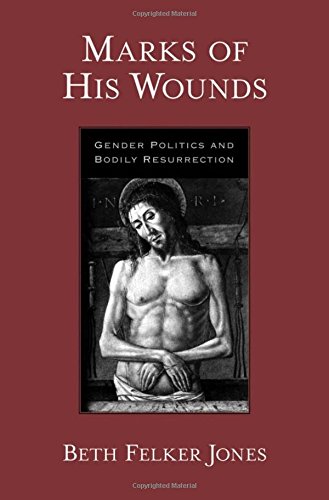 The Trouble with Bodies

When I was in high school, I read Kim Chernin's now classic manifesto The Obsession: Reflections on the Tyranny of Slenderness. Chernin's argument—at least the piece of her argument that leapt out at and stayed with me—was that our culture's insistence that white women should be thin is, in fact, infantilizing. Women are asked to look pre-pubescent, dieting away their thighs and breasts, sliming down to boyishness, so that they might not become, or act like, adults.

I recommended The Obsession to all my friends, for we were all obsessed. To the best of my knowledge, none of us ever developed a full-blown eating disorder. We just thought about what we ate all the time. We constantly discussed eating and dieting. We would eat nothing but yogurt for a week, and then we'd go back to eating bologna sandwiches and chicken breasts and chips and slurpees and fruit, and then we'd hate ourselves, and we'd write about it in our diaries, and then we'd go back to yogurt.

In Perfect Girls, Starving Daughters, a breezy but insightful journalistic foray into young women's eating, Courtney Martin says it's only gotten worse since I was in high school. In 1995, 34 percent of American high school girls thought they were overweight. Now, 90 percent do. That statistic encompasses a wide range of women, from those who eat healthy, normal meals and feel awful about it to those who suffer from bulimia or anorexia to those who actually are overweight. (Martin says obesity is not wholly different from anorexia; both reflect a distorted sense of food's meaning.) "Colleges are breeding grounds for eating disorders and unhealthy obsession with food," Martin observes. After their second trip of the day to the gym, zealous college dieters head to the cafeteria, where they linger over the mac-and-cheese and then choose the salad bar. They mask their weight-loss intention by claiming they're vegan, or inventing a lactose intolerance.

Martin argues that this bodily self-loathing not only imperils girls' health but also robs them of time and energy. She estimates that many women spend about 100 minutes a day scrutinizing their bodies and their caloric intake. That's 100 minutes a day they could be "admiring … the width of their hips … celebrating their creativity

… reading an amazing book, feeling grateful for family and friends, memorizing a poem, considering concepts of God, or taking action against global warming." If a woman obsesses for 100 minutes a day, every day, from age 12 to age 85, she will have devoted three years of her life to the negative caloric value of celery sticks.

Martin's alarming—but not, I think, alarmist—account is limited by its ahistoricism. A fascinating history of young women's diets can be found in Margaret A. Lowe's Looking Good: College Women and Body Image, 1875-1930. This engrossing monograph argues that in the late 19th century, educators and social scientists who wanted to keep women out of higher education justified their position by arguing that women would be weakened and made sick by too much studying. Mental exertions would drain away energy from women's reproductive capacities and, in the phrase of one 1905 article, lead to "race suicide." Defenders of women's education pointed to students' healthy glow and "robust physique[s]" as proof that women could write term papers and remain healthy, and college administrators who were committed to women's education became deeply invested in making sure that women students ate well, exercised, and even gained weight.

After World War I, Lowe demonstrates, that began to change. A host of cultural pressures—from the invention of the bathroom scale to flapper fashions that revealed more body parts to popular depictions of immigrants as zaftig and stout—transformed the way white college women thought about their bodies. Increasingly, instead of maintaining a healthy plumpness, female students tried to "reduce." Women of the 1920s were not so different from the 21st-century women Martin describes. Dieting became the new rage. Students, eating nothing but milk and fruit until supper, weighed themselves regularly and compared the scales' verdicts with friends. In 1930, a Smith College campus warden observed that dieting had affected the school's budget, leading to lower expenditures on food: "the reducing fad shows itself particularly in the amount of potatoes consumed … the increase in amounts of lettuce, tomatoes and celery may also be an indirect result of the craze for the 'boyish figure.'" For a previous generation of college women, weight gain meant a woman was healthy. By the 1920s, it signaled weakness and ugliness.

The problems women have living in their bodies animate Beth Felker Jones' riveting study, Marks of His Wounds: Gender Politics and Bodily Resurrection, which draws both on feminist theory and on the doctrine of bodily resurrection to articulate a revivified theology of embodiment. Jones explicitly describes her account as an alternative story for a culture that is at once obsessed with and repulsed by bodies, a culture in which the most worrying bodily practices, from liposuction to cutting, are disproportionately taken up by women.

The life of Christian discipleship, Jones argues, is one in which "God reworks us …  into a tangible challenge to the inevitability of brokenness." It is through this process that Christians come to understand "what our bodies are for." Alas, Christian theology has often gotten the body wrong: Jones diagnoses a kind of gendered Gnosticism that equates masculinity with holiness, underestimates "the sinfulness and disorder of male bodies," and assumes that female bodies are aberrations, problems that must be fixed. She seeks a theology in which we do not identify material bodies as the source of our troubles; rather, she wants Christians to conceive of "the trouble with bodies" as a disorder that can and will be redeemed.

Here, Jones is arguing not only with many early church fathers but also with contemporary scholars such as Sarah Coakley, in whose work Jones finds a worrying "shadow of flight from the messiness of physicality." Hence Jones' last chapter explores how people anticipating gendered resurrected bodies ought to live now. Recognizing that the reification of embodied differences—including sex differences—has often led to abuse and oppression, Jones argues forcefully that her claims about embodied difference need not lead to violence: difference, in fact, is integral to peace, because without difference "the concept of peace is vacant."

This last chapter is terrifically rich. In fact, Jones might have done well to develop some of her provocative suggestions a bit more. For example, she commends practices of feasting and fasting as offering "a way of constructing the gendered body as reordered toward God." In particular, she suggests, these disciplines may prove fruitful for women, who are especially captive to false narratives about food. What is needed is more consideration of how that might work in a broken world—how I might recommend either feasting or fasting, for example, to the 19-year-old students I see every day. Similarly, Jones' insistence that discourses of bodily difference need not lead ineluctably to violence, but can in fact be reordered by God for good, is most welcome. But the simple claim that "We can only imagine and live into such a reordering under the guidance of the Spirit, offered to us in the materiality of the Word and sacrament and the communal discernment of the material body of Christ," needs, if you will, a bit more fleshing out.

The best books spark wide-ranging conversations and leave the reader with new questions, so to wish that Jones had gone or will go further with these lines of inquiry is merely to acknowledge what she has already accomplished: inviting us to face the brokenness of our bodies—not least the ways the world's brokenness gets written on the bodies of "starving daughters"—and to inhabit the knowledge that "redemption happens through the body." It happens here and now, prompting us daily to practice a distinctively eschatological embodiment, one that can witness to a world hungry for the Bread of Life.