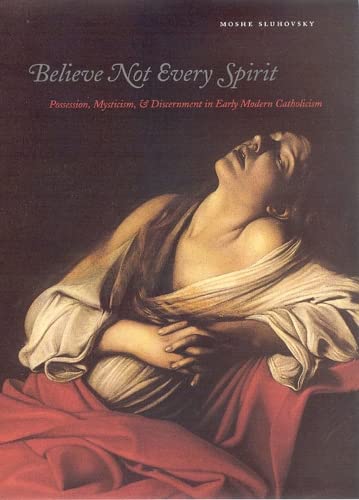 Visited by the Friend of Souls—or the Enemy?
November/December 2007

This study of mysticism and possession in early modern Europe is a model of scrupulous scholarship, not only on account of its detailed scrutiny of a very complex historical literature in half a dozen languages, but on account of its refusal to apply reductionist frameworks at the expense of the integrity of the data. There are many questions and problems which inhere in specific human projects, in this case the pursuit of immersion in the pure love of God. Notoriously, the imposition of a modernist framework does violence to other discourses, other worlds, other vocabularies and motivations, because such a framework assumes that it occupies an objective scientific viewpoint capable of telling it as it really was. Rejecting this kind of violence is not to relapse into a post-modernist relativism, but it does at least require an initial respect for the specific trials and dangers entailed in the attempt to give oneself over to what St. Francis de Sales called high, dry acts of love, as well as the suspension of the spirit in the being of God. These trials and dangers cannot simply be tidied away under the heading of a transition from medieval cosmology to a modern cosmology, or construed as merely a hysterical female sexuality reacting against the imposition of an intolerable disciplinary rigor. That is to say nothing about the insistence of a dogmatic scientism on eliminating the category of soul altogether as primitive and pre-scientific.

Moshe Sluhovsky introduces his theme as the relation between bodies and souls, as well as a built-in uncertainty about whether body and/or soul were possessed by the Friend of souls or the Enemy of souls. Three quests for truth are involved: of the encounter with the divine; of the interior movements within the soul; and the truth of somatic signs in the body. For Sluhovsky, possession by spirits came to pose a major hermeneutic challenge between 1400 and 1700 in the course of which new explanatory frameworks were developed for the relations between the demonic and the divine, the body and the soul, interiority and exteriority, and the natural and the supernatural. New webs of interconnection emerged between the psychological and the physiological, experience and explanation, and the boundaries between the normative and the extraordinary. Whereas for some observers these were primarily theoretical questions, for others, especially women, they touched closely on the authenticity of markings on their bodies and their souls, as well as the reliability of their own witness.

Over these three centuries diabolic possession moved from being a marginal issue for theologians, viewed as a physical affliction, to being a major issue of spiritual disposition. Exorcism was no longer an unregulated trivial pursuit undertaken by mere health practitioners, but became instead a liturgical mode of deciphering interior truths in an atmosphere of increasing suspicion. Of course part of the suspicion arose because profound issues were at stake: subjective experience rather than defined dogma, simplicity and innocence rather than wisdom and learning, equality of access for all sorts and conditions of men and women, and the freedom of the spirit rather than the hierarchical mediation of the Church. There were those who sought to dispense altogether with the embodied imagery of the incarnation and the creation in their pursuit of pure ecstasy, and others for whom demonic temptations were a necessary trial before final purgation.

Given such dangers, some of the most advanced practitioners of the way of the spirit—Teresa of Avila and Jean de Chantal, for instance—became wary and watchful, concerned lest aiming too high only presaged a terrible fall. Like madness and genius, transfiguration and disfigurement were closely allied. Moreover the appointed guardians of appropriate forms of spirituality could themselves become too curious about the precise provenance of demonic activity, to the point where horrified fascination turned into abusive forms of complicity with the Father of Lies himself. Those interested in the details should read the book, in particular with respect to the problems likely to arise when demons fled from the higher faculties to the lower regions, with exorcists following close on their heels.

Sluhovsky undermines more than one standard cliche about possession, especially collective female possession in the 17th century. It has for example been all too easy to suppose there was a major link between possession and the reaction to it, and witchcraft and the persecution of witches. For the most part the two phenomena were quite distinct. It has also been possible to connect spiritual restlessness with the anxieties generated by the new scientific/naturalistic paradigm. In fact medical and naturalistic explanation was part of the confrontation with possession throughout the later Middle Ages, and was no novelty in the early modern period. Spiritual directors were constantly on guard to prevent melancholy taking over nuns.

Again, although the diagnosis of hysteria has indeed functioned to dismiss and prevent female access to speech, power and equality, as feminist scholars have suggested, recent work has shown that in what Wordsworth called their "narrow room" many nuns lived unfretful, creative lives, praying, meditating, composing music and texts, copying manuscripts, and painting, as well as conducting business transactions and running their communities. The problems they encountered arose as part of their active participation in the reform movements of the time and the new forms of spirituality. Quite often it was the onset of reform itself that brought in its train disturbance and confusion. As interior techniques purged themselves of the more extreme and suspect practices the designation of demonic possession lost much of its utility.

Loyola's Spiritual Exercises instructed practitioners to visualize concrete images, such as episodes from the Passion, and to advance slowly and with moderation, under appropriate supervision. Exorcism once again became the mundane healing ritual it had been in the Middle Ages, though under greater control. In the meantime, of course, there had been some major casualties of disciplinary action, including Molinos, and Fnelon in his classic controversy with Bossuet. One had to be very careful to make sure the higher reaches of Counter-Reformation devotion did not bear a suspicious resemblance to Protestant heresies, especially when it came to placing faith above works.

Sluhovsky has a rather piquant modern postscript to this curious history. The Pontifical Academy in Rome, Regina Apostolorum, has recently opened a new course in exorcism, using a modified form of the Roman rite of 1614, to combat Satan's growing presence in the world, for example among followers of heavy metal. Practitioners are advised to consult appropriate medical experts, and to make quite sure all natural explanations are first excluded.

Two modest queries occur to me. With demons so much in evidence I am surprised that angels do not figure more largely, with maybe greater reference to the neo-platonic mysticism prevalent over the same period. My own reading in 17th-century poetry suggests that neo-platonic mysticism had recourse to angels and ministers of grace with relatively little fear of demonic intrusion. I am also intrigued by the reappearance of possession and exorcism in contemporary Pentecostalism. Were Sluhovsky interested in pursing contemporary forms of the mundane healing of troubled souls, caught between the Friend of souls and the Enemy of souls, his next project might involve a visit to Brazil or Nigeria. But in such places possession is a taken-for-granted experience, whether divine or demonic, and exorcism likewise not a critical issue of disciplinary control. Freedom of the Spirit and equality of access are the very basis of the faith, though in an old African tradition Big Men can easily deploy the charisma of the spirit to create a charisma of office, and combine quasi-papal powers with those of a CEO in a major conglomerate. The only way to exorcise that kind of corruption of the spirit is to set up in business on your own.

Moshe Sluhovsky is plainly very sophisticated in his use of English, but he is not a native speaker, and the copyeditor used by the University of Chicago Press seems to have been selected on the basis of equal opportunities for those who do and those who do not speak the language. The book is riddled with incorrect usages by any standard, English or American. A work of this distinction deserves better, even though Satan's mignons encourage charming speculations about the infernal diet.

David Martin is the author of On Secularization: Towards a Revised General Theory (Ashgate). He was recently elected as a Fellow of the British Academy.