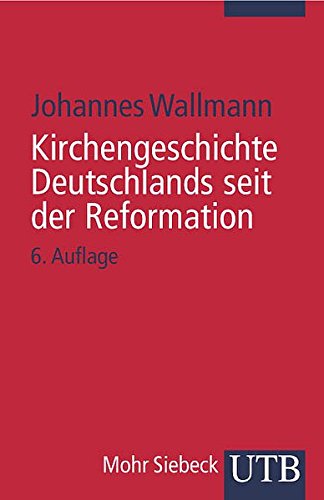 In May 1934, concerned Christians from Lutheran, Reformed, and United Churches in Germany met together in Barmen. The confessing church, as the group came to be known, opposed the increasing influence of National Socialism and issued a courageous call to resist Nazi dominance in the church. They called on their fellow Christians to "withstand in faith and unanimity the destruction of the … Evangelical Church in Germany." They warned of "German Christians" who dominated church government and subordinated Christian principles to National Socialism. "Fear God. Honor the emperor," they reminded their listeners, denying that the State "could become the single and totalitarian order of human life" or that the Church was merely "an organ of the State."[1]

The Barmen declaration challenged the overarching authority of National Socialism and the quiescence of German Protestants. In any totalitarian regime, a comparable document would be a spirited defense of the church and its freedoms. In a German context, the Barmen declaration was particularly brave. Not only did it oppose the present government, it also opposed a long history of state direction of German Protestantism.

Johannes Wallmann's Kirchengeschichte Deutschlands seit der Reformation (Church History of Germany since the Reformation) delineates the confessing church's anomalous relationship to the state. Although this is a survey text, the leitmotiv of church-state relations is inescapable. From the early days of Martin Luther's career as a reformer to the administration of the "church in socialism," secular authorities steered the Protestant church in Germany. Whatever their political hue, German governments greatly influenced Protestant churches.

Wallmann's book exemplifies a common German genre that is relatively unknown in the Anglo-American publishing world. It is what Germans call a Handbuch, literally a handbook. Handbooks introduce a subject at a fairly high level. Like other handbooks, Wallmann's is not gripping, but it is very informative, and despite his initial designs to write for a lay audience, his book has been adopted by students. A reviewer even noted that a Protestant theologian could hardly successfully prepare for exams without recourse to Wallmann. [2]

For those who are not reading (or cherry-picking) Wallmann's handbook in the hopes of passing their exams, a different picture emerges. If the general reader avoids becoming bogged down in details of individual theologians, he or she can see the broad scope of German church history, or at least church history when it is defined as the actions and thoughts of great theologians, pastors, and rulers. Wallmann's narrative demonstrates that for almost five hundred years the state actively protected certain confessions, rejected others, administered and supervised the church, provided for church discipline, and supplied moneys for the church. Even theological debates played themselves out against the backdrop of state support since theological faculties were (and are) located at state-run universities and princes could (and did) purge their theological faculties of dissenting opinions. Wallmann's focus on theology may well overstate the importance of state direction. But even in cases where reform movements worked counter the establishment—e.g., Pietism—the state played a decisive role in accepting or rejecting the reforms.

State support for Protestantism made it possible for the new faith to flourish, preventing Protestant reforms from becoming just one more heresy. From May 1521 to March 1522, Luther hid at the elector of Saxony's fortress, the Wartburg, and translated the New Testament and outlined sermon topics for evangelical pastors. In 1525 Luther eventually turned to the princes to suppress the Peasants' Rebellion, which in his mind misapplied the evangelical message to social questions. From 1526 to 1530, the elector of Saxony held a visitation of churches and schools to determine whether his subjects knew the doctrinal foundation of their faith. The results so distressed Luther that he wrote his Small Catechism, a compendium of Christian knowledge, and charged the elector to assume the role of bishop (spiritual head) in his territory. Luther was not alone in relying on state support. City councils in Zurich, Strasbourg, Basel, and Ulm decided to adopt Reformed forms of religion.

Ecclesiastical and political authorities have remained intertwined throughout Protestant German history. Since religious structures depended on political structures, Protestant churches in Germany faced uncertainty whenever the political order changed. German Protestantism has always been territorial in the sense that church authority followed the territorial boundaries of the state. Therefore the church had to adapt its sphere of responsibility whenever political boundaries moved. More importantly, when political authority took new forms, the church negotiated new definitions of the duties of the state towards the church. When Napoleon conquered parts of Germany in the early 1800s, when the monarchy abdicated in 1918, when National Socialists took power in 1933, when East and West Germany were established after World War II, and when Germany was reunited in 1990, the organization and polity of the church changed as well.

During the 17th century, the principle of episcopalianism (Episkopalismus) governed the Protestant church, which meant that territorial rulers assumed responsibilities previously held by bishops. The prince was the secular ruler and the head of the church. By the end of the century, the prince's power had been slightly redefined so that church administration became part of territorial administration. Church governance was one duty among the prince's other duties, a philosophy known as territorialism (Territorialismus).

Wallmann considers the Prussian church the epitome of a state church, where the church's freedom was secondary to the prince's aims. King Friedrich Wilhelm I (r. 1713-1740) created a united Protestant church out of Lutheran and Reformed churches in his territory. He stilled dissent by ordering pastors not to preach against the government. His successor, Friedrich II (r. 1740-1786), treated pastors as members of the civil service: they were to plant mulberry trees, introduce potato cultivation, and read police ordinances from the pulpit.

The old order of German church-state relations ended in the first decade of the nineteenth century when Napoleon's victories led to the secularization of Catholic prince bishoprics in 1803 and the dissolution of the German Reich in 1806. Although some wanted to reconstitute the German church along Presbyterian lines, the state retained supervision over the churches. In a rare disclosure of his personal beliefs, Wallmann notes that he considers it tragic that 19th-century theologians and pastors missed the big social questions of their times—industrialization, urbanization, and rapid social change—and instead spent their time debating forms of church government.

The upheavals of the 20th century refashioned German Protestant polity numerous times. When the monarchy was dissolved in 1918, some called for separating the church from the state. The Weimar constitution, however, guaranteed the future of theological faculties at universities and religious instruction in schools. It also granted the church the status of a public body, which meant the church could extract taxes from its members. Provincial churches, for example the Lutheran church in Saxony, signed contracts with the provinces to regulate their affairs.

In general, church contracts guaranteed that the state would support theological faculties, that the state could help appoint church leaders in some instances, that religious instruction would remain a school subject and that the state would support the church financially. Contracts between provinces and provincial churches also governed church polity after National Socialism, when "German Christians" took over church governance. In 1948, provincial Protestant churches formed the Evangelische Kirche in Deutschland (Evangelical Church in Germany, or EKD). The church continued its close cooperation with the state in the provinces that became West Germany. In East Germany the Protestant church lost its favored position. Religious instruction in schools was forbidden in 1953 and leaders of student and youth groups were regularly harassed. The Eastern church rapidly lost congregants. When Germany was reunited, the Eastern churches dissolved their church organizations and rejoined the EKD.

Throughout Wallmann's narrative, the history of Catholicism in Germany forms a counterpoint to the Protestant story. Catholics had an alternate polity that was sometimes more restrictive and sometimes freer than Protestantism. In prince bishoprics, the bishops were the secular authority. But in secular territories, the presence of Catholic church hierarchy, i.e., Catholic bishops, meant that Catholic princes did not have the same level of control over the church that Lutheran princes did. In addition, Protestantism does not provide the parallel structures of regular and monastic clergy present in Catholicism. Wallmann notes that while German bishops did not embrace Tridentine reforms, Jesuits did and enacted the Council of Trent's decisions in Germany. Wallmann also considers that the Catholic church, and especially its orders, were better prepared to help people during times of social upheaval. Today a slight majority of German Christians are Catholics.

The history of the Catholic church is always secondary to the history of Protestantism in Wallmann's book. Perhaps a book based mostly on German theological and political movements cannot do justice to the international dimension of Catholic history. Nonetheless, the Catholic church's success at responding to the social questions of the 19th century and attracting congregants in the 21st century suggests that there might be more to their history than playing second fiddle to developments in Protestantism. The history of Catholicism offers a subtle critique of the relationship between the German state and Protestant churches. And while handbooks usually steer clear of offering possibilities and counter-histories, the history of Catholicism in Germany suggests a different way to "Fear God. Honor the emperor."

At the end of Wallmann's history, a nagging question remains. Why did the state direct the church for so long? Or to put it the other way round, why did the church look to the state for support for so long? Luther needed state protection to keep his head, but could there have been a later point where the church distanced itself from the state? At this point, the cultural roots of the author and the reviewer become exposed. It is self-evident for Wallmann that the state should support the church. For the reviewer, who grew up in a society ruled by the first amendment, it seems that some space between the state and the church benefits both.

Mary Noll Venables is a historian living in Ireland.