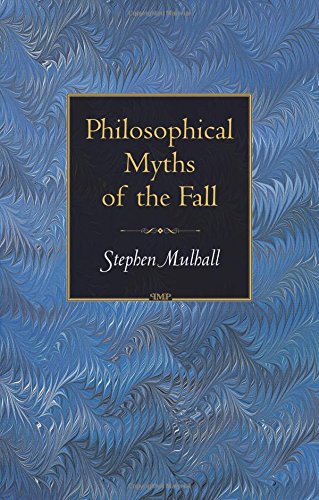 Versions of the Fall.
November/December 2007

There was a time in the 1990s when Christian theorists commonly referred to Derrida, Foucault, and their ilk as perceptive observers of the fallenness of the world. Granted, Paris was no Lourdes: one wouldn't look to them for healing. But one could find in these "postmodern" theories—focused on power and violence—a solid diagnosis of the human condition as experienced in a broken, postlapsarian world. Indeed, Heidegger, Derrida, Foucault and others were read as if they were good Calvinists with a highly calibrated sensitivity to all the ways humanity is prone to perversion, domination, and sin. In the same vein, Merold Westphal pointed out the way in which the masters of suspicion—Nietzsche, Marx, and Freud—could be read almost as Puritans of a sort, discerning humanity's ubiquitous predilection for idolatries of all kinds.1 So phenomenology and post-structuralism were considered new renditions of a story as old as Augustine (or Moses, depending on one's account of doctrinal development): a tale of original sin.

Such readings are not fantastic feats of eisegesis or merely the inventions of Christian scholars looking to underwrite their interest in Continental theory. In other words, these often aren't just matters of convergence, but influence—sometimes direct, in other cases more oblique. In some instances, there are paper trails that point us to the specifically Christian origins of what emerged as "secular" theory. Take, for example, Heidegger's landmark work Being and Time (1927). Upon its publication, Rudolf Bultmann thought he had discovered gold in Marburg. Undertaking what can only be described as a monumental work of apologetics, Bultmann tried to show that the existential core of the New Testament's teaching could be affirmed as true because it was corroborated by the neutral, philosophical work of Heidegger's Being and Time. O happy coincidence!, thought Bultmann. The New Testament understanding of the human condition could be demonstrated as true through the secular philosophical confirmation of just this vision of the human condition unveiled by Heidegger's hermeneutic phenomenology. But as the later publication of Heidegger's early lectures has shown, this was not merely a happy coincidence: the "secular" vision of the human condition in Being and Time did not constitute independent evidence for the New Testament. In fact, there was no independence at all: Heidegger had first worked out the basic themes of Being and Time by lecturing on Saint Augustine and Paul's Letters to the Thessalonians! What emerged from his hut in the Black Forest was not the independent verification of the New Testament that Bultmann's apologetic project required; rather, Being and Time was a sort of translation or "formalization" of the Pauline vision.

For readers attuned to these conversations, Stephen Mulhall's Philosophical Myths of the Fall will be neither surprising nor counterintuitive. But we should not therefore underestimate the element of scandal in Mulhall's project, which is to suggest that key canonical figures in modern philosophy—Nietzsche, Heidegger, and Wittgenstein—reinscribe the Christian doctrine of original sin. As Mulhall puts it, "all three in fact engender a conception of the human condition that constantly inclines them to reiterate elements of a distinctively Christian structure of thought." The result is a "secularized conception of the self and its world"—a translation of the particularities of Christian confession into more neutral or more universal categories, and thus unhitched from any specific faith commitments.

Mulhall is absolutely right to see this project of secularizing or formalizing Christian theological resources at work in Nietzsche, Heidegger, and Wittgenstein—just as others have discerned something of the same in Marx, Freud, and Derrida. Indeed, Mulhall's essays offer distinctive contributions to these discussions by patiently and carefully showing the way in which Nietzsche repeats his own myth of a "Fall," or the way in which Wittgenstein's Philosophical Investigations could be plausibly read as a reperformance of Augustine's Confessions. But these secular translations engender two related problems that deserve consideration. First, just what is getting translated? What's taken to be the Christian story that is then reworked and secularized? And second, what happens to the Christian story in that process? Is there something lost in translation? Or as Mulhall asks, "can one say what the Christian has to say about the human condition as fallen, and yet mean it otherwise?"

On the first score, Mulhall falls into just the trap that Nietzsche, Heidegger, and Wittgenstein do: conflating fallenness with finitude. The so-called Christian doctrine that is put on the table to be "translated" turns out to not be received catholic orthodoxy, but already some bastardization of the Church's confession. In this case, Mulhall persistently takes it that the doctrine of original sin specifies that the desires of humans are sinfully perverted "by virtue of their very condition as human." In a favorite turn of phrase, Mulhall repeatedly emphasizes that humans are "always already" errant, corrupted, and misdirected. To be human, then, is to be "essentially" sinful, "sinful simply by virtue of being human."

But this is decidedly not the orthodox doctrine of original sin. Rather, what Mulhall give us is an all-too-common Gnostic rendition of it (one which, admittedly, evangelical Protestants are sometimes prone to confuse with the real thing). This is to read the Bible as if it began with the third chapter of Genesis. The paradox is that an orthodox understanding of original sin does not posit sin as properly "original"; that is, it does not regard sinfulness as coincident with being human and finite. And when such a misunderstanding of original sin is coupled with some hope of redemption, we find the contorted philosophical acrobatics that Mulhall finds in Heidegger and Wittgenstein: redemption from this condition of fallenness requires redemption from being human.

What is consistently lacking in these secularized or formalized versions of the Fall is the distinct nuance of the Christian vision, viz., the ability to imagine the world otherwise. Without the prior goodness of creation, there is no Fall. Our present condition is "not the way it's supposed to be," as Cornelius Plantinga so aptly put it. So, too, the doctrine of the eschaton, which enables the Christian story to imagine humanity remaining finite and human but inhabiting the world otherwise. This is why Abraham Kuyper suggested that Christian scientists and scholars would always be "abnormalists," not tempted to confuse our currently observable world with the way things ought to be. To confess with the creed that God is the "maker of heaven and earth," and conclude our confession with the hope of "the resurrection of the dead," is to be able to imagine humanity otherwise while still affirming the finitude and embodiment that are constitutive of being creatures.

What guides Mulhall's reading, then—and here he's just being faithful to his subjects—is a doctrine of the Fall without Creation (the book tellingly opens with Genesis 3 as an epigraph). What happens to Christian doctrine when it is formalized or secularized in this way? After all, the translation projects of a Heidegger or a Wittgenstein are undertaken precisely in order to distill a universal, supposedly neutral account of "the human condition"—to tell us that this is "just the way it is." Their goal is to "unchain" the myth of the Fall from the specificities of Christian faith—and a persistent line in Mulhall's book is to call into question the extent (and even the possibility) of their success in this regard, considering the ways in which these formalizations or secularizations of Christian doctrine fail to completely detach themselves from the specificity of Christian faith. Thus Mulhall, in somewhat Rahnerian fashion, seems to hint that Nietzsche, Heidegger, and Wittgenstein are closet Christians of a sort, precisely because their philosophical myths of the fall can't completely unhook themselves from their theological origin.

But there is also a second trajectory of concern that Mulhall doesn't seem to consider: that is the way in which these secularization projects yield not "translations" but something different altogether—that despite similar tropes, a very different story is being told. And here I think Christian theorists need to be especially discerning: because the rhythms and rhymes of Heidegger and Derrida can sound like secular renditions of the Christian story, we can be lulled into something like Bultmann's euphoria, thinking that Continental philosophy has "got religion" and now bolsters our Christian claims about the human condition. But it's precisely when Heidegger or Derrida or Badiou take up Christian themes that we should be most wary, carefully considering just what's getting said in and through these re-deployed theological terms. Mulhall's survey should help us to appreciate the way in which contemporary philosophy is wont to draw on the spiritual capital of the Christian story but deny the power thereof. When that happens, what matters most is lost in translation.

1. Merold Westphal, Suspicion and Faith: The Religious Uses of Modern Atheism (Eerdmans, 1993). This kind of project is helpfully extended in Bruce Ellis Benson, Graven Ideologies: Nietzsche, Derrida & Marion on Modern Idolatry (InterVarsity Press, 2002), which provides something of a supplement to Westphal. I offered a specific account of Heidegger's reworking of the doctrine of the Fall and a myth of fallenness in Derrida in The Fall of Interpretation: Philosophical Foundations for a Creational Hermeneutic (InterVarsity, 2000), ch. 3-4. And John Milbank considers the way in which Christian concepts are taken up and reworked in modern social theory in Theology and Social Theory (Blackwell, 1990). One could argue that the recent work of Alain Badiou and Slavoj Zizek on Saint Paul translates not the Fall, but redemption, into a formal philosophical notion.

James K.A. Smith teaches philosophy at Calvin College. His most recent book is Who's Afraid of Postmodernism? Taking Derrida, Lyotard, and Foucault to Church (BakerAcademic).