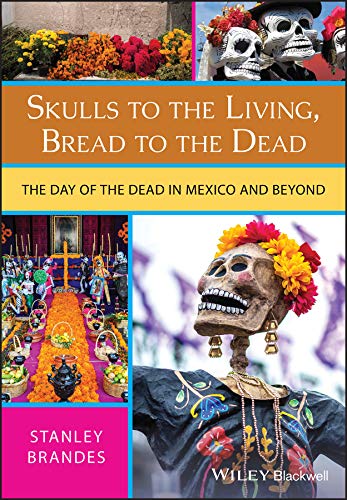 Mexico's Day of the Dead and the ambiguities of "tradition."

Stanley Brandes examines the Day of the Dead in Mexico in order to show that what seems to be a fundamental response to a universal predicament is subject to the vagaries of time and place. Mexicans have promoted the Day of the Dead as exhibiting the carefree and jocular attitudes to death you might expect among peoples for whom death is an everyday part of life, and increasingly so as the incidence of premature death among them has fallen precipitously. North Americans have colluded with this view, and even adopted the Day of the Dead for themselves as a counterweight to the hushing up of death in North America as a purely private matter. It is supposed that down there, on the other side of the Rio Grande del Norte, they celebrate death publicly, whereas in the United States they suppress it and allow grief to fester. Down there you find a wisdom and therapeutically efficacious rituals lost to contemporary sophisticates.

In other words the Mexican Day of the Dead, with roots maybe in pre-Columbian times, is advertised as "authentic" folklore, both by Mexicans, among them intellectuals and journalists, and North Americans, who yearn for the untainted expressions found in an older culture than their own.

Stanley Brandes was himself just that kind of North American when he first went to Mexico as a budding ethnographer. At one and the same time he shied away from cadavers and was shocked at the way commerce had taken over and promoted an authentic folk ritual for profit and as a tourist attraction. This, he thought then, was cultural sacrilege.

Now he concludes there is no authentic core of the Day of the Dead to be located and suitably purified of adventitious accretions. The ritual has always adapted itself to different political and economic circumstances, and just as pilgrimage in the past mingled with money making, so does the Day of the Dead. It is what you expect in a global society where borders are porous and tourists ubiquitous. Who would begrudge local Mexican ...