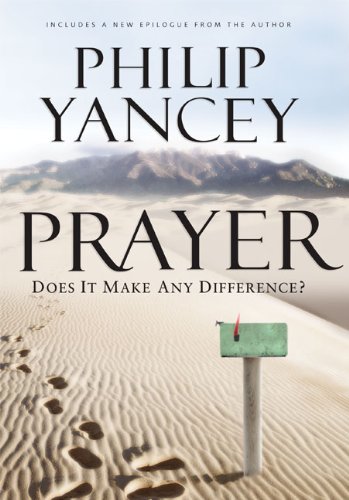 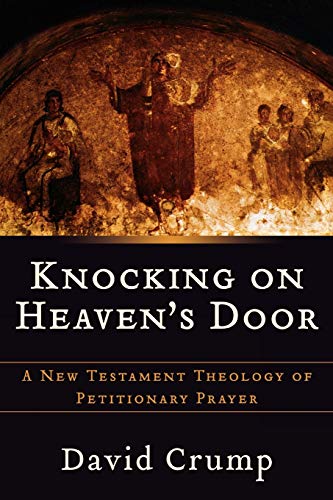 Prayer and the Cross

Usually, there's no finer book recommendation than that sweet phrase "I couldn't put it down." But let me recommend Philip Yancey's new book on prayer with the opposite, yet equally enthusiastic, encomium: one of the many small evidences of this book's forcefulness is the number of times I did put it down—the number of times I interrupted my reading because I was inspired to pray.

I own and have read dozens, possibly hundreds, of books on prayer. A whole bookcase, right next to my desk, is filled with them: Dom Gregory Dix's The Shape of the Liturgy, Roberta Bondi's To Pray and to Love, F. D. Maurice's sermons on the Lord's Prayer… . Once upon a time I thought that my devotion to reading about prayer was a mark of my spiritual advancement. Eventually I came to realize my mistake: in fact, I love books on prayer not because I am uniquely prayerful, but because it is far, far easier to read about prayer than to actually pray. It is the rare book about prayer that, rather than inadvertently distracting me from the pursuit of a praying life, actually prompts me to pray. Yancey's Prayer is one such book, and I am grateful for it.

Yancey freely airs his own struggles with praying. He marvels at friends who sit in meditative prayer for an hour a day, and admits that he can labor to pray for fifteen minutes. Characteristically, he tackles the hard questions, starting with the toughest: does prayer make any difference? Yancey's answer is a resounding yes. He notes both that prayer can change the person praying, making her more compassionate or more attentive or more humane, and that prayer can affect the course of human events. In particular, Yancey singles out the downfall of Communism and the end of apartheid as political transformations in which he believes "prayer played a crucial role."

Yet some of Yancey's most important observations are about the times when God does not answer prayer. Rejecting the familiar, awful platitudes that well-meaning Christians so often dispense (such as "God did answer your prayer—the answer was no!"), Yancey directs our attention to the many biblical instances of unanswered prayer: David's pleas that his and Bathsheba's son live, the requests of Moses, Job, Jonah, and Elijah to die, Israel's sometimes-unanswered prayers for military victory, Jeremiah's prayers that Jerusalem be spared destruction. Paul "had his share of unanswered prayers: you need only read his luminous prayers for churches and then read the sad record of those churches to realize how far short they fell of the ideal for which he prayed." And of course Jesus' cry of dereliction on the cross—Eli, eli, lama sabachtani—is the quintessential unanswered prayer.

While insisting that there is no formula for right living that will ensure an answer to one's prayers, Yancey does offer a prophetic reminder, which is as disturbing today as when Isaiah and Malachi first made the point: a lack of concern for orphans and widows, and complicity in social injustice, are directly related to God's hearing, or not hearing, our prayers. As the book of Proverbs puts it, "If a man shuts his ears to the cry of the poor, he too will cry out and not be answered."

Yancey muses compellingly on God's desire for human freedom. Yes, we want our prayers answered, but what kind of world would this be if, whenever we asked for something, poof: it appeared. Returning again to Scripture, Yancey notes that God does occasionally intervene directly in the natural order – causing a plague, or reversing a disabling illness. But "apart from these rare events called miracles," the Bible does not emphasize God's dramatic, unexpected intervention in human affairs. Scripture is much more interested in capturing God's "ongoing providence… . God's will being done through the course of nature and ordinary human activity: rain falling and seeds sprouting, farmers planting and harvesting, the strong caring for the weak, the haves giving to the have-nots, the healthy ministering to the sick. We tend to place God's activity in a different category from natural or human activity; the Bible tends to draw them together," and it is in that context that we must think about prayer. Prayer is not only about our asking God to intervene in our lives; it is also, and perhaps more essentially, about our entering into and aligning ourselves with the work that God is already doing in his creation.

Many of the same questions animate Knocking on Heaven's Door, a complex, multilayered, and captivating scholarly study of petitionary prayer by Calvin College's David Crump. Crump seeks to honor both God's sovereignty and the notion that we have a "truly reciprocal relationship" with God, a relationship in which our concerns "make a real difference to God." Crump's way into this mystery is a careful reading of New Testament passages pertaining to petitionary prayer: the parable of the persistent widow; the Lord's Prayer; the early church's prayers in Acts; Paul's prayers and requests for prayer; and so on.

In the last chapter, Crump draws together several overarching, constructive conclusions: the Bible tells us that we pray to a personal God, who responds to our prayers. Indeed, the New Testament suggests an intimate relationship with God, a God who cares even about the small details of our lives. Crump insists that God is "personally available to hear and to respond to each individual's requests in a two-way relationship of personal give and take." Those who charge that such a view somehow undoes God's sovereignty are themselves, says Crump, captive to a "Neoplatonic theological prejudice that substitutes … philosophical smoke and mirrors for the truth plainly revealed in Scripture."

Crump dwells on the eschatological emphasis of New Testament prayer. Jesus taught us to pray "thy will be done," a petition that underscores the fact that we live, and pray, in in-between times, and most New Testament prayers focus on "things that matter for eternity." Paul's intercessions, for example, typically found him praying that others would be eschatologically formed and eschatologically minded, that they would finish the race well, and come to the throne of Christ where they could hear the praise, "Well done, good and faithful servants." Taken as a whole, the New Testament—which is filled not with requests for miracles so much as pleas for endurance during times of trial—seems to suggest that "suffering [is] the norm for God's people." Today, many of the prayers that go unanswered are prayers that, one way or another, ask to evade suffering. Hence in his last few paragraphs, Crump offers a radical affirmation of the centrality of the Cross to Christian prayer. Powerful prayer, he says, is not prayer that leads to bodily healing and riches. Rather, the Bible's model of powerful prayer is Paul's petition, in prison, that we "may have power, together with all the saints, to grasp how wide and long and high and deep is the love of Christ."

One wishes only that Crump's provocative concluding remarks were not so brief. His clearly circumscribed purpose is to address prayer as it appears in the New Testament, not as it appears in people's homes and churches today—yet, his words about eschatology and suffering are so unsettling that one wishes he had teased out more explicitly the implications of New Testament prayer for the lives of ordinary Christians in the 21st century.

Perhaps the implications for us are this: without dissenting from the notion that prayer can make a difference in human events, we can, as Crump suggests, affirm that the essential shape of our prayer is cruciform. When we suffer, a miraculous answer to prayer is not out of the question, but our hopes for a miracle ought to be secondary. The primary hope with which we pray, in our sufferings and our darkness, is the hope of the Resurrection.

Lodged at the heart of the Christian story is the sustaining claim that God is present in our suffering. That simple, profound truth clears the ground so that prayer can be not only a place of mere asking, but a place of fellowship and contemplation. And that is a picture of prayer that makes me want to close all my books, and pray.

Lauren F. Winner is the author of Real Sex (Brazos Press) and is currently teaching at Duke Divinity School.