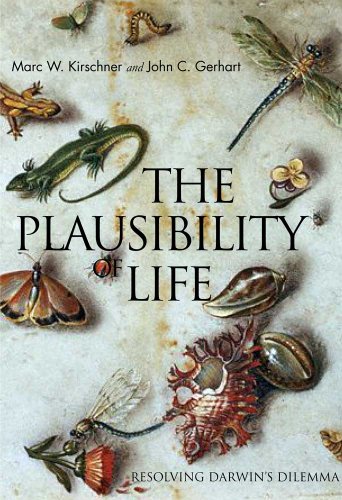 Two biologists claim to close a "major gap in Darwin's theory" of evolution.

Darwinian evolution is widely advertised to be a fact, as firmly established as the shape of the Earth. Defenders of the theory insist that there is no scientific controversy over it, and people who question or criticize it are typically accused of being ignorant or religiously motivated. Yet every few years a book comes along—written by scientists—claiming to remedy some major flaw in evolutionary theory.

The Plausibility of Life, by Marc W. Kirschner and John C. Gerhart, is such a book. Gerhart is an eminent cell and developmental biologist, now retired after a distinguished career at the University of California at Berkeley; Kirschner—once Gerhart's graduate student (as was I)—is an equally eminent biologist, now a department chair at Harvard University. According to the book's jacket, the authors close "a major gap in Darwin's theory" and thereby provide "a timely scientific rebuttal to critics of evolution who champion 'intelligent design.'"

The "major gap" in Darwin's theory is the origin of novelty: new variations, physiologies, anatomies, and behaviors. According to Kirschner and Gerhart, Darwin's theory rests on three pillars: natural selection, heredity, and variation. Darwin provided the first, and Mendelian and molecular genetics provided the second, but until now "a major weakness remained, casting all else in doubt." That weakness has been the origin of new variations: "Ignorance about novelty is at the heart of skepticism about evolution, and resolving its origins is necessary to complete our understanding of Darwin's theory." Indeed, the "cardinal issue in evolution is the origin of complex and heritable variations," and the authors maintain that until now no one has dealt adequately with this issue. "The plausibility of life," they write, "rests on the plausibility of generating novelty, and that in turn rests on mechanisms newly uncovered in biology."

Such variations must arise in the embryo, so Kirschner and Gerhart write that "understanding ...