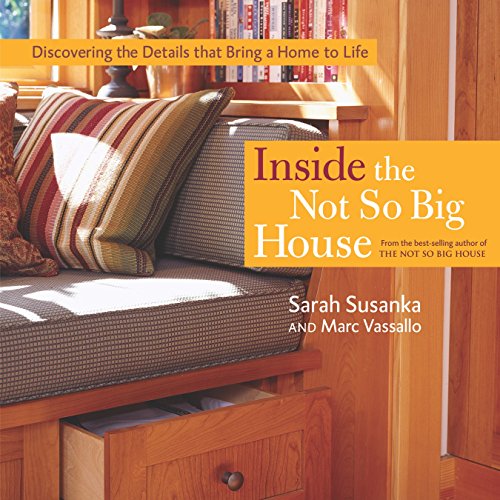 Inside the Not So Big House: Discovering the Details that Bring a Home to Life (Susanka)
Marc Vassallo; Sarah Susanka
Taunton Press, 2005
216 pp., 34.95 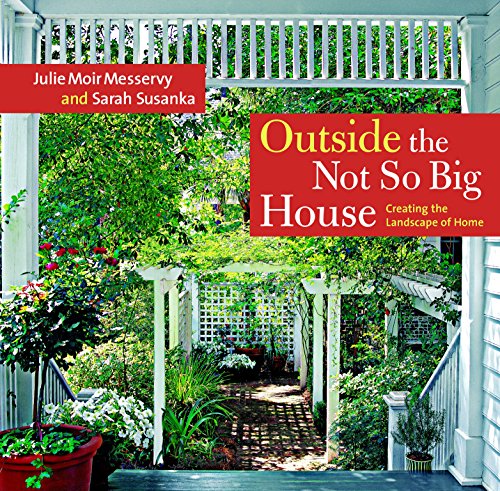 Outside the Not So Big House: Creating the Landscape of Home
Sarah Susanka; Julie Moir Messervy
Taunton Press, 2006
216 pp., 34.95

Thirty years ago the term "American style" was something of an oxymoron. With the exception of a few upper-class sophisticates, Americans had no style. American cuisine consisted of meatloaf and Jello and Maxwell House. American house design favored wall-to-wall carpeting and ground-to-roof aluminum siding. And the ideal American front yard was a rectangular green lawn topped by balls of yew and forsythia.

Then in the 1980s and '90s came TheSilver Palate and Starbucks, and Americans added to their vocabulary words like "pesto" and "arugula" and "cappuccino." At the same time Martha Stewart appeared, and we all learned how to arrange flowers and sponge-paint the bathroom and bake little lemon tarts. These arbiters of taste showed middle-class Americans how to enjoy the finer things that were once available only to the wealthy.

Another influence in this recent upgrading of American style is the architect Sarah Susanka. Just as The Silver Palate authors aimed to "take the mystery out of good food," so Susanka would take the mystery out of good design. Her Not So Big House series—six books to date, starting in 1998— has sold nearly 800,000 copies, according to her publisher, Taunton Press. Susanka's mission is to rescue Americans from the deeply entrenched belief that when it comes to home, bigger is better. Too many families spend good money on houses with formal dining rooms and living rooms that are seldom used. Too many large and impressive houses never feel like home. Susanka would help the average American create a house that is "small and real rather than large and fake." A Not So Big House is not magnificent, but it is beautifully designed. It may have no dining room, but every room is loved and used every day. It is a house built not according to a dignified Victorian ideal but according to the informal living patterns of today's American family.