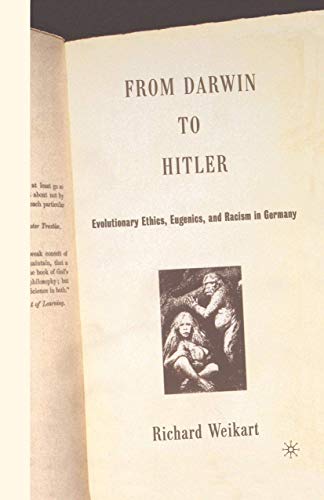 Yes, he really was a Social Darwinist.

One of the most pernicious and widespread fictions ever foisted on an unsuspecting public claims that Charles Darwin was not a social Darwinist. Not so. For example, in a letter to one William Graham dated July 3, 1881, Darwin wrote:

I could show fight on natural selection having done and doing more for the progress of civilization than you seem inclined to admit. Remember what risk the nations of Europe ran, not so many centuries ago, of being overwhelmed by the Turk, and how ridiculous such an idea now is! The more civilized so-called Caucasian races have beaten the Turkish hollow in the struggle for existence. Looking to the world at no very distant date, what an endless number of the lower races will have been eliminated by the higher civilized races throughout the world.

According to the myths of standard historiography, Darwin confined himself strictly to matters biological—even in The Descent of Man, when he finally came, late in life, to apply his theory to man's place in the evolutionary tree. So whatever damage came to the poor and downtrodden from Darwin's theory is due to others, above all Herbert Spencer. Here, in Spencer, can be found the villain of the piece: that second-rate thinker ruined a perfectly good biological theory by hijacking it for cutthroat capitalism, contempt for the poor, laissez-faire lassitude about social legislation, and so forth. Spencer, the claim goes, was the first to transpose ethics into evolutionary terms, defining as good whatever promoted the "progress" of evolution and as bad whatever hindered it.

Unfortunately for Darwin's own reputation, this thesis does not bear scrutiny. Spencer might well have been the first to coin the phrase "survival of the fittest." But Darwin enthusiastically adopted it in the 6th edition of his Origin of Species as a substitute term for "natural selection." Nor did he ever demur when other advocates of evolution's social application came pleading their case. Karl Marx asked if he might dedicate ...