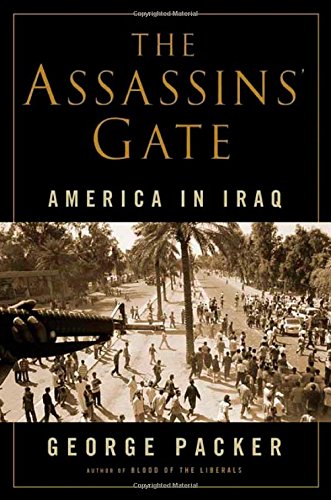 The chaos of post-Saddam Iraq.

Unlike allegations that the Bush Administration knowingly deceived the American people about Iraq's possession of WMD, the charge that the administration failed to properly plan for the chaos of post-Saddam Iraq cannot be dismissed as mere partisanship. While Democrats have every reason to highlight the early mistakes and Republicans have reason to downplay them, there seems to be a growing consensus that the entire affair was poorly planned and managed.

In the months leading to the invasion of Iraq, George Packer writes, "a who's who of foreign policy and military think tanks," including the Rand Corporation, the Army War College, the United States Institute of Peace, and the National Defense University's Institute for National Strategic Studies, produced reports that "were striking for their unanimity of opinion. Security and reconstruction in postwar Iraq would require large numbers of troops for an extended period, and international cooperation would be essential." None of these, Packer observes, seems to have penetrated the Oval Office, nor did similar warnings and assessments from frustrated military experts inside the Pentagon, particularly the office of Stability and Peace Operations, or from the State Department's "Future of Iraq Project."

Even a figure as influentially placed as Marine General Anthony Zinni, Gen. Tommy Franks' predecessor at U.S. Central Command, was ignored after urging CENTCOM to dust off Operation Desert Crossing, an on-the-shelf plan for reconstruction following regime change in Iraq. The litany of missed opportunities continues with a rebuffed bipartisan offer of assistance from the conservative Heritage Foundation and the Center for Strategic and International Studies, organized by the Council on Foreign Relations. Finally, Packer reminds us of Army Chief of Staff Gen. Eric Shinseki's testimony before Congress, in which Shinseki concluded that, based on his experience in the Balkans, postwar Iraq would require "something on the order of ...