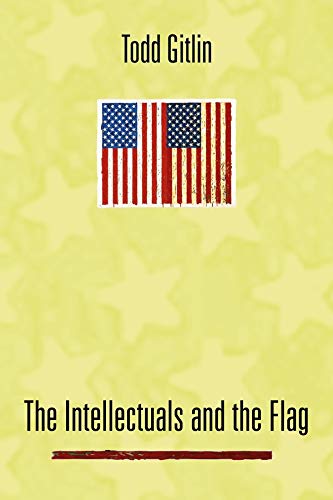 An intellectual and the flag.

In the days after September 11, 2001, Todd Gitlin did a strange thing: "My wife and I decided to hang an American flag from our terrace" in New York City. This hardly seems to have been a strange thing for a lot of other Americans. Commuting between Paoli and Princeton that fall, I saw flags festooning overpasses, flapping from car windows and antennae, even painted on bedsheets draped from houses. But it was strange for Gitlin, so strange that he was riveted by the spectacle of his own behavior. This, remember, was Todd Gitlin: one-time president of Students for a Democratic Society, chronicler of the Sixties, professor of journalism and sociology at Columbia, and one of the poster boys for David Horowitz's "101 most dangerous academics in America." The only flag sds had ever revered was the North Vietnamese one. In 1969, Gitlin admits, "the American flag did not feel like my flag." And how could it, "when our people had committed genocide against the Indians, when the national history was enmeshed in slavery, when this experience of historic original sin ran deeper than any class solidarity, when it was what it meant to be American?"

And then, a few weeks later, Gitlin and his wife took the flag down. Between those two gestures lies the bulk of Gitlin's book, The Intellectuals and the Flag, and much of the agony of the American Left.

The American Left has always had difficulty understanding its own history, largely because there has never been anything you could call an American Right against which it could define itself. There was serious dissension about banks, corporations, and government sponsorship of commercial projects (road-building, canals, tariffs) throughout the decades between Jefferson and Lincoln. But apart from the American Tories and the most radical Calhounites, there was no serious American political movement in the early republic which dissented from liberal democracy or the premises of the Declaration of Independence or which thought monarchy was ...