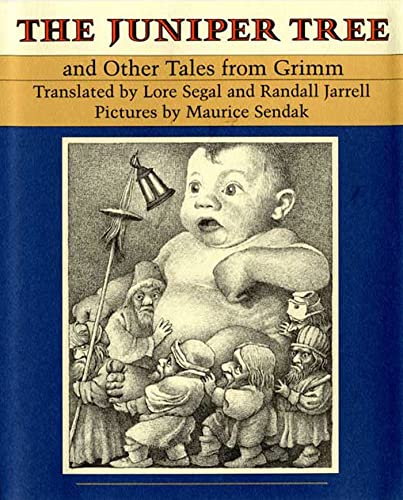 How the Brothers Grimm Overthrew the Evil Empire

It is rumored that, due to the cumulative effect of small atmospheric variations, downdraft from a butterfly's wings on one side of the world may cause a typhoon on the other. Similarly, Ray Bradbury told how a tourist traveled in time to the Jurassic Era and stepped on a butterfly. He returned to the 20th century to find tyranny had replaced democracy. The Butterfly Effect, as it is called, thus refers to "sensitive dependence on initial conditions," in particular the spell cast by small causes on large events at a distance.

What good is a fairy? In an era when fantasy was under suspicion, Bruno Bettelheim wrote an ingenious and fruitful book with a title, Uses of Enchantment, that justified Tinkerbell in just such utilitarian terms. Bettelheim argued that fairy tales not only entertain, but "enlighten (a child) about himself" and help him "find meaning in life." J. R. R. Tolkien had already pointed out that fairy tales teach children the wonder of simple things. If we lend credence to the Butterfly Effect, we may add a further use of enchantment: Grimm fairy tales helped win the Cold War.

What did Jacob and Wilhelm Grimm have in mind when they gathered, edited, and rewrote their collection of Central European folk tales? Bettelheim hinted at spiritual dynamics beneath his own gently Freudian reading of the Grimms. In The Owl, the Raven, and the Dove: The Religious Meaning of the Grimm's Magic Fairy Tales, Jesuit scholar Ronald Murphy explored those depths.1 Within the gingerbread of beloved tales—"Hansel and Gretel," "Sleeping Beauty," "Little Red Riding Hood"—he detected strangely familiar dogmatic latticework. Most obviously, perhaps, in "Snow White and the Seven Dwarves":

Once it was the middle of winter, and the snowflakes fell from the sky like feathers. At a window with a frame of ebony a queen sat and sewed. And as she sewed and looked out at the snow, she pricked her finger with the needle, and three drops of blood fell in the snow. And in the white ...