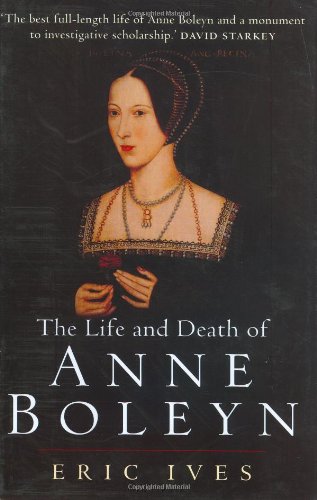 The Rise & Fall of Anne Boleyn

She gambled and lost.

Anne Boleyn, claims her biographer Eric Ives, "was the most influential and important queen consort this country has ever had." This would seem a very strong statement when we consider that Anne spent a mere three years as queen. But it is hard to come up with any real alternatives. The most obvious competitor would be Eleanor of Aquitaine, but of course she was a very powerful woman in her own right, the sole owner of large portions of France; Anne was born a commoner. In recent centuries the most influential queen consort was probably the late Queen Mother, wife of George VI, but her influence, while beneficial, did not change the course of history. Anne, on the other hand, was the catalyst for a series of events that would spiritually and politically detach England from Europe and set the country onto the exceptionalist course it would pursue for the better part of five centuries.

Anne has certainly proved one of history's most consistently controversial figures. During her life many thought of her as the "great concubine." Conservatives and pious Catholics considered her marriage to Henry illegal and herself no better than a whore. After her execution she became, if not exactly a martyr, than at least a figurehead for the nascent Protestant movement, as her predecessor Katherine of Aragon had been for the Catholics. Her good looks, and the dignity with which she faced her gruesome and certainly unjust execution, won admiration even from her enemies. In death she became a potent symbol of what is destroyed when royal greed and lust go unrestrained by a legal and constitutional framework. Henry VIII was Leviathan run amok, Anne his tragic victim.

Anne's obvious sexuality—she "radiated sex," says Ives—was for many years a point against her, especially since she has always been compared with the long-suffering, virtuous (and perhaps a little self-righteous?) Katherine. But the feminist movement has validated different traits in women, and 21st-century historians ...