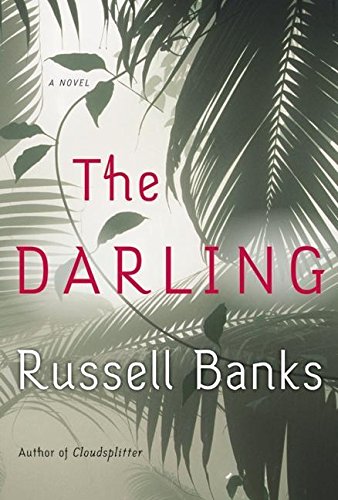 Over the past four decades, Russell Banks has crafted a formidable body of work. His novels are regularly nominated for major prizes, and his 1998 magnum opus, Cloudsplitter, was a finalist for the Pulitzer. He has received Guggenheim and NEA fellowships, is a Fellow of the American Academy of Arts and Sciences, and is the State Author of New York from 2004 to 2006.

And yet, Banks hasn't achieved celebrity commensurate with his gifts. He taught creative writing at Princeton for many years but doesn't share the instant recognition enjoyed by his colleagues there, Toni Morrison and Joyce Carol Oates. Indeed, he may be best known for the critically acclaimed films based on his novels, The Sweet Hereafter and Affliction.

Given the profound moral depths of his fiction, Banks deserves a wider audience. He is an unapologetic realist who has movingly portrayed the failures of modern American life: addiction, abuse, infidelity, racism, and economic hardship, as well as the violence such failures often provoke. His work has focused predominantly on the working poor of New England, among whom he grew up and about whom he insists on being neither sentimental nor sensational. He doesn't shy from abstract questions of right and wrong, but he addresses them with a subtle hand, avoiding the temptation to grow strident or pedantic.

Key to this presentation is his ability to elicit from readers an emotional investment in the lives of people who are not terribly sympathetic. In Affliction, for example, the protagonist is a man few of us would want to spend time with in the real world. Hot-tempered, impulsive, driven by a sense of being wronged by his father, his ex-wife, his community, Wade Whitehouse blindly attempts to set things right by force. Wade is at once frightening and comprehensible, a dangerous stranger and an all-too-familiar figure, as close as the mirror on the wall. We cry out in disappointment as his poor decisions mount and spin out of control. Banks does not recount his ...