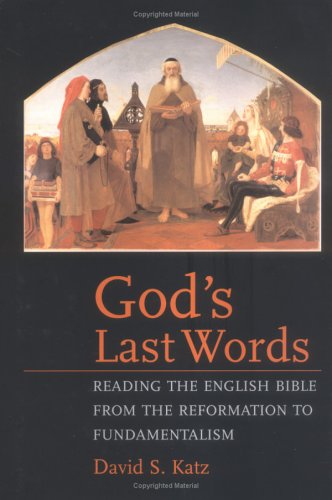 In a period of only a few years right before the Civil War, American authors published a raft of books on the amazing advance of Protestantism in the United States. From a disorganized starting point in the 1780s, they could trace an unprecedented advance to a scene of remarkable vigor as well as remarkable influence on the country's institutions and mores. Figures as diverse as the Presbyterian Robert Baird and the Methodist Nathan Bangs were of course aware of problems in the denominations they described, but their overarching tone was bewonderment.

Then came the Civil War. When the very Protestant denominations that had risen to such influence divided among themselves in bitter controversy over the acceptability of slavery and when they floundered in responding to the great social and intellectual challenges of the postbellum years, the domination of Protestant values was over. Historians, who thought they were providing a road map to the future, were transformed into eulogists.

It is much to be hoped that the recent publishing flurry on the history of the Bible is not replicating the irony of Protestant histories on the eve of the Civil War. The learned, accessible, but very different books by David Katz and Jaroslav Pelikan that are the subject of this essay are appearing hard on the heels of a publishing boom that includes several of the best books every published on the history of the Bible in America (by Paul Gutjahr and Peter Thuesen), several unusually perceptive accounts of the Bible as literature (including books by David Norton, David Lyle Jeffrey, and Leland Ryken), and several effective narratives retelling the story of the King James Version and later Bible translations (by Alister McGrath, Benson Bobrick, and Adam Nicolson).

Whether this slew of outstanding books on the Scriptures is heralding a new day of biblical vigor (as some of the authors of these volumes so clearly hope) or pronouncing a benediction on a rapidly fading cultural epoch (and so reprising ...