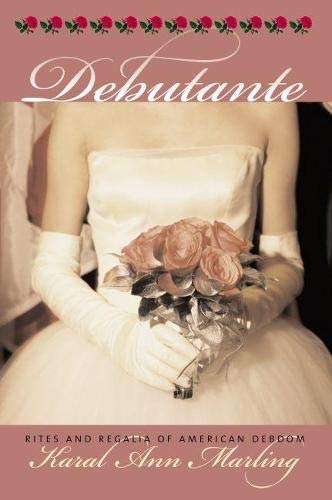 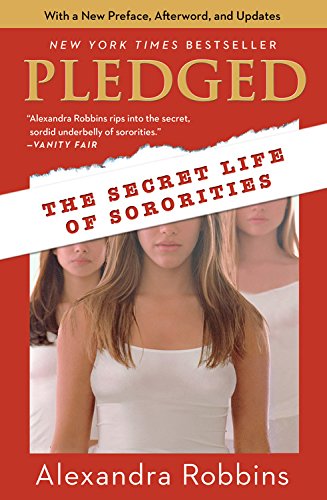 Every year, at galas like the Magnolia Debutante Ball and the Rhododendron Royal Brigade of Guards, young women from the finest families don white dresses and long white gloves and make their debut to society. If you're not on the Rhododendron Royal Brigade's invite list, you can settle for reading Debutante: Rites and Regalia of American Debdom, the newest offering by Karal Ann Marling, grande dame of American Studies.

The balls are stupendous, the dresses lovely, but the real meaning of deb teas and cotillions is rite of passage. At their debuts, young women are formally presented to society. In the crassest sense, a debut is an announcement that you are of marriageable age, that all those men from appropriate families can start making their bids. Also, after coming outâ€”yes, I know the phrase means something different for Ellen DeGeneres, but here, think debsâ€”you're allowed to sign your full name underneath your mother's when she sends a note or leaves a calling card. Once debuted, a woman is a grown up.

For most of American history, debuts have been the province of elites; as Marling shows, "debbing is a ritual grounded in aspiration ... and legitimization." Fathers threw expensive balls not only because they wanted to dote on their girls but also because they wanted to shore up their own class-standing. Debuting, of course, has always been as much about who is kept out as who is presented. Most cotillions present girls who boast not only a lot of money but also an old name, and white skin, to boot.

Marling traces debbing from the 18th century to the present. Her historical analysis is rich and detailed, and readers will enjoy vicariously dancing at centuries of cotillions. She explores contemporary debdom as well, arguing convincingly that proms are a modern-day, meritocratic iteration of the debut impulse. And she explores the "different kind of debuts" that have arisen in ethnic and African-American communitiesâ€”quinceanera, the traditional celebration of a girl's 15th birthday, has become newly popular in Latina communities, and "For every black girl slighted by the selection committee of an Old Guard cotillion, a hundred more have bowed to the high society of their own communities."

Her exploration of contemporary, mostly-white, mostly-rich debutsâ€”the traditional debutsâ€”is a little thin. Marling tells us that although cotillions and balls fell out of fashion in the 1960s and '70s, they are now as popular as ever among the country club set. But she fails to explore why debuting has made such a comeback, predictably wondering why modern-day gals would embrace a coming-of-age ritual in which they are passive and objectified, and quicklyâ€”lamelyâ€”ascribing the popularity of debbing simply to "a virulent wave of neoconservatism." This quick castigation goes hand-in-hand with the pervasive tone of the bookâ€”a tone of unrestrained condescension towards the people about whom she is writing. (One example will make the point: Marling calls her synecdochic, pseudonymous deb "Muffy.")

Perhaps if she'd spent more time in, say, Virginia and South Carolina, Marling would have found more to say about traditional debbing at the turn of the 21st century. Curiously, Marling focuses on Philadelphia, New York, and the Midwest, and almost entirely neglects the American South, surely the home of the most vital deb culture; she notes in an aside that "Texas debs are a law unto themselves," and then she moves back to Chicago.

It may, of course, be true that the renaissance of regal, almost-all-white debutante balls is part and parcel of a general trend toward conservatism. Maybe young women from old families feel their class standing has been assaulted by the dot.com nouveau riche. Maybe debbing has revived because élite white families are freaked out by affirmative action and want to reaffirm their hold on "society." But readers of Debutante won't find out, because Marling doesn't elaborate, substantiate, or even really investigate her claim.

For many young women, debbing has been either augmented or replaced by another coming-of-age ritual: rushing. Ah, Greek life! Alpha Delta Pi, America's oldest sorority, was founded at Wesleyan Female College in Macon, Georgia, in 1851. The first six members included several daughters of Methodist Bishops and pastors, and the religious undertones of this first female secret society were clear. (To wit, The Creed of Alpha Delta Pi, which begins: "I BELIEVE in Alpha Delta Pi. I BELIEVE that my sorority is more than a ritual or a symbol; that it is a way of life. I BELIEVE that the principles established by our founders in 1851 are enduring attributes, exemplifying the highest ideals of Christian womanhood.")

The high social standing of the first ADPs remains a mark of sororities today, but as Alexandra Robbins' Pledged: The Secret Life of Sororities makes clear, some of the nobleâ€”not to mention Christianâ€”foundations of sorority life have given way.

In Pledged, Robbins charts the escapades of four sorority sisters at a Southern school she calls State U. (Incidentally, she doesn't call any of them Muffy, assigning them more plausible and less condescending pseudonyms like Amy and Sabrina.) The sisters go on dates, experiment with new lipstick colors, and study. Sabrina, a lower-class black woman, works a part-time job so that she can pay the sorority dues. All four are boy-crazy. All four joined the sorority in order to make friends, and find community, at their huge university, and there is something wistful and appealing about the bonds they form with their sisters.

But sorority life is not all make-overs and trips to the mall. There's a lot of binge drinking. One report, conducted by Harvard University's College Alcohol Studies Program, found that 76 percent of non-binge-drinking high school girls become binge drinkers when they live in a sorority house. Robbins tells of ambulance trips to the hospital for alcohol poisoning, of a sorority pledge class in which each girl is "required to down an entire pint of Jack Daniel's." Her gals routinely "pre-game"â€”that is, booze up "before the actual [party] started. ... This way, they saved time, since they didn't have to spend the first hour of an event getting drunk." There's also a lot of sex, not all of it consensualâ€”one sister in Pledged is date-rapedâ€”and eating disorders are epidemic. That urban legend about sorority houses' toilets being so clogged with vomit that plumbers come round to clean up about once a month? Turns out it's true.

Sororities have always insisted that they turn out good citizens and strong leaders. Doubtless, sororities do have a civic functionâ€”national sororities require hours of community service from their girls, and Greek life does offer real opportunities to hone leadership skills. Sisters have to maintain a certain minimum grade point average (although to help sisters make the grade, many sorority houses keep old papers and exams on file). Out in the real world, alumnae networks provide sisters a leg up in the business world. (Robbins focuses primarily on sororities in the National Pan-Hellenic Conferenceâ€”that is, historically white sororities like Theta and Alpha Chi Omega. No doubt, in historically black sororities, these alumnae networks can be even more important.)

But, bulimia and date-rape aside, these leadership opportunities seem obscured by a culture of superficiality. Consider these two quotations, which Robbins juxtaposes in a chapter epigraph:

The sorority becomes one of life's great forces in teaching the beauty of self-sacrifice. Leadership under the spell of this great power must be magnetic. Self-confidence, then, is creative, self-control restrictive, self-sacrifice persuasive.
â€”The Sorority Handbook, 1907

Manicured nails are of paramount importance for the finished look.
â€”Ready for Rush: The Must-Have Manual for Sorority Rushees!, 1999

To be sure, one might pose some questions about that 1907 notion of self-sacrificeâ€”likely The Sorority Handbook was thinking more the sacrifice of a self-effacing wife than the sacrifice of, say, the Christian servant. Nonetheless, in 1907 the sorority message was about character, not about cosmetics. Today, an institution that should turn out strong leaders instead tells young women that their worth is equated with their beauty, with their breast size. Sororities, like the women who pledge them, are full of potential. But that potential is being diluted by gallons of nail polish and Mudslides and Rolling Rock.

Lauren F. Winner is the author of Girl Meets God (Algonquin) and Real Sex: The Naked Truth About Chastity, coming in April from Brazos Press. She quit cotillion after eighth grade, and was neither a deb nor a sorority sister.