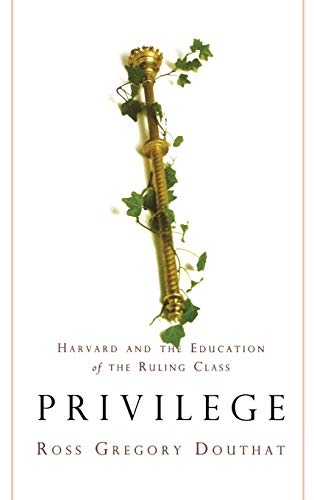 A Tale of Two Schools

Harvard is Harvard. Bethel is the it school for Baptist General Conference diehards.

In 1998 Ross Gregory Douthat enrolled in Harvard University. The it school, known to Ross Douthat and countless other hopefuls as the H-Bomb. Twenty thousand students. Twenty-two-billion-dollar endowment. More than one million dollars per student. Begun in 1636, the school denies entry to 91 percent of applicants while admitting the best and brightest. Harvard is Harvard.

That same year, I, Nathaniel Jon Daniel Taylor, began my studies at Bethel University. The it school for Baptist General Conference diehards and their ilk. Three thousand students. Fifteen-million-dollar endowment. Five thousand dollars per student, 220 times less than Harvard. Bethel wants to be a good school that educates and trains students in a Christian context. And Bethel is Midwestern to a T: only 27 percent of the students are from out of state. The student body is overwhelmingly white, middle-class, and, of course, Christian.

I majored in English Literature and graduated in glorious sun in May of 2002.

Ross Douthat majored in History and Literature and graduated in a downpour a week later.

Three years after our entrance into the "real world," I'm working at Starbucks and leading high school orchestras on tours of Europe. Ross Douthat works at The Atlantic Monthly and now has written the story of a young man's four years at the richest, best, most desirable school in the world. Privilege: Harvard and the Education of the Ruling Class is a commentary on the culture of Harvard and the privileged of America. For Douthat, Harvard was not the "refuge of genius and a sanctuary of intellect" he had expected to find; rather, he soon discovered that "the real business of Harvard … was the pursuit of success." Harvard is the "best known ticket" to entrance into "a privileged class of talented students [that] sits atop the world … secure in the knowledge that they rule because they deserve to rule, because they are the best." Harvard is the place where the ruling class is educated and maintained. ...