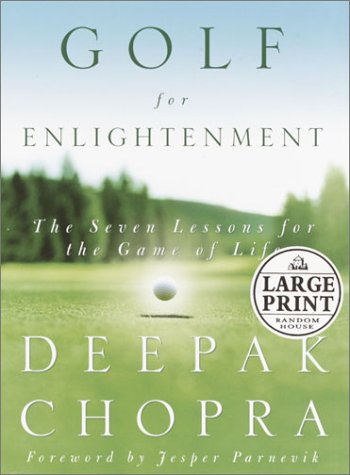 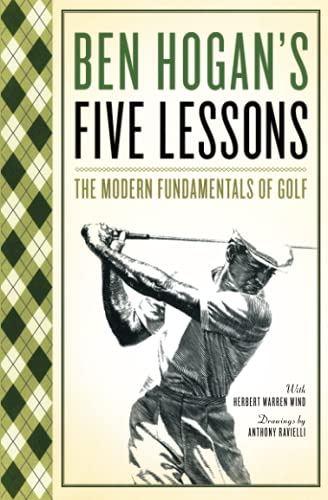 The top-selling golf books on Amazon.com aim to help you play the game better, from The Plane Truth for Golfers (about the plane of the golf swing) to Tiger Woods' How I Play Golf. The only non-instructional book in the top ten features Phil Mickelson's ruminations on who and what helped him win the 2004 Masters. Keep scrolling down and you'll find the occasional biography or history among the 6,700 books listed, but you'll be overwhelmed with instructional books.

It isn't until you get to 107th place that you run into Deepak Chopra's Golf for Enlightenment, a book that aims to teach seven lessons of "the game of life." And then come thousands more books about shaving strokes from your score.

It appears that golfers don't give a rip whether golf can teach them something about life. They just want to consistently drive the middle of the fairway, hit the green in regulation, get out of sand traps in decent shape, and sink those birdie putts. And they're willing to spend money on books that help them do that.

Christian publishers publish books to help people think about all of life from a godly perspective. Since golf is considered at best a mere diversion, and at worst a game that tempts one to use the Lord's name vainly, Christian publishers usually don't show much interest in golf.

Unless the book can help readers think better or live better for Godâ€”thus three of the books reviewed here. The Chopra book does the same thing, but from a pop-Eastern religion-cum-Western-psychology perspective. The target audience for such books, presumably, is golfers who want to be better people.

But as I noted, golfers don't want to be better people. They want to be better golfers. As the Amazon rankings suggest, these books are destined to collect dust on the shelves of golfers who have received them as Father's Day or birthday gifts.

Don't get me wrong. These books have virtuous things to say. For example, each of the nine chapters in Roger and Becky Tirabassi's Transform Your ...