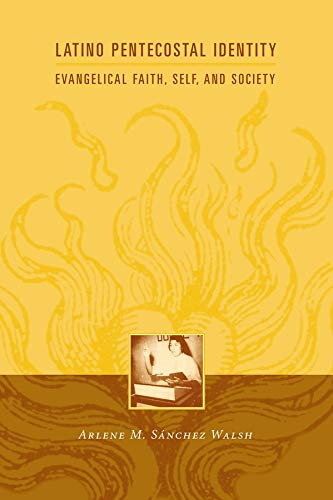 One of the chief purposes of scholarly publications is to fill gaps in our knowledge of the world, and Arlene M. Sánchez Walsh's Latino Pentecostal Identity: Evangelical Faith, Self, and Society does that admirably. Most scholars of religion know next to nothing about Latino Pentecostalism, and this book will serve as an important guide for future study. That said, it should also be pointed out that the book's title unnecessarily claims too much. This is not a study of Latino Pentecostalism in general, but an analysis of the Mexican American Pentecostal experience in Southern California—and that specificity does not weaken the text. In fact, it strengthens the book by implicitly acknowledging how difficult it is to make intelligent statements about Latino Pentecostalism that apply everywhere and to all Hispanic groups. So this book ultimately fills only a small portion of the gap in our knowledge of Latino Pentecostalism, but the gap it fills is important, and anyone interested in understanding Hispanic Protestantism in the United States ought to read it.

For those who might be wondering why they should care about Latino Pentecostalism, a few demographic facts should make that case. Latinos are now the largest minority group in the United States, having recently surpassed African Americans. In terms of raw numbers, there are more than 30 million Hispanics living in the United States, 13 percent of the total U.S. population.

The Latino world of North America is a mosaic of cultures rather than a uniform community. Mexican Americans, like those described in Sánchez Walsh's book, are the largest group, making up roughly 60 percent of the U.S. Hispanic population. Puerto Ricans, the next largest subgroup, constitute about 15 percent of the U.S. Hispanic population, Cuban Americans account for a little over 5 percent, and the remaining 20 percent trace their roots to a variety of other Spanish-speaking countries (especially those of the Caribbean and Central America). In contrast ...