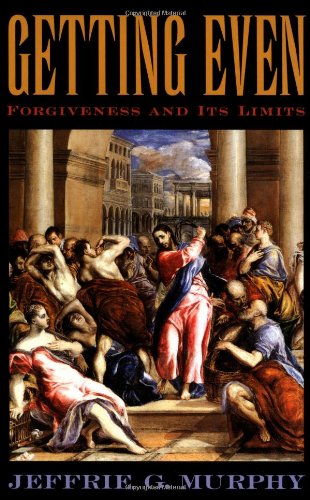 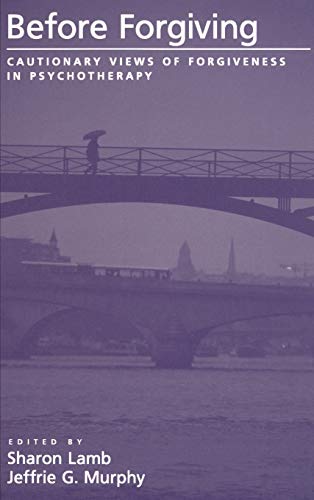 Before Forgiving: Cautionary Views of Forgiveness in Psychotherapy

Slowing Down the Runaway Forgiveness Truck

Is there such a thing as too much mercy?

In the movie Gloomy Sunday, Ilona (played by the overly displayed Hungarian actress Erika Marozsan) survives "sex for release" of her paramour, Laszio (Joachim Krol), a restaurant owner. She is betrayed; her lover is not released and disappears from the scene. When, some 50 years later, Hans-Eberhard Wieck (Ben Becker), the Nazi to whom she tearfully surrendered her body, returns to the restaurant, Ilona laces his food with poison and he collapses. Some in the theater express joy, others a primitive sense of satisfaction with retribution, but each person is summoned to the room so clearly described in Simon Wiesenthal's irreplaceable The Sunflower.

What would I (had I been at the crossroads of decision) have done with a Nazi in a position of vulnerability? Is forgiveness always to be offered? Sometimes? When and when not? What happens to justice if forgiveness is offered? Ilona's face is not seen in the final scene of revenge, but she is comforted by her adult son (the son of the sex for release?), suspending the haunting question: Can the victim face the evil of retribution which her heart may crave? Did it bring her relief? Closure? Or even more pain?

Forgiveness is a quintessentially moral issue, but the debate over it is bedeviled by clumsy definitions, confusing categories, and contextual dislocations. In spite of the efforts of professors and clinicians, some still confuse forgiveness with reconciliation, with forgetting, with excusing, with condoning, with social acceptance, or with tolerance. The psychologist's emphasis on what forgiveness is not needs to be balanced by what forgiveness is: a fundamental moral problem.

And we should not forget that forgiveness is theological. We may define (ideal) human behaviors as analogous to, and imitations of, divine behaviors. Yet in the case of interpersonal forgiveness, the analogy to God's forgiveness of humans can collapse. God's forgiving of humans, always designed as it is to effect reconciliation, requires repentance. ...