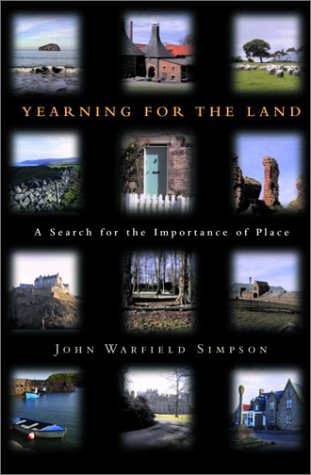 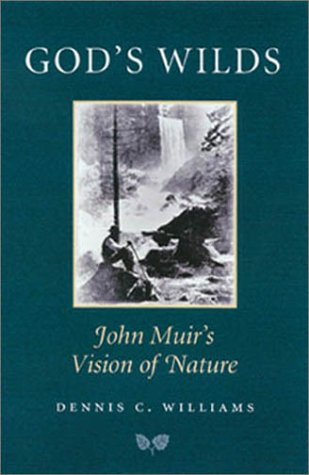 Conquest vs. care for the wilderness.
January/February 2004

These three books meditate on care of the environment in the United States across a wide range of issues, from Native American religion to emerging public policy. The questions they raise—above all, the unresolved tension between environmental care and business growth—are not new, nor are they easily answered. Nevertheless, thoughtful women and men of faith do well to think again and again about land as God's gift and about the environment as the habitat of the creator's will for creation—especially because at the present time, the tilt in public posture and policy is all toward economics at the expense of the environment.

In Yearning for the Land, John Warfield Simpson contrasts older European practices of land ownership with the new attitudes inspired by the seemingly limitless available land of the U.S. frontier. This contrast is illustrated through the life of John Muir, a transplanted Scotsman who became the key advocate and educator of the United States on land care. Muir supported the preservation of Yellowstone National Park, was decisive in the founding of Yosemite National Park, founded the Sierra Club, and, through contact with Gifford Pinchot, influenced the great environmental policies of Theodore Roosevelt.

Simpson visits the original Muir home in Dunbar, Scotland, where he reflects that in Scotland—and in Europe generally—land is not purchasable because it has all been owned in families—for a very long time—and is transmitted from generation to generation. When young Muir and his family arrived in Wisconsin in 1849, they were surrounded by endless cheap land, a setting in which everyone could start again, regardless of previous economic history.

Simpson takes this American frontier reality as an unambiguous good. An alternative reading, while acknowledging the democratic accessibility of land, might suggest that in the new environment land is pure commodity to be bought and sold without regard to the deep connections of land and occupant. This critical alertness to land as commodity might be relearned from Naboth (1 Kings 21), or Steinbeck (Grapes of Wrath), or, currently, Wendell Berry. Simpson's take on Native Americans, moreover, seems not particularly sensitive to the European assault upon them and their lands, but uses other criteria to sort out favored and unfavored tribal groups. His book plunges into these hard issues; the other two books I will mention greatly advance our critical reflection beyond that of Simpson.

Dennis Williams has written a thoughtful, critical assessment of Muir's life and work. His particular interest in God's Wilds is the way in which Muir's evangelical faith propelled his passion for the environment. Here another contrast was crucial: the contrast between the fixed order of Scottish Presbyterianism, into which Muir was born, and the freewheeling religious marketplace of 19th-century America, where his family joined the Disciples of Christ. Muir's outlook was decisively informed, so Williams concludes, by a faith that took seriously the will of the creator, the beauty of the creation, and the need for respectful connections between human persons and "the wild." Muir's embrace of a faith other than Scottish Calvinism, Williams argues, permitted him to ponder the "purity" of creation and the capacity of human persons to make good choices with reference to creation.

The impression given by this book is that Muir was daringly pragmatic in his thinking and something of an eclectic about his intellectual-theological underpinnings; he proceeded on the basis of a rather romantic faith that could also make use of Enlightenment thought, including elements of Darwin's critical theory. Muir's "wild is superior" stance, which has been influential in the formation of the modern environmental movement, reflected his synthesis of natural theology, Christian primitivism, and perceptions of what Scripture implied about the origin of the natural world. At the same time, with a strong practical bent, he developed a prophetic style of politics that combined an appeal to enlightened social élites with the demagogic language of populists and preachers:

The issue for this prophet in the wilderness was repentance. Muir had a problem with the arrogance of human civilization. Bashing the sophistication of civilization came naturally for the son of a Disciples of Christ preacher. The Disciples' antagonism toward formal theology and exclusive dogma, in addition to the scathing rants of the Old Testament prophets and the ethical envelope-pushing of Jesus, who would take a whip to drive money changers out of the temple, gave Muir a rather large set of role models, whose soapboxes he liked to borrow.

While his passion for "the wild" was deeply romantic, Muir was no mere dabbler in contemporary scientific thought; for example, he acquired a state-of-the-art understanding of glaciers, their formation, and their continuing significance for the environment. Out of this combination of rooted faith and disciplined scientific analysis, Muir developed a rhetorical urgency that did much to shape public thinking at the turn of the 20th century; clearly his urgency continues to be important as the same issues are only more acute in the century just begun.

Lloyd Burton's Worship and Wilderness is the most complex, most ambitious, and most valuable of these books. Burton is concerned with public policy but boldly begins with an insistence that policy must be informed by a fundamentally different orientation. He contends that we are suffering from "a growing environmental crisis engendered in no small part by modernism's divorce of the wild from the wise, the scientific from the sacred, and the spirit from the flesh." In response, we must return to an indigenous spirituality that nurtures experiences that are extrarational, transcendent, and unitive. He casts a very wide net over available traditions of spirituality and urges that attentiveness to Native American attitudes toward the land is critical for the future.

From that basis, Burton turns to a consideration of "law" and the way in which notions of "exploration" and "conquest" have led to a dismissal of Native American spirituality and to the abuse of Native Americans as a matter of public policy. He traces a series of legal enactments that served to freeze out religious awareness in the interest of treating land as a market commodity, converting public land to private ownership in wholesale ways. The Native Americans who represented a challenge to such a theory of economic development were "eliminated" from public discussion by dislocation and relocation to reservations.

Yet Burton also observes, in the present, a "historic shift" back to an appreciation of communal sensibilities that may be the way out of the win-lose posture of bald economics:

One of the principal theses of this book is that the renewed appreciation for the divine in nature among the major religious traditions of the West—along with rediscovery of pre-Christian European Earthen spiritual traditions and growing respect for diverse indigenous traditions embodying these teachings—represents yet another historic shift in Americans' relationship to their natural environment.

This leads Burton, in a move that surprised me, to a closer reflection upon the First Amendment to the Constitution, namely, "Church-State Separation and Religious Accommodation." In this context, he offers a case study of the Devil's Tower National Monument and the competing claims of Native American spirituality to be practiced at that sacred site vis-à-vis the rights of access and privileges of climbing clubs. Burton shows how exceedingly difficult and complex the issues are concerning multiple use of such sites in the public domain, made more so when a reading of the First Amendment precludes the presence of religious practice on public lands. He is able to report on a negotiated settlement between the parties that lacked the clarity of law or of Enlightenment reason, but that was grounded in and that in turn nurtured respect among the competitors for the rights of each other. The outcome of that dispute suggests that a negotiation of competing rights is nearly hopeless unless there can be an undergirding appeal to a communal connection among the parties.

The way forward, then, is not more blustering free-market rhetoric, but a recovery of human traditions that make land management possible in the interest of the community. This is a wise and important book, loaded with detailed particularities but framed in a very large and deep sensibility, where environmental resources are seen as a "sacramental commons."

Taken together, these three books are an invitation for serious Christians to think again about the land. In the long run, the issues to be faced cannot be dealt with by ideological sloganeering. What is required, rather, is a re-engagement with environment as creation, a point powerfully made by Alasdair MacIntyre in a very different context. We are well beyond the romanticism of Muir. It remains to be seen if there will be among us public will to move beyond the absolute claims of "free enterprise" so vigorously championed in our time. The recovery of an alternative rhetoric is a beginning point, a task for which the church is peculiarly suited.

Walter Brueggemann is William Marcellus McPheeters Professor of Old Testament at Columbia Theological Seminary. Among his many books is a volume on Genesis in the Interpretation series (Westminster John Knox Press).