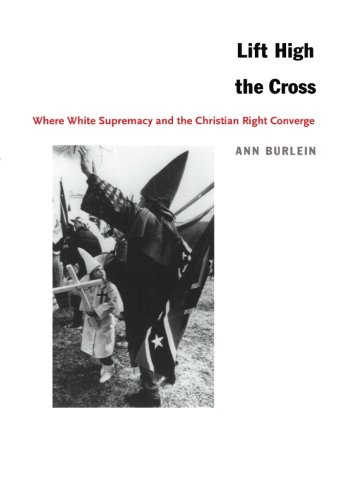 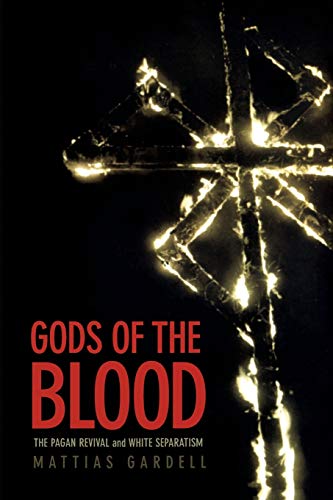 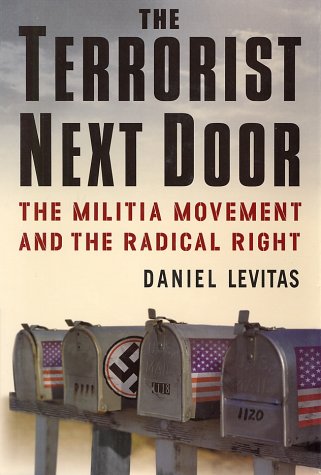 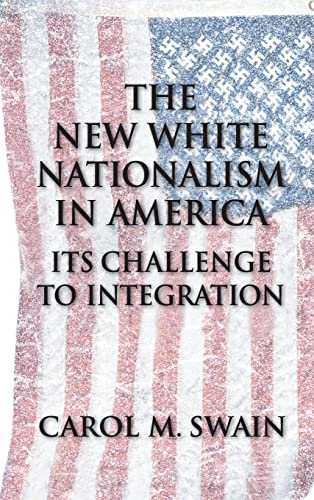 What a difference a few years makes. In the late 1990s, picking up a book or news story about "terrorism" usually meant encountering the same range of white, domestic, far-Right extremists. Whole shelves were devoted to titles like America's Militia Threat, or Harvest of Rage: Why Oklahoma City Is Only the Beginning. These books told of Terrorists Among Us, of The Birth of Paramilitary Terrorism in the Heartland. Paranoia reached a peak in the 1999 film Arlington Road, which depicted a vast conspiracy of lethal bombers and assassins: the audience is told that subversives can be anywhere, and even your pleasant next-door neighbors might turn out to be deadly enemies of national security. As the film's publicity warns, "Your paranoia is real!" On the other hand, suggesting that radical Muslim terrorists might pose any kind of threat invited charges of racism and "Islamophobia." Salon mocked the idea that Osama bin Laden might be "a cerebral Islamic Dr. No moving an army of terrorist troops on a vast world chessboard to checkmate the United States."

And then came September 11. Suddenly, the threat of far-Right extremists was forgotten, and those shelves of books devoted to the phenomenon looked about as relevant as tracts urging Southern secession. We can argue that the reaction went too far. No one interested in terrorism or extremism can avoid reading the two critical novels by William Pierce ("Andrew MacDonald"), The Turner Diaries and Hunter, which together offer a detailed blueprint for fascist revolution in the United States. The Oklahoma City bombing followed almost precisely the Turner Diaries account of the destruction of the FBI Building in Washington, D.C. Reminding us that terrorism fantasies are not a Muslim prerogative, the book ends when the hero flies a nuclear-armed aircraft on a suicide mission into the Pentagon. Both books still circulate in the hundreds of thousands, and both have enthusiastic readers; though law enforcement does not yet seem to have discovered the equally dangerous Hunter. Far Right terrorists are not a figment of the imagination, and they might well stage a comeback, probably in alliance with Islamism: that coalition has been powerfully in evidence in European conflicts since the 1970s. Among the most vocal American critics of the invasion of Afghanistan in 2001 were William Pierce and David Duke. In The Terrorist Next Door, Daniel Levitas includes a photo of demonstrators from this time with placards reading "No Jews = No War."

Having said this, we can certainly doubt the significance of the American ultra-Right, which was unquestionably exaggerated for political ends during the 1990s. This is a common enough historical phenomenon. Throughout American history, we find a series of such scares, in which egregious acts of violence are used to condemn legitimate movements, whether Red (Left) or Brown (Right). Conservatives tried to use the activities of Weathermen and radical bombers to discredit the Peace movement of the 1960s; liberals cite the violence of Klan and militia groups to condemn nonviolent right-wing groups. Steven Chermak has written an excellent account, of the 1990s version of this phenomenon, in his Searching for a Demon: The Media Construction of the Militia Movement (Northeastern Univ. Press, 2002). Illustrating his theme, Salon (again) argued that "Timothy McVeigh would most likely have existed even if America's mainstream conservatives did not preach a gospel disturbingly similar to his. … But while it would be unfair to blame right-wing ideology for McVeigh, it would be myopic not to see the connection between them. Call it collateral damage."

Given the politics and cultural conflicts of contemporary America, an upsurge of right-wing violence has tended to translate into an attack not just on the political Right, but on moral and religious conservatism. When the FBI decided that the anthrax attacks of 2001 were linked to a far-Right extremist, National Public Radio promptly thought that the Bureau would find a natural suspect in the Traditional Values Coalition. More recently, the arrest of accused abortion clinic bomber Eric Rudolph produced a slew of headlines about this "Christian terrorist," suggesting that he was part of a Christian version of Qaeda. The political implication was that religious extremists are all ultimately the same; and even if they are not actually planting bombs, pro-life activists should be suspect as potential terrorists.

Guilt by association is the tactic of Ann Burlein's truly odd Lift High the Cross, which features a cover picture of an adult Klansman with a child. Yet though the reader might expect a discussion of white supremacy and Christian Identity, the Klan and the Phineas Priesthood, about half the book is devoted to James Dobson and Focus on the Family, the Soft Right counterposed to the vicious and explicit Hard Right. Burlein traces rhetorical themes linking what she sees as two wings of a common movement. But the themes she chooses, such as children and community, are equally fundamental to contemporary liberalism, which often relies on religious and biblical imagery: witness both Clintons. An analogy to Burlein's book might be a parallel study of the political ideology of Fidel Castro and Hilary Clinton, arguing that both stand on varying points of one spectrum, but that in many key areas "Marxism-Leninism and the Democratic Party converge." Since most respectable publishers would be unlikely to touch such a ludicrous project, we have to be content with Lift High the Cross.

Whether we can speak of "Christian terrorism" in the modern world is an interesting question. It is not enough to point out that a given group or individual carrying out terrorist attacks is Christian, or else much of the Palestinian violence of the 1970s and 1980s should properly fall under that label. But are there groups who see terrorist violence as a proper and natural outcome of their Christian religion, in the same way that some radical Islamists see their actions as part of their faith? Christian terrorists undoubtedly have existed, but the term does not work well for most of the groups who attract that label today.

One of the great changes in the racist Right since the 1960s has been the ascendancy of Christian Identity theories that are at best only tangentially connected with any kind of historical Christianity. The ideological context is elegantly traced in Michael Barkun's Religion and the Racist Right (Univ. of North Carolina Press 1994); while Daniel Levitas shows the power of these ideas in The Terrorist Next Door, a judicious and well-researched book, in spite of the overblown title. Levitas is especially informative on the Posse Comitatus (an extremist anti-tax movement that rejects all government above the county level and that delves deep into anti-Semitic foolishness). Basically, Christian Identity builds on the cranky British Israel theories of the 19th century, which argued that the people of Northern Europe were the heirs of the ancient Hebrews, and therefore the recipients of God's promises in the Old Testament. (See, "British" must be Brit-Ish, Hebrew for "Man of the Covenant." It's obvious!) Jews were thus impostors; Jesus was an Aryan of the blondest strain. If this were not flaky enough, the religious theories of the contemporary far Right also seem to borrow from Gnostic and fringe Mormon traditions.

It seems grossly unfair to stress the "Christianity" of any hare-brained rightist militant who asserts he is fighting in the name of God or Jesus, still less to place his movement on a continuum with a conservative Christian organization. Even if conservative Christians were not appalled by their savage racism (which the overwhelming majority are), they would find the religious sentiments of such groups cult-like and at best un-Christian. Moderate Muslims, even those who may forthrightly reject the tactics of Qaeda or Hamas, appear to be much more reluctant to dispute the Muslim credentials of these groups.

Given the tenuous connection between white supremacist movements and Christian teaching, it is not surprising to learn—as Mattias Gardell shows in Gods of the Blood: The Pagan Revival and White Separatism—that many white extremists in both Europe and North America have severed even their notional connection with Christian language and moved to explicit paganism. Gardell mainly focuses on neo-Vikingism, but other pagan traditions have proved attractive. In the 1970s, Italian neo-Nazis decided that the Lord of the Rings described an apocalyptic war between Aryans and Jews, and trained their paramilitary followers at the notorious Camp Hobbit. At least the neo-Norse have some better claim to logic. It would be sad, by the way, if this scholarly exposé of neo-Nazi paganism discredited the quite legitimate and often benevolent world of neo-paganism, most of which has no extremist connections whatever.

After some of the broad attacks on the "Christian Right," Carol Swain's observations about religion in The New White Nationalism are balanced and even moving. She comments fairly on the racism of many white Christians through American history, and not of course just among political extremists. Looking at the records of the Ku Klux Klan at its national height in the 1920s, it is harrowing to see how many klaverns or lodges (North and South) were led by Protestant clergy. Still, Swain stresses how other Christians recognized the moral and religious imperative to combat slavery and segregation, and that religion directly inspired them to political activism. This substantial book argues that the rise of multiculturalism has provoked a white resistance stressing "European-American" traditions and bitterly opposing affirmative action. She is particularly sensitive to what she sees as disguised versions of racism or white nationalism, for instance in anti-crime rhetoric.

Swain's arguments are complex and many-sided, and deserve more detailed evaluation than I can offer here. In terms of the recent work on the far Right, though, the book is weakest in the emphasis suggested by its title. In what sense can we possibly speak of a New White Nationalism, religious-inspired or otherwise? Consider the fate of Trent Lott, driven into the political wilderness after making an ill-judged remark about the presidential election of 1948. Americans, even those of conservative disposition, tend to be extraordinarily sensitive on racial matters, and the evidence for white nationalism, however we define that phrase, is meager in the extreme.

The best argument for that statement might be Swain's book itself. If "white nationalism" is typically expressed in the subtle and veiled rhetoric she discusses, then we have surely come a very long way. Just how far? Recall H. L. Mencken, who despised the Klan and all it stood for, but who recognized how authentically American it was. In 1921, he wrote, tellingly:

That is the language of a bygone America, a radically different society.

The racial commonplaces of that age are now held only on the furthest political fringe, and are excluded from legitimate political discourse. So stigmatized are they, in fact, that their modern exponents are confined to a narrow subculture, and the worst insult we can make about a regular party or organization is that its ideas might conceivably have some point of contact with these loathed deviants. That is surely progress of a kind.

Philip Jenkins is Distinguished Professor of History and Religious Studies at Pennsylvania State University and the author most recently of The New Anti-Catholicism: The Last Acceptable Prejudice (Oxford Univ. Press).