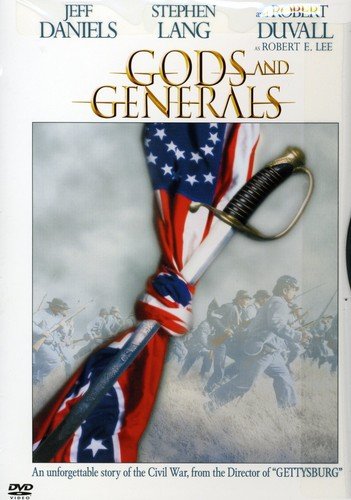 What's worth celebrating in Gods and Generals—and what's not

Ron Maxwell's Gods and Generals is a film with much to praise and much to bemoan. On the religious beliefs and practices of leading figures in the American Civil War, it is the best popular movie ever made. By contrast, on what these beliefs and practices meant in broader compass, the movie, sadly, makes almost no contribution at all. And with its stylized, mannered depictions of battle, it also contributes dangerously to the fantasizing of warfare that has been such a plague in all of human history. The movie—along with the companion volume by Ted Baehr and Susan Wales, and especially the historical novel by Jeff Shaara on which it is based—deserves to be treated with respect. But much remains to be done in order to integrate Christianity into historical treatments of the war and even more to define reliably Christian interpretations of its course.

The great contribution of these three related works is to put religion back into the center of the Civil War, where it actually existed. Far too many modern accounts have treated the conflict as a modern event, with religion absent or decorously tucked away into a private sphere. Even some truly splendid works have been guilty of this strange partiality—including Bruce Catton's never-bettered accounts from the 1950s and '60s of the military campaigns in the Eastern theater, Shelby Foote's spellbinding narratives in the three volumes of his The Civil War (1958-1973), James McPherson's brilliantly textured Battle Cry of Freedom (1988), and Ken Burns' evocative video series on the war.

In light of the indefensible neglect of religious themes in so many of the main accounts of the Civil War era, it is indeed gratifying that scholars have begun to right the balance. But as with many other subjects, energetic scholarship has not yet begun to inform the major works aimed at popular audiences.

Precisely for this reason, Gods and Generals represents a breakthrough. Without embarrassment ...