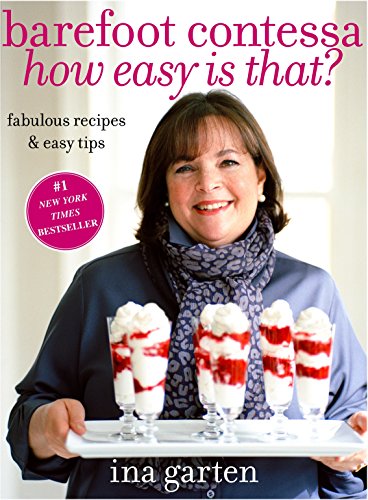 Why I still use cookbooks.

In the constant din about The Disappearance of the Book (a din to which I contribute regularly), one leitmotif is The End of the Cookbook. Over Thanksgiving, knowing that three weeks hence I had to provide appetizers for a progressive dinner party, I surveyed my relatives for their most successful party finger-foods: "Just look up 'Easy Appetizers' online," said one of my cousins. "That's the only way I find recipes these days. My cookbooks are basically gathering dust on the shelves."

I see the appeal of Recipe-By-Google. Indeed, I remember the first recipe I found randomly online and prepared—a raspberry almond tart, which I made for a dinner party I attended in 2002. It was great, and easy—fool-proof dough, raspberry and sugar alike supplied by Smucker's. Since then, I have made a number of tasty meals from recipes I found online. But in the last year or so, I have begun to return to cookbooks. The service a trusted cookbook supplies is vetting. I still go to the Cook's Illustrated website at least once a week. But simply typing in (as I did after Thanksgiving) "easy appetizers" or even "shrimp cups" proved overwhelming. My searches turned up three zillion recipes, and I didn't feel I had any way to sort them. (Sometimes the user reviews often attached to the recipes were helpful, but often they were too contradictory to be much use.) After scrolling through shrimp/crab/beef cup recipes for nearly two hours, I shut down the computer and went to my cookbooks. It turns out I will gladly shell out $30 for the knowledge that Martha Stewart or Sally Schneider stands behind a given recipe. (Also, I admit it: I can pass a happy half-hour simply paging through a cookbook, daydreaming about cooking; I will never enjoy skimming the web in quite the same way.)

I was so enamored of the chicken dish, actually, that I decided to go to Amazon and order a copy of the cookbook for my sister. I was at first surprised by the mixed reader reviews I found on the Amazon page. "If one must go to specialty stores for items such as tray figs, prosciutto, white truffle butter, smoked salmon, oxtails,mussels, soppressata salami (what is that?), duck foie gras (yikes), creme fraiche, romano flat bean(never saw those), bakery meringue shells, etc., etc., —this is not what I consider easy. Most cooks are into saving time with fresh, normal food items that are easily found in a normal foodstore," wrote one disappointed customer. "I think the only people who will have no trouble finding these specialized ingredients live in New York City, East Hampton or near a Whole Foods store," wrote another. Upon consideration, I had to concede that these cooks had a point. I am one of those people who believes that truffle-flavor improves everything, so Garten's recipe for Truffled Popcorn appealed, but I have no idea where I'd find Urbani or D'Artagnan white truffle butter.

Still, not every recipe in How Easy Is That? calls for expensive or obscure ingredients. The very simple Garlic-Roasted Cauliflower, for example, is superb, and Garten's Weeknight Bolognese is the best meat sauce I've ever made. Garten does recommend using Tate's Bake Shop cookies in the mocha icebox cake, and I confess: I went to the Tate's Bake website and splurged. Extravagant? Ridiculous and un-green to mailorder special chocolate chip cookies for the sake of making a cake famous in part because it's so easy to make? Probably. But I don't regret it.

Lauren Winner is an assistant professor at Duke Divinity School. For the academic year 2010-11, she is a visiting fellow at Yale's Institute for Sacred Music. Her book A Cheerful and Comfortable Faith: Anglican Religious Practice in the Elite Households of Eighteenth-Century Virginia is just out from Yale University Press.

As far as cookbooks go, Ina Garten is fantasy. Desperation Dinners are reality. (But there's room for both.... I'm not a fan of web-based recipes either.)