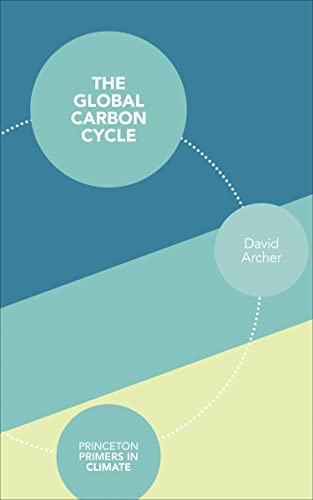 Editor's note: Science in Focus is on vacation in July, so we're going to archives for science-related pieces from the pages of Books & Culture. This week we're featuring a piece by Bill McKibben from the September/October 2011 issue.

The carbon cycle is one of the great wonders of life on our planet—among other things, it helps explain what David Archer calls our planet's "intrinsic stability," the fact that its climate has stayed within fairly narrow bounds even though the sun has grown 25 percent brighter over deep time. And though at the moment the carbon cycle lies at the center of the contentious fight over global warming, the first three-quarters of this slim volume doesn't really address that question. Instead, it patiently lays out the backdrop, our hard-acquired knowledge of how carbon cycles through the earth, air, and oceans. Archer is a professor of geophysical sciences at the University of Chicago, and he writes for an audience unintimidated by science—anyone with a good high school science education should be able to work their way through the book, especially since the editors have corralled the more technical information in a series of boxes that can be skipped if necessary without impairing your understanding. In fact, this book—one of a series of primers Princeton is publishing on topics related to climate—stands as a model of how to present such information.

Carbon dioxide is an important trace gas because its molecular structure traps heat that would otherwise radiate back out to space. Too much and the planet would heat beyond endurance; too little and we'd freeze. (Venus and Mars being cases in point.) Volcanoes and deep ocean vents are always releasing carbon from the earth's interior into the atmosphere; therefore, it's a good thing that the earth has some ways of scrubbing that CO2. Here's one method: as temperatures rise, and warm air holds more water vapor, the amount of rainfall increases. This increases the rate at which runoff weathers rock, which in turn removes some of that carbon from the atmosphere, returning it to the oceans in the form of calcium carbonate. That's a pretty nifty system—it may not account by itself for the stability of the earth's entire geologic history, "but the CO2 thermostat serves as a sufficient explanation of the stability, and the vagaries, of global climate for the Phanerozoic era, the time of formation of the fossil-bearing deposits from the last 600 million years into the present."

These long-term geological processes may also help explain why the earth has been gradually cooling for the last fifty million years: as the collision of tectonic plates lifts up huge new ranges like the Himalayas, you get more runoff and hence more weathering, which pulls more CO2 from the atmosphere. If the continents drift into lower (hotter, hence rainier) latitudes, that should also increase precipitation over land, and with it the weathering of rocks. The ingenuity of the scientists who have pieced together this story over time will make you chuckle in quiet appreciation: their computer models now account for everything from the plant invasion of land during the Silurian era to the rate of seafloor spreading.

In the most recent geological history, climate stability has been altered somewhat by recurring ice ages, and Archer devotes the book's third chapter to explaining why. We know the cause of those ice ages: periodic wobbles in the earth's orbit, the so-called Milankovitch cycles, cause changes in the distribution of sunlight, especially near the poles. These changes trigger the formation of ice sheets, which in turn change the planet's albedo or reflectivity, bouncing more sunlight back out to space and further chilling the planet. The carbon cycle seems to amplify these changes instead of moderating them, as it does in the longer swings of geologic time. One theory is that a glaciated world was dustier because it was so arid; as that dust was blown out over the oceans, the iron it contained fertilized the seas, increasing the growth of plankton, which pulled more CO2 from the atmosphere. Though we don't understand every detail of the mechanisms involved, Archer says scientists studying our orbit around the sun surmise that, all things being equal, the current interglacial period that began 10,000 years ago could easily have lasted another 50,000.

But all things, of course, aren't equal. That 10,000-year period, what scientists called the Holocene, began to end about two hundred years ago when humans learned a new trick: digging up buried deposits of carbon and burning them. These fossil fuels powered the rise of modernity; they also began filling the air with CO2 at an ever-increasing rate. (At the moment, humans are adding carbon more than a hundred times faster than volcanoes.) In the geologic blink of an eye since James Watt perfected the steam engine, the atmospheric concentration of carbon dioxide has gone from 280 parts per million to 390 parts per million. We've moved into a new geological era that scientists increasingly call the Anthropocene (a name that should give pause to those of us with a religious bent). This is very bad news; as Archer points out, "an atmospheric CO2 concentration of 350 ppm may actually be a reasonable marker for honest safety." Or, as NASA's Jim Hansen showed in a landmark 2008 paper, any value for CO2 above 350 ppm is not compatible with the planet "on which civilization developed and to which life on earth is adapted."

For the moment, Archer writes, the carbon cycle is doing its best to compensate for the dose of CO2 we've spewed into the air—the oceans, for instance, are absorbing about two gigatons of carbon a year and becoming steadily more acidic in the process, which in turn endangers much of the life beneath the waves. Over the next little while, however, scientists warn, even the inadequate buffering attempts of the carbon cycle could flip, and the earth could begin augmenting the carbon in the atmosphere. As permafrost heats up, for instance, peat deposits currently frozen safely away will begin to melt, releasing potentially massive amounts of carbon into the air. Worse, as Archer explains in his final chapter, a warming world may also liberate huge amounts of methane currently frozen beneath the oceans, and since methane is itself a potent warming gas it has "a huge potential to alter the climate" even beyond the damage already caused by CO2.

The calm, straightforward tone of this book, and the huge mass of consensus science on which it is based, are the product of another marvel, the human mind. The patient, cumulative work of thousands of researchers has delivered us a timely warning about our future, a warning that could have been delivered at no other moment in the planet's history. The warning is stark: the carbon cycle, at the root of what we like to think of as the planet's natural cycles, runs on very slow geologic time. Global warming, by contrast, is a fast and furious affair that so far has raised the planet's temperature about a degree Celsius, enough to start the rapid melt of Arctic sea ice and knock many other systems out of kilter. The climatologists warn that unless we act with swiftness and courage to end the burning of fossil fuels, atmospheric concentrations will climb past 500 ppm and the temperature could climb four degrees or more within this century. That would produce a grim planet, at least for most of the species that currently inhabit it, ours at the top of the list. Remember the language from that NASA study: not compatible with "the planet on which civilization developed and to which life on earth is adapted."

In the face of this scientific warning, our political leaders have essentially done nothing. The U.S. House of Representatives voted in April to defeat a resolution saying simply that "climate change is occurring, is caused largely by human activities, and poses significant risks for public health and welfare." This is Lysenkoism, pure and simple—the attempt to overrule science when its findings are ideologically offensive. Oddly, the champions of this Lysenkoism style themselves "conservative." As Archer's book makes painfully clear, they're acting with a radicalism unprecedented in the planet's history. Their rhetoric is unlikely to sway the forces tracked by physics and chemistry.

Bill McKibben is the author most recently of Eaarth: Making a Life on a Tough New Planet (Times Books/St. Martin's).

Clark, why discuss the shape of the Earth when we know it is spherical? Much of the climate change debate you suggest would be akin to doing just that, and those in this country who are ideologically driven (which includes many uninformed evangelicals, I'm sorry to say) would not be persuaded no matter what evidence is produced. We know climate change is happening, anyone over fifty years of age has seen it happening before their eyes (if they were open). Now the discussion and all of our efforts need to focus on how to slow climate change.--Dan Bruce, The Prophecy Society