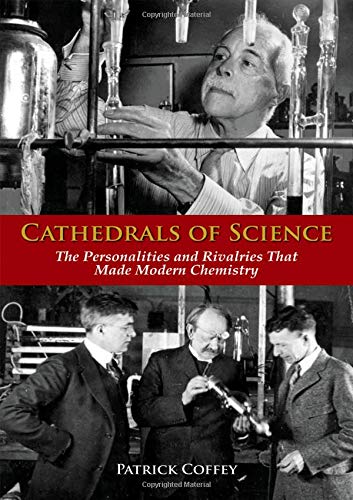 I once loved Star Trek, but I am about to shoot a posthumous photon torpedo at Gene Roddenberry. Why would a 50-something Baby Boomer (I was 13 when the first episode aired), who by all accounts should be nostalgic for the voyages of the Starship Enterprise, now scorn one of the icons of the Sixties? The answer is Spock. Like so many ill-educated people of my generation, I knew no scientists personally and assumed they were all like Spock. I mean, who wants to grow up to be Spock? Men don't follow him, women ignore him, and, according to Vulcan custom, he only has a wife/girlfriend for one weekend every decade or so—not the role model a skinny kid in the middle of hormone poisoning is looking for.

Captain Kirk, on the other hand, was in charge and had a babe on every planet. I made my choice and joined the Air Force right out of high school. Seven years later, I went to college (to be a writer—still had that Spock aversion), and 25 years after that got my current job at a museum and library of chemistry and early science, where I actually meet leading scientists. As it turns out, the men and women at the top tier of science are anything but nerds. Women or men, they are a lot more like Kirk than Spock. Sure, they have to master an immense body of knowledge and practice, but they also must possess the drive, the ambition, and the confidence bordering on or crossing over into arrogance that enables them to take the risks necessary to make great discoveries.

I work at the Chemical Heritage Foundation in Philadelphia, located opposite Independence Mall, on the same block as Ben Franklin's house. Our founding president, now chancellor, claims we preserve "the greatest human adventure ever." Like the rest of our staff of 60, I smile wryly at the claim, even though it is delivered in a sonorous British accent.

But if the history of chemistry lays only dubious claim to being the greatest adventure in all of history, it certainly is an adventure: quite different from the nerdy stereotype of the history of science, and much more like Captain Kirk than Science Officer Spock. Such is the lesson of Patrick Coffey's lively survey, Cathedrals of Science. The men (mostly) and women (more every year) who make this history fight for jobs and recognition just like ballplayers, doctors, artists, actors, and accountants who strive to reach the top of their profession. Along the way, they prefer their friends, sabotage their enemies, and tilt playing fields the world assumes are level. Those of us who work in a place that bestows awards and collects oral histories know that every sort of personality can be a great scientist: the bold, the shy, the plodding, the brilliant, the generous, the spiteful, the humble, and those with more self-assurance than a shark in a minnow tank.

We host award ceremonies and history conferences where we hear talks by the passionate people who become the leaders in science. Mildred Cohn, mentioned in Coffey's book at the beginning of her career, talked at CHF recently about the struggle of being a woman and a chemist in the 1930s. Then she showed the audience a picture of her first time hang-gliding—on her 90th birthday.

In 2001, Gordon Moore talked about turning silicon chemistry into a successful business—yes, that Gordon Moore, author of Moore's Law and co-founder of Intel Corporation. Moore and his partners left behind the biggest firm in semiconductors at the time to found Intel. In hindsight it was a billion-dollar move, but in 1968 it was a big risk.

In 2005, nearing his 80th birthday, James Watson was still crowing about beating the chemist Linus Pauling (1901-1994) to unravel the structure of DNA, a discovery he had made with Francis Crick more than 50 years earlier. Even though Pauling lost the DNA race to Watson, he is one of just four laureates—with Marie Curie, Frederick Sanger, and John Bardeen—ever to win two Nobel Prizes. And Pauling is the only one of the four to win an unshared prize. Another man might have treated the memory of such a distinguished competitor more generously, but Watson was still enjoying his triumph—not being "logical." More recently, Watson became infamous for pessimistic comments on the future of Africa, based on the notion that the continent's woes stem from the inferior intelligence of its indigenous population.

Most scientific biographies put their subjects on pedestals. But times are changing, and Coffey's book is representative of a new candor. Weaving together the lives of the leaders of modern chemistry, Coffey shows how fights over priority, backstabbing, cronyism, and grudges shaped the history of chemistry just as much as the actual discoveries. It is an effective antidote to the bromide that science is the work of selfless, Spock-like automatons.

The story Coffey tells centers on two American physical chemists, Irving Langmuir and Gilbert Lewis, who began their careers together in the first decade of the 20th century. Langmuir was thoughtful, affable, brought people together, shared credit (mostly) with collaborators, and managed to be a great family man while becoming rich and famous: he won a Nobel Prize and appeared on the cover of Time magazine. Lewis was home-schooled, did not play well with others, carried lifelong grudges for slights large and small, and died in self-imposed obscurity without a Nobel. In fact, in big-league science, Lewis is comparable to Dan Marino, the best quarterback never to win a Super Bowl.

How famous is the name Gilbert N. Lewis? Now and for more than half a century, every college chemistry student and many high school chemistry students learn to draw Lewis structures—the chemical bond diagrams that show how molecules large and small fit together. The Lewis Acid-Base is among the important definitions every chemistry student learns. Though more than 150 men and women have earned the Nobel Prize in chemistry since Jacobus Van't Hoff earned the first in 1901, few get mentioned in the teaching of chemistry—and fewer still have a presence and a name that lingers in the everyday teaching of chemistry in labs at every college in the world with a chemistry department. Lewis may have the most recognizable name in chemistry, but no Nobel Prize.

Those familiar with major science awards might presume that Langmuir, recipient of the Nobel Prize in chemistry in 1932, was the theoretician and Lewis was of a more practical bent or—worse yet—connected to industry. The reverse is true. Langmuir worked for General Electric during his nearly 50-year career, making millions of dollars with discoveries beginning with his great improvements in the technology of light bulbs. His work with light bulbs led to discoveries in surface chemistry and to his Nobel Prize. Langmuir was, in fact, the first industrial chemist to win the most coveted award in chemistry.

Lewis, meanwhile, was credited with building the chemistry department at the University of California, Berkeley, into one of the greatest in the nation. He rejected any ties with industry or industry-related research in his 30-plus years as chair of the Berkeley chemistry department.

Lewis received his first nomination for the Nobel Prize in chemistry in 1922, then was nominated again in 1924 and 1925 for his work on chemical bonds and thermodynamics. In 1925, Lewis' nomination was blocked by an unfavorable report by Svante Arrhenius, who had won the 1903 Nobel Prize in chemistry. Arrhenius, a notably spiteful man whose machinations Coffey chronicles in some detail, was also at that time the only Swedish winner of the chemistry prize and had been instrumental in promoting or blocking many chemistry and physics Nobel laureates in the two decades following his own award.

Coffey says the negative report by Arrhenius was simply wrong about the importance of Lewis' work. The next year, Lewis was nominated again and got a more favorable report from another Swedish chemist, Theodor Svedberg, suggesting that Lewis should get the prize in the future based on further work on thermodynamics and the chemical bond. But by 1926, Lewis had effectively left thermodynamics and the chemical bond behind for new fields. And Svedberg, who suggested Lewis could wait, received the Nobel Prize in chemistry himself—that very year.

In the years that followed, Coffey relates, "nominations of Lewis were to pile up. In 1929 alone, Lewis received six nominations." In 1932, Lewis received four nominations, while Langmuir received two—and Langmuir got the prize that year. Coffey attributes Lewis missing the prize in 1932 and the next several years to the insidious work of Wilhelm Palmaer, a close colleague of Wilhelm Nernst, the winner of the Nobel Prize in chemistry in 1920. Lewis studied with Nernst in 1901 and developed a lifelong grudge against the German scientist. Lewis "published Nernst's errors whenever possible" in the two decades that followed. In his 1923 book on thermodynamics, Lewis cited many of what he believed were Nernst's errors, calling Nernst's effort to make his heat theorem predictive "a regrettable episode in the history of chemistry."

Nernst never responded in print, but Palmaer and Nernst were close friends—and Palmaer became a member of the Nobel Prize chemistry committee in 1932. Coffey makes a strong case that, by 1936, Palmaer had ensured that Lewis would never receive the prize. Palmaer, Arrhenius' biographer, had previously served as secretary of the Nobel chemistry committee and well knew how to write a memo that would torpedo a nominee.

Lewis was again nominated at the beginning of the1940s, but two decades of rejection and Palmaer's subversive work sealed his fate. Lewis died in 1946 in his own lab, in circumstances that led to speculation that he committed suicide. He had lunch with his old acquaintance Langmuir just hours before he died. Coffey believes that Lewis' death was an accident. Either way, it was a sad end to the life of a very great chemist.

A few pages into Coffey's complex and compelling tale, I flipped to the index and was very surprised that I did not find the name Istvan Hargittai. Hargittai is a Hungarian historian who has written extensively on the Nobel Prize itself, Nobel laureates, and some of the greats who did not get the biggest prize in science. His 2003 book The Road to Stockholm includes eleven chapters on the prize and its winners, then a final (and best) chapter: "Who Did Not Win." I have heard Hargittai speak about the subject of this chapter. He is direct and devastating in his judgments on why some of the greats in science were passed over for the big prize. Hargittai puts a human face on science (very much warts and all), which is missing from so much scientific biography.

Of course there has been a trend recently in scientific biographies to talk about lust in the lives of their subjects. We all know now that Einstein would not be named husband of the century. Erwin Schrödinger, known for the thought experiment "Schrödinger's Cat," created the Schrödinger equation, central to quantum mechanics, on a winter semester break. At the time he was having an affair with twin young women in one of his classes. He took one twin to the Alps and came back with the equation.

But while sins of the flesh haunt the lives of the rich and powerful, Coffey leaves these sins in the background to concentrate on the sins of the spirit central to their success or failure. It is Pride, Envy, and Greed that often make the difference between who gets the big prize and who doesn't.