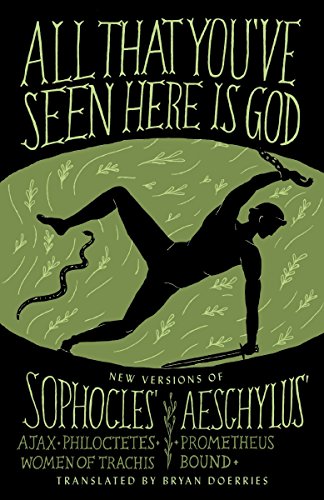 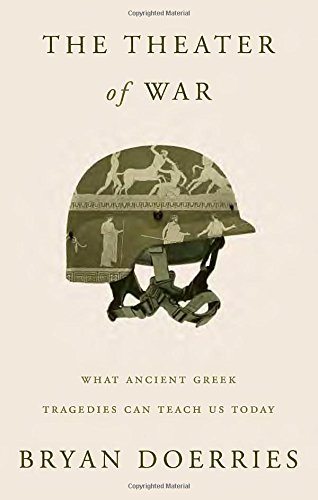 Fighters no longer had to maneuver frantically for individual advantage, take all the responsibility for their dependents, and go to pieces if they had a really bad day, because in their new egalitarian military structures they were bound to support each other's honor and security. The state would even dower war-orphan girls (in the Homeric and tragic stories, they become sex slaves, like Ajax's captive Tecmessa) whose means to marry were inadequate; this kind of provision must have removed a great deal of anxiety even from death in battle.

Hence, it was not any therapeutic effect of tragedy that would have made the idea of veteran suicides a head-scratcher for the Athenians. What a humiliating contrast with our military dispensations. I wouldn't throw up my hands in wide-eyed and dainty surprise to learn that the age of high demand for volunteer soldiers to serve in crushing conditions, the age of serial overseas deployments even from the National Guard, tracks the recent wage stagnation and generally deplorable treatment of low-skilled and entry-level workers: all this is so helpful to the "economic draft." The people on high cooperating in keeping the pressure on wouldn't, after all, imagine it ever impinging on their own children.

I have to acknowledge, in sympathy with Doerries, that his unpersuasive explanation of and limited purposes for his project are of a piece with the narrow and utilitarian way we handle high culture in this country. He clearly feels he needs to show what practical work his artistic work can do, whom it can fix, what national problem it can clean up. And he's no doubt right; without the special pleading, he wouldn't get the resources necessary for what he's achieved—he would have sat and dreamed of Paul Giamatti as Philoctetes.

But not only does his set-up keep really glorious adaptations away from the mainstream; it seems apt to deprive the tragedies of the most plausible benefit they could have for the traumatized, which is the benefit of universally shared beauty and meaning. We already ghettoize veterans, not to mention the dehumanizing of and profiteering from prisoners and the terminally ill. "Here's a piece of art designed just for you in your pitiable state" seems at best a pretty condescending prescription, like the notorious hundred-dollar laptop for Africans, which the Kenyan writer Binyavanga Wainaina describes as "a product that communicates to its intended owner: you are @@@@ed." Art, like IT, needs particularly to communicate between those who suffer more and those who suffer less. I don't think Doerries' tragedy productions would have any trouble doing that, and now that they're fully realized, I hope they will.

I have in mind a trip to the cinema with my father, a veteran of the mountain artillery in Korea. His knee had been shattered by a rebounding cannon; never replaced, the joint hurt like the dickens (his teeth were fantastically worn from grinding) and curtailed his exercise, harming his overall health. From the months of relentless artillery noise, he had a hearing loss that hampered his teaching, and in fact all of his relationships, for the rest of his life.

He once crossed a stream on top of enemy corpses. He watched two MPs order a Korean morphine smuggler to kneel down before they summarily shot him in the head. My father toughed it out and was promoted and decorated on the battlefield.

The Veterans' Administration treated him shamefully for years on end, driving him into a depressive panic that he would never be able to confirm his entitlement to medical benefits, so that he could secure the family home for my mother no matter what happened to his health. He hid the agonizing symptoms of cancer for more than a year and died, cheaply, before it was diagnosed.

He was, on all the evidence, a deeply traumatized, badly neglected veteran. But he came out of Braveheart with me quite cheerful and chatty—he'd really enjoyed the film, although the poor protagonist is captured and disemboweled at the end. If my father had been urged to see the film for his emotional betterment, and had expected to be debriefed afterwards, I'm positive he wouldn't have gone.

And he wouldn't have gone with an organized group of other veterans either. He wanted to see the film with me, a Quaker with no liking for war and no experience of it. The film didn't, of course, specifically parallel his experiences, and it was probably better that the setting was so remote, the story so romanticized; he loathed M.A.S.H. and its empathetic, protesting depiction of Korean War service. And I didn't have to say I understood; I just had to watch Braveheart along with him.

Sarah Ruden is a visiting scholar in classics at Brown University. She recently finished translating the Oresteia of Aeschylus for the Modern Library series with funding from the Guggenheim Foundation. The Harp, the Voice, the Book: A Translator on the Beauty and Meaning of the Bible is forthcoming from Knopf.